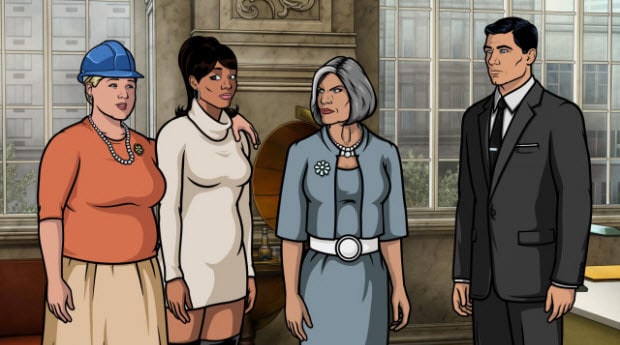 Meet the new Archer, which even the opening credits differentiates — Archer Vice has begun. While the setting of the series has pretty much changed completely, Archer Vice bears enough of a resemblance to its precedent that nothing is really lost in the translation. Sterling puts it crudely, saying that since the government has shut down their rogue agency, the natural turn of events would be that the ISIS group becomes a drug-dealing group. Outside of the requisite, half-hearted-because-she-knows-there’s-no-point attempts that Lana makes to explain why this is such a bad idea, she, Sterling and Pam get sent to Miami to initiate the deal that will Malory hopes will yield a bunch of money. All of the dialog and sight gags that Archer Vice uses are made of the same stuff that was responsible for why Archer was so clever and hilarious. So, if anyone was worried about the tone of Archer changing with the premise, they can breathe easy.

Pam quickly became one of the show’s better characters last year when she was given field work to take part in. “A Kiss While Dying” showcases why taking Pam on missions is always a good thing for these writers. She inadvertently gets hooked on drugs after smuggling it in via a body cast that gets partially absorbed into her skin. Letting Pam run amok while high is about as hilarious as you might expect — or even more so, if you weren’t expecting to see her eat her own cast and do some air-drumming to a made-up tribute song about the drug — and while the gags are pretty easy, especially given that a high version of Pam contrasts so sharply with Lana’s personality, the interactions between Pam and Lana are still fantastic. “You know what I could totally go for right now,” Pam asks.  Yes. A thousand times yes to how simply and perfectly something like that works.

The mission itself, too, feels right at home and could just as easily have been an undercover gig planned by ISIS to stop some kind of terrorism. Ramon, Charles and Rudy end up getting one over on Sterling, which both leads to other strong, comedic moments but also points out how off of their game the Archer Vice crew is right now. It’s going to take some better planning to get the money they want from the drugs, because trusting Ramon — who makes Sterling surrender all their weapons — turns out to be the wrong path. What’s more, the double-crossing is so needlessly intricate that even Charles and Rudy don’t understand, initially, why Ramon would go out of his way to try to convince the Vice team that the three of them have been killed. The reason, of course, is so Ramon can get a kiss from Sterling. This, too, might seem kind of cheap on the surface, but it brings to mind season four’s “The Wind Cries Mary,” in which Timothy Olyphant showed up as Sterling’s former best friend who also had a huge crush on him (and who may have taken advantage of Sterling at one point). It’s not the most satisfying of callbacks given that Sterling seems pretty comfortable granting Ramon his “dying” wish after being so traumatized by what he learned from his best friend last season. But it’s just one of many solid little moments, like the There Will Be Blood reference with Woodhouse, that contribute to the whole of an episode of this series.

The B-story back home — Cheryl beginning her career as a country star — is much less interesting, but it also contains Krieger, and that’s always a good thing. The scenes hardly function more than humorous breaks from the main plot, but Krieger’s camera set-up and Ray being the worst vocal coach of all time have an Archer charm that’s hard to resist. Cyril and Malory are the ones that are most guilty of dragging the episode down even though a dynamic is set up between them that should pay off as the season progresses. Archer is only as good as its last laugh, though, so “A Kiss While Dying” ends up totally succeeding as the credits kick in after Charles and Rudy chastise Ramon. This is all a great start to Archer Vice, which should be much more action-packed than your normal half-hour television series. How seriously it’s going to take the new versions of these old characters will probably be the most interesting thing going forward considering Lana’s pregnancy. Leave it to Adam Reed to figure that out, though. 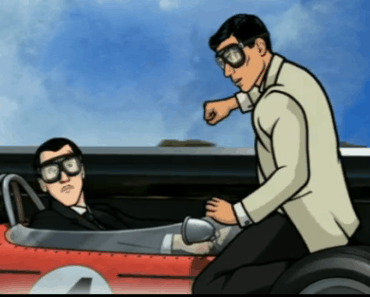 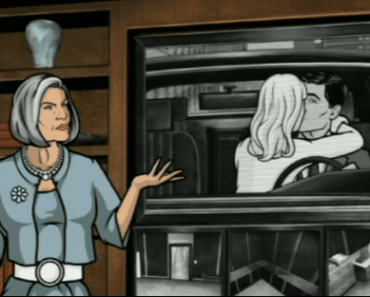 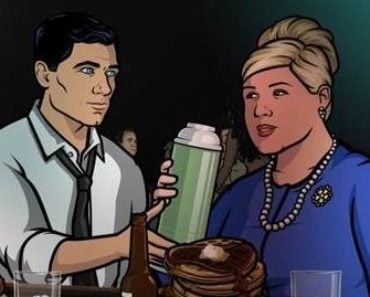 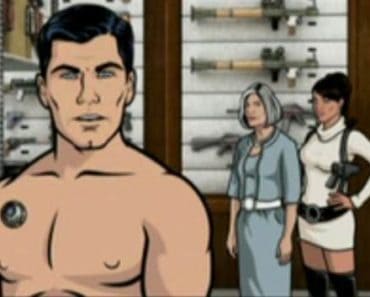 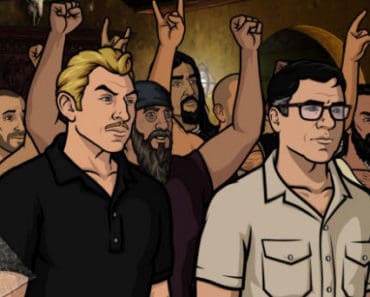 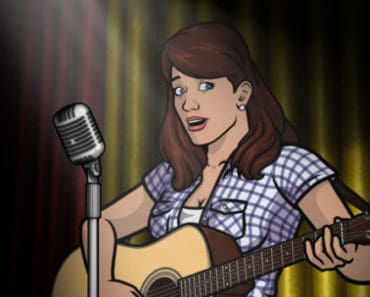