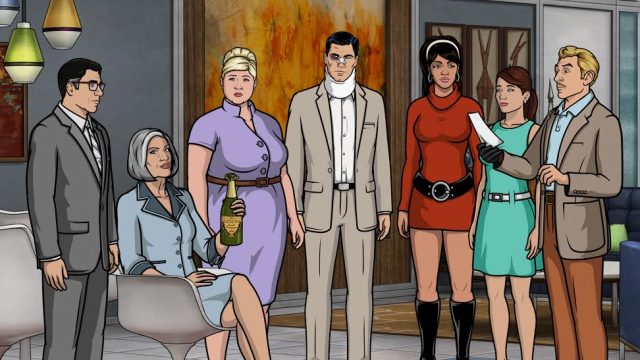 FX is giving its viewers a whole lot more of Archer. The cable network has renewed its animated comedy series for three more seasons (Seasons 8, 9, and 10) and reached a new overall production deal with Floyd County Productions, which produces Archer.

Archer Season 8 will consist of eight episodes and premiere in early 2017. Two more eight-episode seasons will follow after that.

“We can’t say enough about what Adam [Reed], Matt [Thompson], and the entire Archer team at Floyd County have done to keep this series so insanely funny and vital through seven seasons,” said Nick Grad, co-president of original programming at FX Networks and FX productions, in a statement. “The move to Los Angeles this past season as private detectives was just the latest twist in Archer’s legendary exploits and the next three seasons will to be just as amazing and unpredictable. We are thrilled to continue making great TV with our friends and colleagues at Floyd County.”

In Archer‘s most recent season, Season 7, the Figgis Agency presented all new challenges for the former spies, the most difficult of which might have been the move to Los Angeles. Every seedy surveillance of a suspected adulterer or investigation into insurance fraud was actually just another excuse for the staff to undermine, sabotage, and betray each other for personal gain.