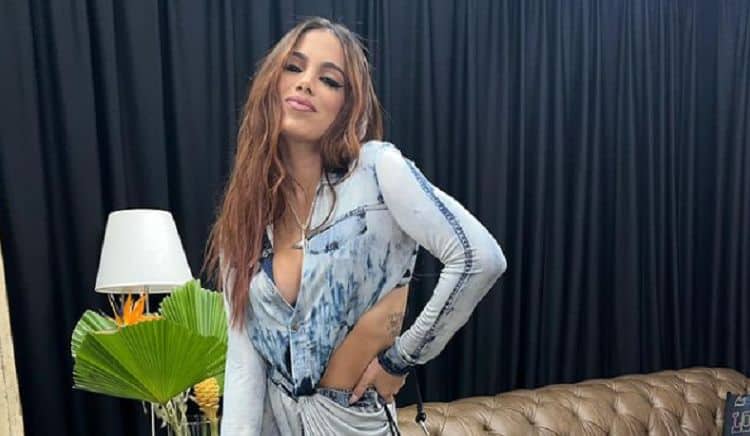 When Anitta was young, she was a star. By the time she was 17, she was an international sensation. The Brazilian singer is one who has done all she can to see her career thrive, and the world has known her by name since 2013. Her career is a long one that has taken her from the stage to the television where she’s been a presenter. She’s also writing songs. She’s also a businesswoman, and she has worked with some of the most famous companies in the world. If you don’t know her, though, it’s time to get to know Anitta.

She was born and raised in South America. She’s from the city of Rio de Janeiro, which is a major city in Brazil. It’s home to many, and it is a diverse melting pot of people who are all doing what they do best. She is one of those talented stars.

She was born and raised in the 90s. She actually had the pleasure of growing up throughout most of the 90s before the internet took over and social media was a constant presence in the lives of everyone around, and she is proud of that. She was born on March 30, 1993.

3. She is a Musician

Her biggest claim to fame – though certainly not her only claim to fame – is the fact that she is a successful musician. She is a star, and she’s been known by many since her song “Show das Poderosas,” was released in 2013. She focused much of her life on her voice and her dancing, and it’s paid off with numerous hits, awards, and the ability to take her career to the next level.

4. She Does Not Use Her Birth Name

Her birth name is not the name she uses on stage. Rather than her given name, she goes by Anitta. She chose the name because she was inspired by a television character she loved. She loved the character and what the character meant to her, and that is why she chose it. She was actually born with the name Larissa de Macedo Machado.

5. She Was Raised by a Single Mother

Though she does have a father and he is named in her online biographies, she was not raised by her father. Rather, her mother raised both her and her brother, and they did not grow up in a nice community. They grew up in an area not known for being overly nice. It’s called Honorio Gurgel. While they did not have much, she was given the opportunity to pursue her dreams, and she took it.

By the time she was only 8, she began her singing career. She was part of the choir at her local church, and the practice and experience she gained there are so important for her and for her career. Her grandparents are actually the people who want ed to see her at church and singing, and she owes them that. Without their encouragement, no one knows what might have happened to her and to her career when it was time for her to make changes.

7. She Used Her Allowance Well

By the age of 11, she knew she was going to be a famous star. She used her own allowance to learn English. She took lessons to learn the language, and it has also helped her tremendously throughout her career.

Dance lessons are something that were also an integral part of her life and career. She began taking lessons when she was young. Her mother’s teacher is the one who helped her learn to dance, and she has used that her entire life.

She’s a woman who identifies as bisexual, and she dates a lot. She’s been in several high-profile relationships since she began her career in 2010. Since 2011, she’s been in relationships with Mr. Thug, Ohaha Lefundes, Pamel Tosatti, Pablo Morais, Pedro Scooby, Gabriel David, Gui Araujo, and she married Thiago Magalhaes, a businessman, in 2017 and divorced him in 2018. She is not afraid of love.

10. She’d Do Something Different if Music Didn’t Work

If she didn’t find her career in music or television or presenting in the public eye going well, she’d have a completely different job. You see, she’d work as a psychologist. It’s something that interested her growing up, and it is something she feels she’d be very happy to do with her life.