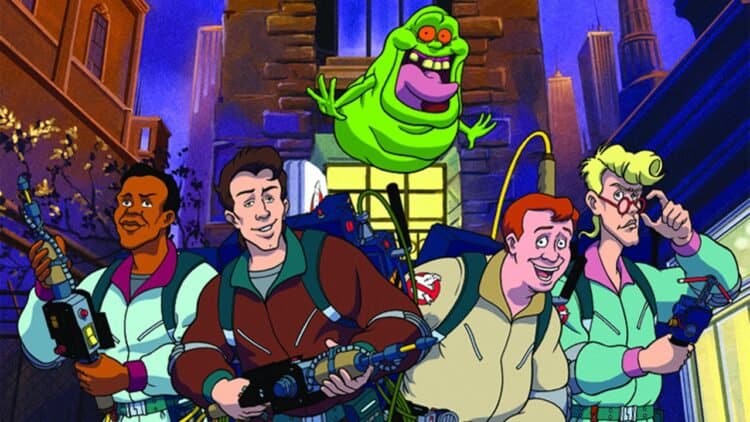 There isn’t exactly a huge demand for the Ghostbusters at this time since Afterlife was a fun and worthwhile movie but it wasn’t the epic that a lot of people might have been hoping to see. But there could be an advantage in not treating this franchise like a humongous deal, and it has a lot to do with the fact that the Ghostbusters have been a mainstay in pop culture for a long time now. Their claim to fame has been their ability to provide a service that no one else has thought of, and it’s been their purpose for so long that trying to see anyone else doing it almost feels like, well, a cheap copy. Yes, Ghostbusters 2016, I’m looking at you. But the animated version of the Ghostbusters was also a great addition to the story since it took things further and created a demand that was able to push merchandise like crazy and keep the group firmly in mind for so many years. It even made great use of the first ghost the guys ever caught, as Slimer became the mascot for the Ghostbusters.

But it does sound as though an untitled Ghostbusters animated movie is in the works, and at the moment it’s tough to know how to feel about that. The animated show was a lot of fun since it moved the story forward in a manner that delved even deeper into the world of ghosts and spooks as the guys became even more necessary to the city. One would think that they cleaned New York in the movie, but that wasn’t the case since they kept finding new spirits to deal with and even went to the ghost world at one point. What this new movie will do and who will be lending their voice to each character is unknown at this time, but it does feel as though the movie might need to impress a lot of people when it comes to being seen on the big screen.

The animated series hasn’t been on the small screen since 1991, which means that there are likely a lot of people that don’t realize that there was, at one time, a cartoon version of the Ghostbusters. But to be fair, the animated series lasted seven seasons, so it’s fair to say that there might be a lot of material to pull from for a movie if that’s the desire. If not, then there are still plenty of ideas to pull from since given that the Ghostbusters deal with the supernatural, there are a lot of different angles that can be covered to keep things interesting. But bringing the guys back would be interesting to see since after 30+ years it might be nice to see that the cartoon versions have aged as well. There’s even a thought that perhaps, just perhaps, there might be enough adherence to the live-action movies that it could give people an idea of who Egon had kids with. That might be kind of unrealistic since it might be that the animated version might be kept separate from the live-action. If the two connected at some point though it would be intriguing.

It’s kind of exciting to think that maybe the animated movie might give rise to a new team and a new era of the Ghostbusters that would be formed to deal with a new threat that had been lying dormant for so long. The new team aspect is going to be necessary anyway since even in the cartoon it’s fair to say that the guys should be getting older, especially if the goal is to move forward and not travel back to the past. If the latter is going to happen though, it could be kind of interesting, since there are a lot of stories that would be capable of being told if this happened. An animated Ghostbusters movie could be what’s needed to liven up the franchise a little since it was established that both the 2016 reboot and Afterlife were meant to put a bit more pep in the franchise to keep it moving forward and keep the interest of the fans. Afterlife was a good way to do this, but it did touch upon an old idea in a new way that might not have satisfied everyone.

In that vein, it’s fair to state that the animated version is going to have to do something uniquely special to get people to think that it will hold up in a way that will be convincing. This is quite possible, but it’s still going to require a great deal of work, especially since getting people pumped for an animated version of The Ghostbusters might be a little bit challenging at least. But we’ll have to wait and see how things go.