Home
Movies
Could Vigo the Carpathian Return in Another Ghostbusters? 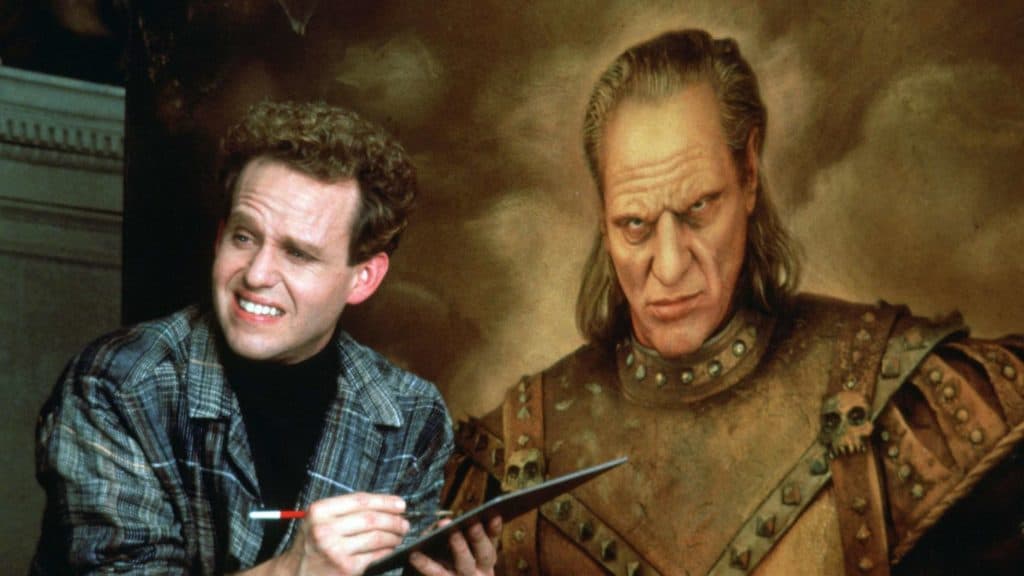 There’s been a good deal of talk following the release of Ghostbusters: Afterlife, and it’s fair to think that another movie might be coming eventually, but even with the various ideas that can come from a resurgence, there’s one villain that a lot of people would apparently like to see more of, and that’s Vigo the Carpathian. There are a lot of ghosts out there that have a score to settle with the Ghostbusters, but Vigo is one of those that would definitely come back swinging considering how he was defeated in the second movie. As far as whether this could happen or not, well, there’s that favorite saying that many people abide by, never say never. But in order to make it happen, it’s likely that a bit of recasting would need to be done since Wilhelm von Homburg, the actor that played the part of Vigo, passed away back in 2004. But casting Vigo doesn’t sound like it would be the hardest thing to do, since one mention out of the many that might be made feels like a winner, and that’s Vladimir Kulich.

While the name might not ring a bell, those that have seen The 13th Warrior or Smokin’ Aces might remember him as Buliwyf or The Swede since he played notable roles in both movies. He could represent at least one choice for the role, but it’s likely that there would be others. But it almost feels as though the next movie, if it does bring back Vigo, would be better off setting up for either another trilogy in which the ghosts start to gather and come up with yet another plan to dominate humanity, could come up with something else that would be just as diabolical. Considering that Gozer is captured, not destroyed and that the same can be said of her minions, it feels as though it would be kind of insane to think that Vigo could come back and that New York could become the epicenter of ghost activity once again.

But a team-up between Gozer and Vigo feels like it would be kind of difficult to write up, and it might be that Gozer had her time, though this feels like it wouldn’t be quite the fitting ending that she needs. Plus, bringing Vigo back does appear to be kind of a challenge since, despite the fact that fans want to see him again, one has to remember that the guy was blown up in his own painting and apparently defeated in a way that doesn’t inspire any hope for a comeback. Of course, this is the Ghostbusters universe and it’s fair to think that anything can be brought back in one way or another, especially since it would appear that Gozer worshippers might have been more plentiful than anyone realized given that Egon found Gozer’s tomb in Oklahoma. On top of that, there’s nothing to say that there wasn’t another rendering of Vigo somewhere in the world since during his life it does sound that he was kind of a badass and might have found other ways to cheat death. Remember, it’s a movie, so suspension of disbelief is going to run hot and heavy when it needs to in order to cover the plot.

There’s no doubt which way fans lean when it comes to who the more powerful is between Gozer and Vigo since the gist of it is that Gozer is a god-like being while Vigo comes from a haunted painting, more or less. But the two of them working in tandem still feels like something that might be kind of interesting to see in a movie and might require the original Ghostbusters and a group of new recruits that could take on the new and revived threats. It does sound like an intriguing idea, but it also sounds like something that might take a while to really figure out so that it doesn’t become another debacle like the 2016 attempt. One kind of has to expect that the attempted reboot is going to be held up as an example of what not to do for a while, even if there are plenty of people that are trying to defend it.

But finding a way for Vigo to come back would be something that, apparently, people would be willing to watch since it’s not a bad idea considering that he was powerful enough to give the Ghostbusters a hard time, and if he and Gozer could work together instead of kill each other, then it might make for a fun and engaging movie. It does feel as though it could take a while to make such a thing work though, so at this point, it’s best to just dream and keep your hopes alive rather than expect anything to come of it.