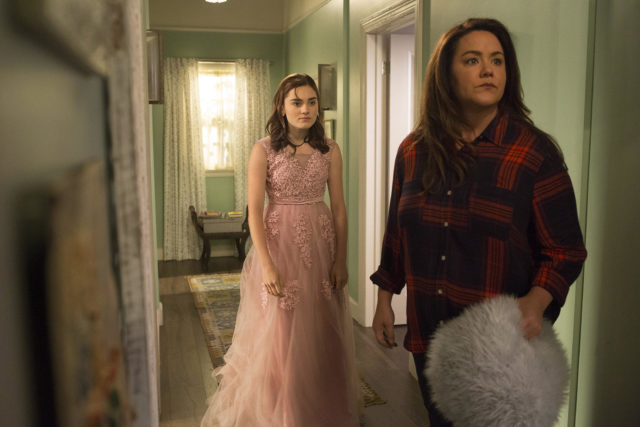 American Housewife is an ABC sitcom centered around Kitty Otto, a housewife who seeks to stand out from the other housewives living in Westport, CT when she moves there. This is important for her because her newfound peers tend to be proud, privileged, and pretentious, which is not the most endearing of combinations to say the least. So far, American Housewife has proven to be successful enough to receive two seasons of episodes, but it is still some time before interested individuals will be able to learn whether it has received a third season or not.

Why Did the Residents of Norwalk, CT Complain about American Housewife?

Recently, American Housewife was the subject of complaints supported by a fair number of people from Norfolk, CT as well as people who sympathized with said individuals. For those who are curious, Westport and Norfolk are real municipalities situated close to one another. However, Norfolk has a reputation for being rich but not as rich as Westport, which is why the characters on American Housewife often make fun of Norfolk residents for being either unclean, unintelligent, or a combination of both characteristics.

However, the straw that broke the camel’s back seems to have come with the Halloween episode, which saw Kitty’s eldest daughter Taylor dressed up as a pregnant “Norfolk prom girl,” which is insulting for reasons that should be obvious. Suffice to say that this insult as well as the previous insults that had been hurled at Norfolk convinced a Norfolk resident named Andy Ross to start up a petition demanding for ABC to apologize for the insults. Although the petition received more 500 signatures, what was more interesting were the people who signed onto it, with examples ranging from the mayor of Norfolk to the superintendent of Norfolk’s schools.

In fact, even the State Majority leader Bob Duff signed the petition, which makes it clear that Norfolk residents took a lot more exception to the insults uttered about them by a random sitcom than most people would have expected. Still, Norfolk residents have understandable cause to be upset, particularly since the pregnant “Norfolk Prom girl” is the sort of insult that would have crossed a line for a lot of people out there.

Concerned about its reputation, ABC has chosen to institute new rules for American Housewife. As a result, Norfolk will no longer be mentioned by the series, which should come as welcome news to those Norfolk residents who have become fed up about being the subject of mockery. It is interesting that ABC made this choice even though the number of people who have signed the petition are still low in the grand scheme of things, but considering the sort of image that it wants to build for itself, it could be said that this is a proactive move meant to prevent something bigger fueled by even more outrage. With that said, considering that Norfolk has just made it clear that it cares about being made fun of, one can’t help but wonder whether other series might be tempted to take a shot at it, particularly since some of them have much more bite to their humor than that of the relatively tame American Housewife.