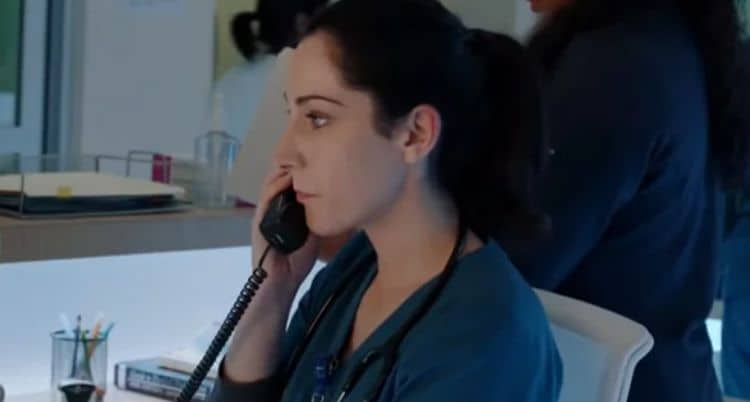 Amanda Marcheschi grew up going by the nickname Mandy. It was her thing, but it was not her only thing. She was also a talented child whose social life was busier back then than anything you might imagine now. She was involved in so many groups, lessons, schools, and situations that allowed her to learn what she knows now – things that allowed her to become one of the most talented actresses on television. She’s currently working as the memorable Nurse Dina on the hit show “Chicago Med,” but she is also part of the Fire and PD series as a result. The crossovers are big on that trio of shows, and her face is familiar as a result. Here’s everything you need to know about her.

1. She is From Chicago

She might be famous for her role on a hit Chicago show – and two others as a result because of all the cross-filming they do – but she is also from the area. She was born and raised in Chicago, and she spent her entire childhood and part of her adult life living there. It is a great place to grow up.

Beginning when she was only 3, she took up the art of learning to dance. She was signed up for lessons at a school of dance called the Jerry Barrington School of Dance. It was there she learned character dance, ballet, and tap.

What we love about her skills playing the piano is that her own mother taught her. She was around four when her mother began to teach her this skill. She continued to allow her mother to teach her and to practice with her until she was around 12. At this age, she may simply have been too busy to continue.

When she is not busy with her other talents, she can sing. She doesn’t always do it, but she was trained growing up. She spent some time singing in the choir, but she also took voice lessons. Her lessons came from the Merit School of Music – it’s not easy to obtain admission into this program to learn. She did it, and that speaks of her talents.

5. She Attended a Catholic School

Growing up, she was part of a religious educational foundation. She went to a school for girls called the Regina Dominican High School. She loved it there, and she was part of so many different programs. She spent a lot of time working on her future by joining many different clubs and participating in different activities that brought her a tremendous amount of joy.

6. She is a College Grad

Following her high school career, she knew she would pursue a higher degree. She enrolled in courses at the Chicago College of Perform Arts at Roosevelt University. She did not go far from home for her education, and it worked in her favor. From this university, she obtained a BFA in theater.

7. She is a Theater Actress

She’s an actress who loves to spend time on stage. She was part of many productions throughout the course of her career, and it has made her a success. She’s someone who learned so much on the stage, and that is where you really get to be part of something special – what you learn there can only help in anything you do.

8. She Moved to New York City

Following her life on stage in Chicago, she knew it was time to move on to bigger and better things. The theater scene in Chicago is huge, but it’s not New York City. She left. Pursuing her career in New York City ended up being something she was exceptionally excited about, and she did it with grace.

9. She is a Voice Actress, Too

When she’s not starring in the hit Chicago trio of shows, she’s doing other things with her acting. Aside from her theater work and her commercial work, she lends her voice to many different projects. She’s a proud voice actress, and she does what she can to make that work for her. She’s got a lot going for herself, including the fact that she is always in high demand.

She’s a married woman, though she likes to keep her family out of the spotlight as often as possible. She is married to a man whose name is Peter, and they share two sons. Their sons are Charlie and Tommy, and she is one proud mother.