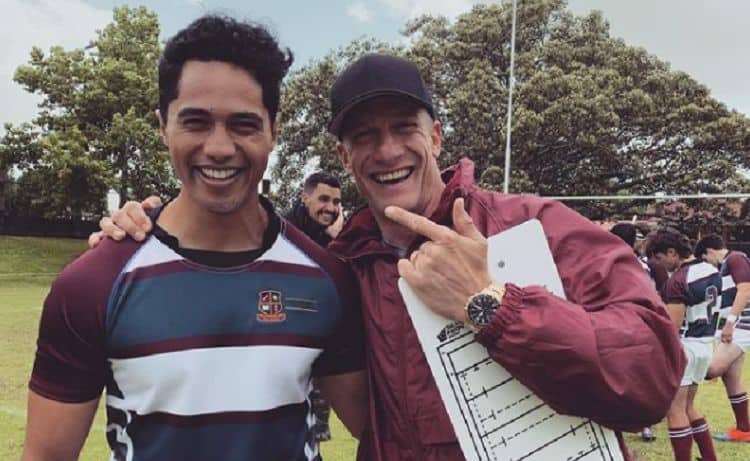 Alex Tarrant is an actor from New Zealand who is making a name for himself in the business. He is currently starring in the anticipated new NCIS show, “NCIS: Hawaii,” and this only means he’ll have more fans than ever. His new show is a spinoff of the hugely popular NCIS franchise, and if the other hits from the franchise are any indication, this one is certain to be another major hit for the network. For the moment, though, fans are just curious about the actor. Who is he and what’s he like? He’ll soon be a household name in America, and fans want to know all the things about him.

He doesn’t exactly specify when he was born, but the internet has decided it was in the early 90s. From what little information is available to us, it appears he was born in or around 1990 or 1991. This would make him someone in his late 20s or early 30s as of 2021.

This much we know, but we can give you more. He was born and raised in a place called Raglan, New Zealand. His ancestry is rich. He has ancestors who are Samoan, Maori, and Niuean. He graduated from high school in New Zealand in 2008 (which helps us figure he was born in 90 or 91).

Tarrant is a man who went to drama school. He knew this was something he wanted to pursue in his life, and he did just that. He graduated from the Toi Whakaari school, which focuses on drama. In fact, the school is well-known for being the foremost school of drama in the area, which makes it highly prestigious.

4. He Won a Scholarship

His talent was widely recognized even before he was famous. When he was in drama school, he earned a scholarship for his final year. He won the Museum Art Hotel Scholarship, which was likely a huge blessing for him going into his final year of school.

Dyslexia is a common reading disorder that affects millions. Essentially, it means that there is nothing wrong with his intelligence level in any capacity, but he struggles with reading because he does not comprehend what he is reading to a full degree. Most commonly, people recognize dyslexia as a disorder that causes them to get their letters and numbers backward while reading, but the disorder can be more complex than just mixing up numbers and letters. He was diagnosed when he was in school.

Sorry, ladies, but Alex Tarrant is not on the market. In fact, he is engaged to a famous actress. His fiance is Luci Hare, who is also from New Zealand, and they even worked together at one point. They recently welcomed their first baby, and he is adorable. His name is Beau, and he is a doll.

According to his lovely fiance, he was born to be a father. In addition to the son the couple recently welcomed, his wife would like to foster children. She believes her fiance was born to raise babies, and that they are in such a position that they can help kids who desperately need someone to love them and someone to give him a happy life and something good that they are already missing.

If there is one thing he is really good at, it’s being a father. However, he’s also good at other things. When he was first introduced to his new son after his wife went into labor, he felt immediately like a father. He felt he’d been a parent for so much longer, and he feels that it’s just a natural instinct to love a little person and protect them so much when they come into your life.

While he and his fiance both work in the business, they are both good at keeping their private life to themselves as often as possible. While they will gush over their little boy any time you ask – or even when you don’t, because that is what new parents do – you will find that they don’t often share the very personal details. That’s good for them, though.