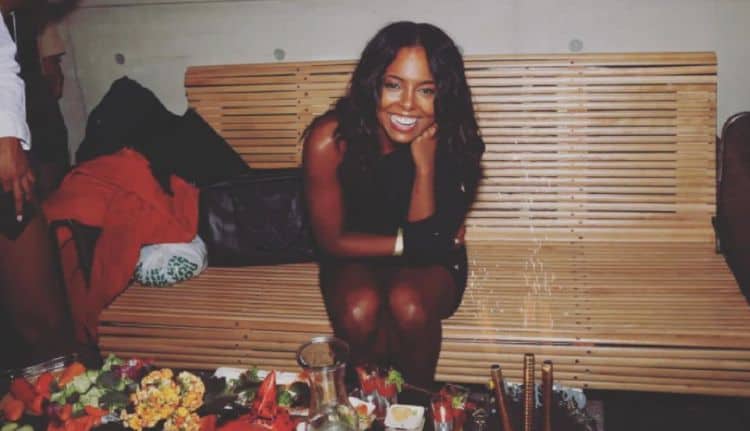 When Adrienne Warren took on the role of Tina Turner, she knew her life would change. She was, after all, only taking on the role of becoming one of music’s most iconic idols. When she debuted as Tina Turner in “Tina,” in the West End in 2018, she took the world by storm. She blew it out of the water, and she did it with what seemed like such ease. She’s now one of the most acclaimed actresses on the stage, and she is coming back. She’s back on limited terms this time, and the world is beyond excited about it. On that note, who is Adrienne Warren, and what is she like?

She might not look like a woman in her 30s, but she was born on May 6, 1987. She grew up in Virginia, where she attended school. She was a high school student at the Governor’s School of the Arts, and she always knew she’d do something like this with her life.

2. She is College Educated

When she finished her high school career, she knew college was the next logical step for her as it is so many kids who want to see what they can make of life. She enrolled in courses at the Marymount Manhattan College campus, and she obtained her degree in 2009. She’s proud of what she accomplished there, but it’s her life now that has her winning.

She took on the role of Tina Turner in 2018, made her debut in 2019 on stage, and she brought home the prestigious Tony award for best actress in 2020. She’s not just good. She is stellar and talented, and no one can argue that point when it comes to this woman.

Growing up with both parents working as school coaches, it is only natural she is an athlete. She grew up on the basketball court, but she also took time to cheer on Broadway and play other sports. She’s an athlete and it shows in her dancing and her skills on stage.

5. She Was Badly Injured Before Her First Performance

The night before her first show as Tina, she was so badly injured when she got home that she could not even stand up. She did not know it, but she was suffering from a herniated disk, and she could barely move. She had friends over to help her bathe and get herself together, and before the curtain went up on the opening night, her co-stars were holding her upright. She didn’t let the tremendous pain stop her, though – and critics loved her.

The role of Tina Turner on stage was a brutal role. She was on stage almost every night of the week except for the Wednesday and Saturday matinees. She got to take those to herself with someone else playing her role. However, the work was brutal, the pain was intense, and she never had a moment to rest. As a result, she was a mess. She was suffering horrible injuries, and she didn’t know how to handle them and keep her job.

7. She Looked at the COVID Lockdown as a Relief

At first, that is. The first few weeks when the world thought it was just a few weeks was one thing. She thought she would finally have time to rest and to heal, to finally get some relief and put her body back together, and she was thankful for that. However, that was not the case – though she did start to feel better.

8. She Wasn’t Happy With Broadway

When BLM was all over the news in 2020, she wasn’t happy that the Broadway community didn’t have anything to say about it. She felt she was working hard for them, but they supported her by saying nothing about BLM.

9. She Was Gabrielle Union

She was Gabrielle Union’s character, that is. She did take on the role in the 2012 stage performance of “Bring it On,” and fans loved it. It was such a big movie when it came out, but we imagine the world involved in performing those stunts and moves regularly was brutal. She’s a strong woman, we can say that.

She regularly works out, and she has to. Her roles are physically taxing, and she has to be physically strong to deal with those roles and the tax her body pays on them. She’s strong, she’s young, and she’s talented, but she also works hard to make sure she’s all of the above.