Home
Movies
A Sci-Fi Short Film You Should Check Out: The 2 Bullet Solution 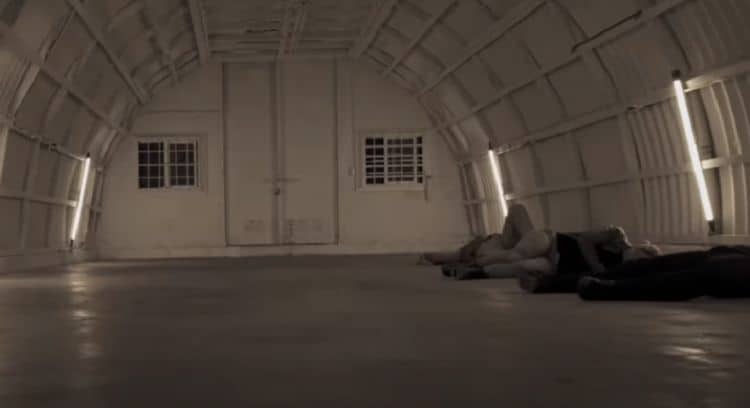 Well now, that looked like some Old Guard mixed in with something else, didn’t it? Starting off a short like this with a certain number of people in a room who are given an ultimatum and a deadly situation is actually kind of common these days but it’s still a great draw since the unknown aspect that sits between the individuals is great since it drives the conflict right away. The explanation of the situation is even better since it’s short and to the point, which is what’s needed for something like this so that there’s not too much exposition and the story is allowed to roll forward. After that, the action definitely drives the movie and it’s pretty cool to watch. A movie in which there isn’t a lot of explanation does manage to annoy some people and even make them anxious, but the fact that it gets right into the main action and doesn’t waste all that time on explaining things, or having the trio in this movie attempt to figure out who they are and they’re doing there, is perfect for this type of movie. The woman in the group does try to slow the pace down, but the guys aren’t having it.

The martial prowess on display in this movie is great but it does feel that there might be a couple of times when the strangers have a split second in which they could fire off a round, but that’s a matter of perspective, to be honest and it might not be accurate. Still, by the time the movie is about to end, one might have pointed out a few different fallacies in the fighting scene that might have been rectified by doing something very different. But since I’m not a fight choreographer it’s hard to say for certain that things didn’t go just the way they should have.

Short movies like this are fun since they stoke the imagination and leave things either unresolved at the end, at least in the sense that everyone knows what’s going on, or they create a mind-bending story that could be continued if someone really had the ambition. There are a couple of moments when people might think that it’s not entirely possible, like forcing a bullet into a man’s forehead and then managing to hit it hard enough to fire the bullet into and then out of his brain and into the guy behind him, but the thing is that fiction is fun, and the suspension of disbelief is necessary sometimes if a person really wants to enjoy what they’re watching. Of course, some of the stuff we see on the screen isn’t possible, in fact, quite a bit of it isn’t unless we’re watching something that’s based on a real-life situation. But the point isn’t to watch it because it’s real, the point is to watch it because it’s entertaining. Short movies like this are meant to get us into the movie, get us interested, and then make us want more since the endings are usually something that makes us sit there with a strange look on our face as we realize that we want to know how the story continues.

That’s what a good story will do anyway since there are plenty that are bound to inspire and entertain various individuals that like what they see. What doesn’t work for one person might work for another, which is the way it’s been for quite a while in show business. Action is usually a good idea since there are plenty of people who want to see a great fight scene and will sit through one that lasts a few minutes so long as it’s quick-moving and features movements and effects that they can believe or can at least be impressed by. People aren’t too hard to entertain sometimes since they want to be amused, thrilled, scared, and give something that will tweak their emotions in a very big way. If that can be done then there’s not a lot that an audience won’t want to watch since anything new might be something exciting and even a possible hit if someone would be kind enough to pick it up and develop the movie. It’s usually a long shot, but it’s worth a try.

Short movies are a great way to spend your time finding new material to get into and perhaps even get inspired to write or film your own story. It’s true that a lot of things have been done over and over, but if one can find their own groove, their own way to create another story, then it’s a worthwhile pastime. Plus, some of these short movies are simply amazing, and their stories are rather compelling when one really thinks about it. And the best part is that there are plenty of them.

The Five Darkest Animated Movies of All Time