Home
Movies
The Movie “Ewok Adventure” Could Benefit From a Reboot 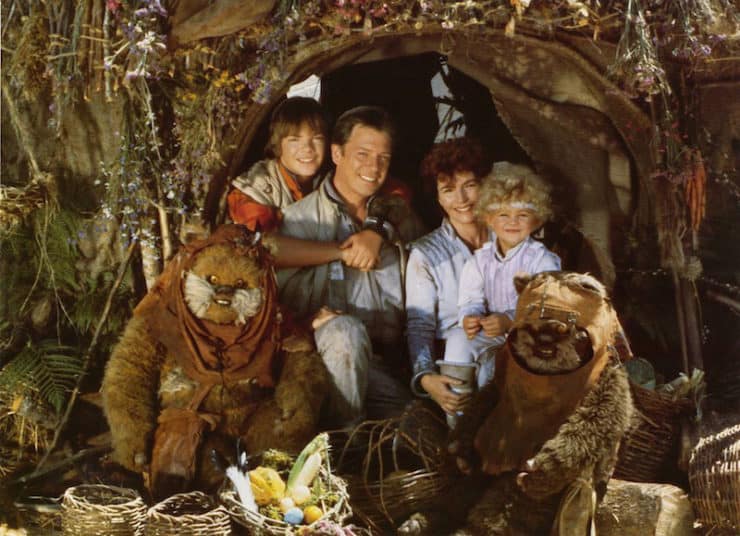 A big ol’ heaping of ‘duh’ definitely shrouds this one since Ewok Adventure was something great for kids that either loved Star Wars and the Ewoks, which is a rare combination to find these days since those that loved them as kids don’t tend to want to admit as much as adults. Personally I think they’re just fine since they were a different part of the story that could have been reworked a bit but weren’t all that bad. The movie itself though was a product of its time and was more of an afterthought really since it did bring an often-maligned part of Star Wars back into play as the Ewoks were enlisted to help two human children find their parents, who had been taken by the monstrous Gorax, a natural enemy of the Ewoks. It also opened up the forest moon of Endor a bit more since it showed other creatures that inhabit the forest and the outlands of the planet. In an effort to keep things moving ahead the Mouse House might be well within reason to think about taking the Ewok Adventure and remaking it, perhaps even with an attempt to find the original actors and give them a part if they’re still up for it.

Reboots and remakes are normally a debatable project with a lot of people since they tend to target movies that some feel the need to expand or improve upon, but given that this was one of the more hokey Star Wars-themed movies made it could be something that might benefit from being reworked and could even bring a little more fun to the whole Star Wars franchise. Likely as not it would still be seen as a side project that might not warrant a whole lot of attention or even top-notch actors, but it could still be something that might be brought to the attention of the fans and given a little more care than it’s been afforded throughout the years. It might even behoove the Mouse House to think about doing both Ewok movies since if you’ll remember there are at least two and both of them are fairly decent stories that need some work but could be kind of interesting if they were updated and brought to light. One thing to note though is that they’re both capable of going incredibly dark since the first movie deals with Cindel and her brother having to get by without their parents after their elders are kidnapped, and having to rely on the kindness of the Ewoks who don’t know them and could possibly just leave them to the wilds. Then there’s the idea that the Gorax could simply kill and eat their parents since there’s no way to stop it.

The second movie is even darker since Cindel does lose her family to the marauders and has to flee. The old man that she comes across doesn’t want her in his space to begin with and only later on decides that she’s okay and lets her in. Even then, but the time the movie is over and she and the old man are free of the planet the realization is that she’s an orphan and that there’s another story in the galaxy that could be told. It’s the kind of hard luck story that tends to permeate the entirety of Star Wars since the franchise really does thrive on stories that deal with a great deal of tragedy and don’t always come together with a nice, neat bow. In a way the franchise mirrors reality just a little more than many fantasy stories since it does deal with life on a very long and broad spectrum and doesn’t always allow the happiest story to be the one that we end with. This is one good point in the favor of these movies to be redone since keeping them the way they are and still finding the silver lining in them could make both movies into something unique and special within the Star Wars universe. It could even be possible to make both movies into one and keep the thrills coming a little more evenly, or they could be kept separate as they were to begin with and given a little more oomph to really make them stand out.

For whatever reason people have found to not like Ewoks this could be a bit of redemption towards getting people on track with actually enjoying the balls of fur that are so capable of more than people think. After watching Return of the Jedi again it’s kind of obvious how creating the movie today could be done in a much more effective way to make the Ewoks look a little tougher and more battle-savvy, but for now it’s enough to think that they could once again get their own movie if someone had the nerve to remake these two pictures.