Home
Entertainment
A Parkour Expert Weighs in on Parkour in Movies 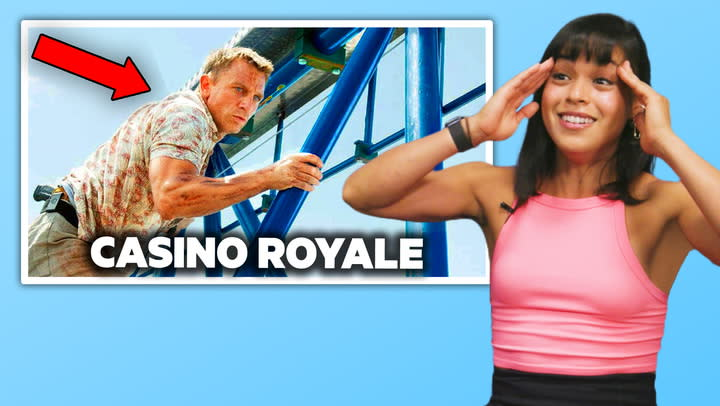 Just in case anyone has been confused by the difference between free-running and parkour, the expert in this video does go over it as she gets into which movies are accurate in their portrayal of the high-intensity sport. After watching enough instructional and professional videos on parkour it’s very easy to see that this sport isn’t for the faint of heart, and it’s not for those that are afraid of getting hurt when they land. It’s not tough to see why a person would be hesitant to get up and perform in this manner since parkour participants do tend to take on several high-risk challenges that might make a lot of people faint just from the thought of bounding from one surface to another. There’s no doubt that one needs to have a strong core and a lot of strength in their arms and legs when it comes to performing parkour, but what’s really interesting is hearing how each video goes on about how the process really works. The movies and TV shows that have depicted parkour aren’t exactly the best at showing every little nuance of this sport, but they do try.

Like anyone who engages in one activity or another, it’s fair to think that those in parkour are going to be particular when it comes to one movement or another. After all, this sport is far more precise than a lot of people might think since one has to know their steps and be able to measure what’s in front of them before taking off on a run. Parkour isn’t as easy as it looks, though it is a lot of fun to watch when people know what they’re doing and can simply glide along a surface as they vault over one obstacle and jump over others. There are a few movies out there that are insanely impressive when it comes to their accuracy and their ability to capture the more important elements of parkour, but then there are those that kind of make fun of the sport, which might be kind of irritating, even though it is kind of funny in a way.

During the episode of The Office when Michael, Dwight, and Andy were running around like loons and trying to emulate what they’d seen online, it was enough to make a lot of people laugh since their bumbling antics were something that one might expect from children. But to her credit, the expert does point out a few positives and does her best to explain why some of the things that were used and called out would be kind of accurate for use in parkour. It’s easy to admit that The Office was a funny show and was bound to poke fun at a lot of things. And on top of that, the parkour representation was yet another reason to laugh at Michael, Dwight, and Andy, so it’s all good. In other representations however it’s fair to say that the parkour representation gets a little dodgy since while it might not be displaying parkour per se, the techniques being used are easy to recognize and it’s fair to state that while the movie might not be claiming parkour as its inspiration, one can see the influence all the same.

Her look at Jackie Chan movies is interesting since when looking at everything that Chan has done to date, it’s very easy to claim that he’s one of the biggest pioneers of the sport, even if he was only doing his own thing. He might have still been a person of interest that a lot of parkour enthusiasts were looking at when they found their way into the sport since the kind of actions that Chan takes in a lot of his movies are simply too impressive to be denied. Watching Jackie Chan on screen, and realizing that he’s done the majority of his own stunts over the years, is the kind of thing that impresses a lot of people and has no doubt made him an idol in the eyes of many, including this expert. I mean, it’s Jackie Chan. If you’ve seen even one of his movies then you get the sense that he’s someone that has seen a lot and done a lot, and parkour is kind of a minor note on his miles-long resume.

But seeing Brick Mansions on this list was nice since David Bell is another big name in parkour considering that he’s one of the best at it and knows how to improvise for the movies. Granted, much of what he’s doing is for flair since it has to do with Hollywood, but there’s no denying that he’s the real deal. There’s also no denying that while parkour is likely for adrenaline junkies, it’s also for those that love the freedom of flying through the air and feeling the absolute freedom of movement that comes with this impressive sport.