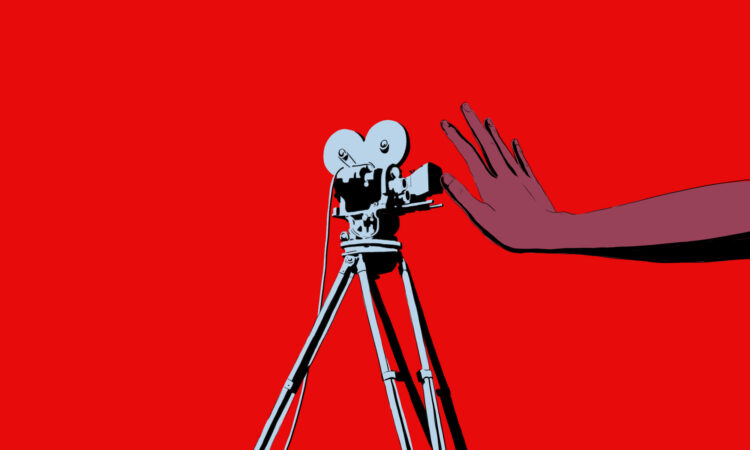 There has long been an urge to record the effects of film on society and culture, not to mention, on the minds and hearts of viewers. Indeed, when you look at the history of film censorship and then compare that to the various eras and cultural aspirations of expressionist filmmakers that challenged a popular status quo, you can find film censorship in some of the most unexpected of ways. Film censorship has played a part in filmmaking in many ways that many filmgoers of today may not realize. Before the MeToo Era, which began in 2017, many people would likely assume that film censorship was something that never happened or something that just now falls into the recent sphere of cancel culture and outrage from those who find some sort of objection to the content that appears in a film. But this is not the case. Film censorship is out of control today, but what we see today is just one era in the grand scheme of film history. Let’s explore a brief history of film censorship.

The Hays Production Code dominated Hollywood filmmaking from the early 1930s to the late 1960s, and censorship wasn’t even truly found in the extreme, but rather, simple scenarios of actors and actresses not being allowed to be filmed in bed with one another—even if simply sleeping on opposite sides of the bed. Censorship began to run wildly through Hollywood filmmaking, and the thoughts and beliefs of the censors became the end all, be all of what artists were allowed to do. One can argue that these censors of the Production Code may have been personally offended by certain thematic material, but it can be found that both political and religious pressure played a part in their decisions as well.

What we see with examples such as this, hate speech, and hardcore pornography being concrete examples, is that even the most liberal and leftist-leaning individuals call for censorship perhaps not even realizing they are requesting it in the first place–this is not solely a right-wing political action. Hate speech is appalling, especially when directed at minorities, but it’s still speech and expression, and this is where censorship truly falls into murky waters for many. Even if the cause is noble, censorship is still censorship–it is still a call to silence and banish something that does not align with a group’s beliefs—films regularly fall into this quagmire. Although the political right, and the religious right, more specifically, regularly call for film censorship regarding affronts to Christian fundamentalist values, recent history has also seen left-leaning groups do much of the same thing.

Film censorship began in earnest in New York, and there would be a brief moment of censorship reprieve during the transition of the movie industry to Hollywood in the late-1910s, but only very briefly, and the political and religious spheres of influence always seemed to be the executioners.

Film censorship is not the same as an outright banning of a film, but in some ways, it can be even worse. When the Hays Code was finally dismantled in 1968, and replaced by the MPAA ratings board, film censorship regularly found itself caught up in the culture wars that have accelerated since the 1990s. There have been films that have fallen into calls from censorship from both the right and the left, Basic Instinct (1992) is a great example of this, and a wider influx of censorship against films that depict outdated cultural depictions no matter how objective a film aligns the depictions with a staid and evidential type of reality based on extremes in certain individuals. This right/left debate is crucial when looking at evidence of censorship. It does pose the question of exactly how the MPAA rating system has been influenced by these results from political and religious opposition.

Since the initiation of the MPAA rating system in 1968, calls for censorship have been regulated with at least some type of oversight, chiefly being the supposed fair and balanced assignment of an appropriate rating of a film’s questionable content. Yet still, there have been numerous examples of political or religious pressure groups calling for the outright censoring or banning of a film based on obscenity or objectionable content against held beliefs–even with the MPAA having already done their job. The policing of thought is certainly and correctly debated in the court of ethical concerns, but a thought or an action or something showing in an art like a film falls under freedom of speech and expression–even if it is abhorrent and anti-ethical to what an individual stands for and believes.

Conservative Watch Groups of the 1980s

Censorship is almost always a two-way street; you may win an argument, but when the flames are fanned, the censorship can then loop right back around on your beliefs. Film censorship is also found in many spheres of thought, with religion being one of the more peculiar. During the Reagan Era of the 1980s, conservative and religious ideology saw a rampant uptick in calls for film censorship. Martin Scorsese’s The Last Temptation of Christ (1988) was harshly criticized by religious groups both in content and tone. The tone part was the most revealing because Scorsese largely depicted the life of Jesus Christ as a living and breathing man that experiences all the foibles that come with navigating the real world. Gone in Scorsese’s formalist style were the sanctified examples of the religious hero and his deity-like omnipotent presence–but here was a Jesus that committed lust and lived and breathed a life. You can directly see this as a likely impetus from the Christian Right based on their many scandals in the 1980s. But is censorship the right action to take regarding religious reverence?

Cinema is all about depicting a wide range of imaginative fantasies, filtered life perspectives, and occasionally, representations of truths and ideologies that span the gamut of the human experience. In the 21st century, and indeed, for most of the 20th century, religious representations in cinema were often not challenged from traditional texts, and indeed, the Catholic Legion of Decency in tandem with the Hays Production Code had a direct hand in shaping the content that was deemed acceptable for motion picture audiences. These examples are redolent and evidential, but there are numerous examples of films in the post-Hays, MPAA era that routinely includes depictions of religious characters or religious events that align with the blasphemous when taking into account the Christian faith for example. Can it be said that the advocates for censorship of certain films that greatly offend the religious are wrong? If it is found to be wrong in some interpretations, then how can a similar argument that includes a call for censorship against sex and violence subsequently be found to be right? What then constitutes offensive material and its influence?

The Future of Film Censorship

Film has frequently gotten caught up in the political aspirations of both the Right and the Left. The Left may find fault with something like a John Wayne western whereas the Right will submit to calls for censorship based on religious purity and virtue. In a perfect world, filmgoers should be able to ascertain the propaganda at work and brush it off, but the fact remains that when politicians do rallying cries for film censorship, large sections of filmgoers take notice. But the Right/Left divide even began to tilt opinion in filmmaking circles, as the business side of filmmaking came to see that liberal-minded political films seemed to turn huge profits, which was the case with a slew of 1970s classics. Therefore, you have the objective view of political cries for censorship against the film, but you also have the preferential actions of Hollywood cashing in on one political side’s opinions and views of the world and the nation.

Therefore, the push and pull that religious fundamentalist groups or those on the Left have with film will remain a dominating economic imperative for industries like Hollywood as long as the force of fundamentalism is enough to drive a serious wedge into the gross revenue of Hollywood products. Censoring films are an example of how these push and pull factors can play out when an ideology is built around both economic and political legitimacy. Perhaps it can be said that Hollywood now is a largely leftist institution, and this is in no way a means to stifle the voices and rights of the Right and fundamentalists, but history shows that their calls for censorship are clearly more evidenced and extremist than what can be found with any type of left-leaning viewpoint. In terms of religion, the sanctity by which many believers hold their faith is not always so turgid and bombastic as those calling for the censorship of a film would like the populace to believe, but the incessant need to prop up their ideology over the artistic choices of others to therefore stifle the freedom of expression of both filmmakers and viewers does not sync with many of the policies and spiritual doctrines they preach.