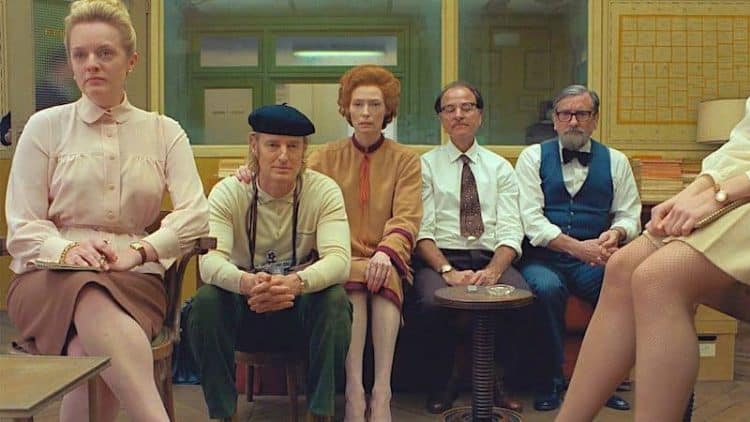 If there’s any reason why The French Dispatch doesn’t get noticed it certainly won’t be the fault of the casting, since the movie is going to be featuring plenty of talent from Bill Murray to Anjelica Huston to Owen Wilson and more. Taking after the stories of real-life journalists, this movie already feels like it’s going to speak to a certain niche that won’t be all inclusive but will be designed this way since the truth of it is that much like anything in this world, writing is a multi-faceted thing that encompasses a wide spectrum of humanity and the interests that people are bound to put to paper. The focus on journalism is still a broad topic since despite the fact that journalism is a very different form of writing than, well, what you’re reading right now, Journalism still encompasses a wide variety of styles and types of writing that act as the basis for its existence, but one thing that separates journalism from other writing is that it requires a level of objectivity that isn’t always present in other forms of writing that don’t carry the need for objectivity quite as much. In other words, opinion pieces don’t often maintain a respectful distance from the subject they’re writing about.

Another thing about journalism is that it tends to war with itself quite often since the description of the writing style is brought into question quite often when someone steps beyond what another individual feels is the boundary of decent and responsible journalism. There’s a reason that blogging and opinion writing is so popular among so many people, while journalism calls to those who want to tell the news of the world as it is, not as they would like to have it. Sometimes maintaining one’s objectivity isn’t as possible as people believe it to be, since being human means that emotion will sometimes override reason and taint the very journalistic ethos that quite a few of those that practice this style value so highly.

From what can be understood this movie won’t just feature a wealth of well-known and respected actors, but it will be drawing heavily from the stories and lives of those that inspired the movie in the first place. Simply reading about it is enough to think that it’s bound to be the type of movie that will bore some individuals to tears while at the same time inspiring others that might be of the same mind as many famed journalists that have come and gone. One has to remember that every movie is bound to do more than stroke the director’s ego and become their brainchild. It’s also meant to give the audience a story they can follow, enjoy, and possibly find inspiration from. It’s odd being an author and a writer but finding little to no kinship with styles of writing that don’t appeal to me, but as I said, writing is not a single, set thing. There are so many layers to this profession that it’s hard to understand them all without comprehending the fact that writing permeates everything in some way, no matter how many arguments might exist to try and counter such a thought.

Writing is the preservation of thoughts, ideas, and the various perceptions of this crazed world we call home and the many different viewpoints that come from those that navigate the myriad number of pathways that people follow thanks to the efforts of those that reveal them. It might sound sappy as hell, but the truth is that writers preserve a great deal of knowledge while creating a reason for people to enjoy what they read before asking for more. The French Dispatch is likely going to be a movie that many people will avoid simply because it doesn’t have the sound of something exciting or loud, colorful, and willing to push boundaries with each scene that will keep them talking for days on end. Instead, it has the look of something that people will enjoy if they’re into stories that are unusual but down to earth, tales of the human experience that are meant to inspire but also to show a tableau of humanity that isn’t always fully understood by those that prefer the booms and destruction that other movies provide.

If anything brings this movie further into the public consciousness it will be the cast. It’s a big hope that such a predictive statement will hold out, but it’s also evident that this might take a bit of work to really push the idea that this movie will be appealing to others that aren’t so heavily focused on the journalistic aspect of writing. To be fair it might not happen, but it might be that the movie will be given a great deal of attention simply because of its cast.