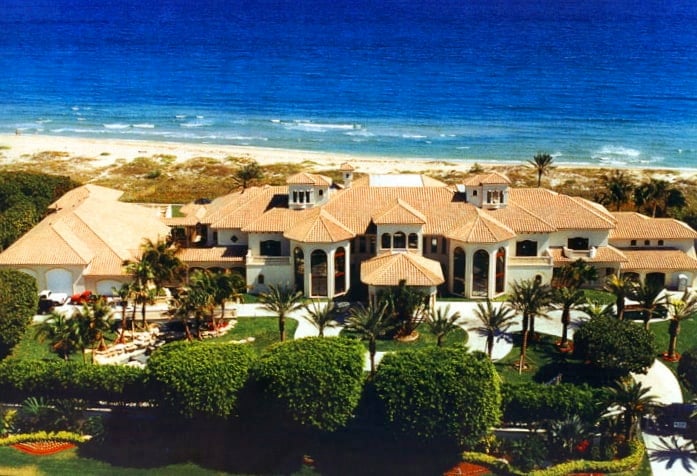 When talking about the most expensive things that have been destroyed for the sake of a movie some might go into detail about how many lives and careers have been destroyed and then argue over how much money this costs. But let’s make it clear, we’re talking about THINGS, not PEOPLE, who are irreplaceable and can’t always be affixed with a price tag. It’s true that a lot of money goes into the actors, and a lot is lost when they can’t perform and are sick or hurt. But in terms of things, there are a lot of items that have been destroyed in the course of many movies that have been mind-boggling when one really thinks about it. From automobiles to homes to much smaller and still pricey items the movies have been unbearably cruel to many items throughout the course of cinematic history, but it’s usually been to the sheer enjoyment of the audience, who might cringe and wonder just whether or not the items were real, or if they were miniatures that were skillfully set and filmed so as to make them look as real as possible. In some cases, the items are a giant fake-out since in reality, the cost would be too great to destroy such things. But sometimes, just sometimes, the items are real, and the costs are insane.

Here are a few of the pricier items that were destroyed in the movies.

Remember the building jump in Dubai? Well, ignoring the physics and the lack of space that would be necessary for this kind of stunt, the actual cost of this impressive vehicle is around $3.5 million or so, and one might choke just thinking of what it would be like to even nick this thing. But fear not, since the actual car used might have been pretty expensive, but the fact is that many movies will create a false body and detail the inside of a much cheaper frame to make it all look authentic. So no, this rare car wasn’t trashed, but it’s easy to think that any car enthusiast might have cried a little watching this beauty plummet to the ground.

All you really have to say sometimes is ‘Michael Bay’ and people will know that something is about to explode. Seriously, the guy loves his boom-booms, and that was proven to such an extent in Bad Boys 2, which is where the story should have ended, that it’s hard to remember anything but this. The mansion in question was slated to come down anyway, but instead of going through the lengthy and expensive process of tearing it down bit by bit, the owner decided to let Bay do his thing and blow the thing up, which Bay is good at. So yes, the mansion did go boom and fall down at one point, but one has to think that the cleanup crew still had to cost a bit of money when it came to clearing the debris.

Remember how Jennifer Jason Leigh appeared to really freak out when Kurt Russell took the guitar out of her hands and smashed it into firewood? Well, there was a reason for that, because that guitar was the REAL THING that had been on loan and cost tens of thousands of dollars. It’s kind of obvious that Russell didn’t know better since otherwise there’s no way that such a seasoned veteran of the big screen would have done such a thing, but perhaps the props people just forgot to replace the real one with the prop since this was an expensive faux pas that nearly ruined a scene.

One has to remember that there was no CGI back in Buster Keaton’s day and everything that was put on screen was real or the product of some very craft effects work. But the steam engine that collapsed the bridge it went over was all too real and by today’s standards would cost hundreds of thousands of dollars in damages. Think about the amount of money it cost back then and then just think of what people thought of the wanton destruction of such an important part of their culture. These days people just laugh since they think everything is CGI. And they’re right for the most part.

One can kind of chalk this up to the fact that it’s Christopher Nolan that was making the request, which could be about the only reason why no one bothered to say no to crashing a real plane into a real hangar. Surprisingly, he did state that he was planning on going the model or CGI route to start with, but on impulse, IMPULSE mind you, he decided to see about crashing a real plane. Seriously, only so many directors could make this request.

Just thinking of the dollar signs is daunting.