Home
Entertainment
News
A Blair Witch Reboot? No, Just No 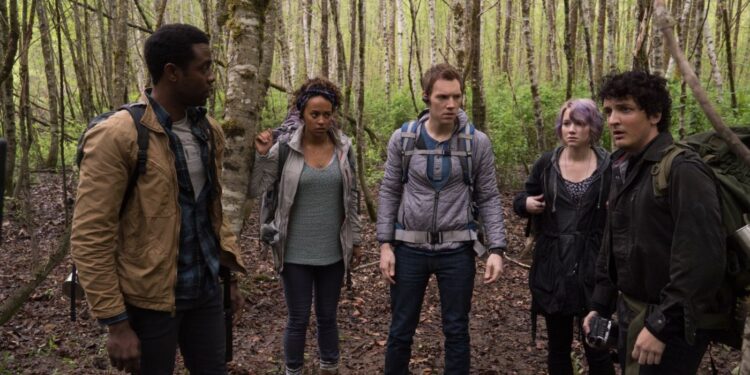 It does feel as though The Blair Witch Project has run its course. Whether it was burned out or created fatigue among the fans, it’s simply not as compelling as it was when the first found-footage style movie came out in 1999. Whether people agree with this or not is kind of irrelevant since if Lionsgate does want to make this mistake then they’re going to do it, as this type of decision has been seen more than once. One of the failings of The Blair Witch Project is that it spawned the kind of belief and storytelling that wasn’t just maddeningly incomplete but was also bound to do the same thing as many legend-based movies; it inspired those that were in dire need of something to believe in to give their lives meaning. I get it, a lot of movies do this and are just as guilty of building up a fanbase that is completely reliant on the story. But The Blair Witch ended up becoming a bit of a joke since the idea that the first movie was thought to be real and not just a movie started something that has been second-guessed to this day.

While the first movie might have been more nausea-inducing than anything thanks to the shaky, realistic camera work, the movies that came after were little more than generic horror movies that were based around an idea that’s never been given a solid base to stand on. I can only imagine how many people are going to be rolling their eyes and arguing vehemently about the idea that this movie was anything but a poorly filmed joke. But the unfortunate truth that many don’t want to own up to is that from the moment this movie was released to the public, it’s been divisive since public opinion is usually bound to sway toward the common denominator when it comes to whether something is good or bad.

One big issue with this movie, which was also a potential boon, is the fact that one never saw anything to indicate that there was an actual threat, even though the stickmen were creepy. The lack of a visible antagonist can become a seriously scary element in a movie, but after a while it starts to look as though there’s little more than paranoia driving the movie, and even if the Blair Witch movie of 2016 was enough to get the attention of fans, it still stands as something that wasn’t entirely effective since as of now it feels as though the story might as well drift off into cinematic legend once again, to be picked up now and then by those that happen to think that it’s a decent story and something worth paying attention to in a nostalgic sense. But in terms of horror movies that need a reboot, no one is really asking or demanding that this movie be given that kind of attention. The Blair Witch was an oddity that came on the scene and became popular because it was something that hadn’t been seen that much in the cinematic world. But after that, the fact is that things went off the rails as they tend to do.

People glommed onto the idea, they started coming up with their own theories, a few more movies were made, and like it or not, the idea nearly became the institution as is normal. The indie crowd that enjoyed The Blair Witch Project and thought that they might be able to keep it to themselves were reminded that there’s very little, if anything, that can be presented to the mainstream that will be allowed to remain small and innocuous. The Blair Witch Project became mainstream before anyone could blink, and as a result, the time limit on its overall popularity started to tick down as people found it to be amazing and spectacular, to begin with, but then started looking for a better story, for MORE, not too long after the found-footage movie started churning out posters, t-shirts, and all types of merchandise that could be affixed with a sticker or crafted to appear authentic or even belong to the movie in some way. It’s a bit cynical, but while there are movies that can survive this treatment and thrive, there are those that end up being buried by their own fame.

The Blair Witch Project is one of those movies, and it’s been kind of a non-starter no matter how much money it makes as for years it’s been the type of story that people love to see as a parody, or love to deride since the story doesn’t take a lot of time to think about when it comes to the reason why it’s scary in the first place. The fear of the unknown is of course one element that this story does cover fairly well. But keeping pace with its own legend isn’t entirely possible as the movie has had to reinvent itself a couple of times to no avail. It doesn’t feel as though another reboot is going to make anything happen on that front.