Home
Movies
Horror
Is The Blair Witch Real, or Not? 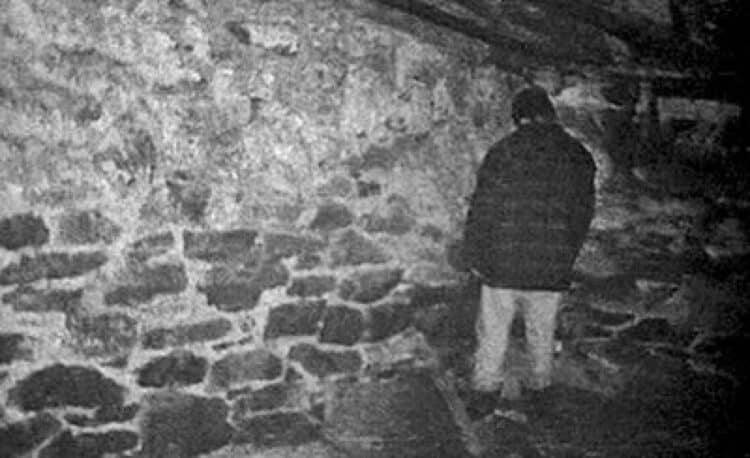 Let’s get one thing clear here: The Blair Witch Project was not real, and it did not detail the existence of an individual known as the Blair Witch. But despite this reality check, it’s fair to wonder if within this fictional universe this character was real. It’s a thought that a lot of people might dismiss since the nature of the original movie created a great deal of controversy that a lot of people bought into initially since the documentary-style movie that used the found footage technique did manage to confuse a lot of people. This was made even harder to see through for some since the idea was pushed in a way that made it even more enticing to think that maybe there was a bit of truth to the movie. This was detailed in the sequel to the first movie as the story finally leaned hard into the fictional aspect that was meant to be showcased as recognizable actors were brought into the mix to create a story that was a little easier to deal with.

Strangely enough, the first movie was far more popular than the sequel or even the remake for various reasons as the movies that came after appeared to destroy the mystery that had been built up. Once the sequel came along and turned the story into an obvious movie, it was almost as though the fans lost interest entirely, alluding to the idea that they wanted this story to be absolutely real, no matter that it dealt with a tragic loss that was steeped in mystery and the absolute horror of the people doing the filming. It’s not too hard to believe, is it? People enjoy stories of controversy, horror, drama, and anything negative that can capture and keep their attention. It’s not difficult at all to think that a supernatural story like this would manage to keep them riveted.

But in the overall story, the actual fiction, is the Blair Witch real, or is it just another legend within the movie that is used to excuse the behaviors of the individuals? One fun thing to note about supernatural presences is that there are times when they can be hiding in plain sight without anyone being the wiser. In this case, it does feel that the characters in the second movie might have tempted the spirit of the Blair Witch by seeking her out and were in turn destroyed in a subtle manner that made it appear as though they’d gone crazy and started to turn on one another. There’s a lot to unpack and plenty of belief to work through when it comes to this script, and it’s very easy to think that people would read more into the movie than was there. But the fact is that the Blair Witch became an interesting phenomenon since the belief it garnered in the real world was both impressive and kind of unnerving as people continued to ask whether it was real or not even after the reveal that it was a movie, a work of fiction, and nothing else. The sequel was a way to prove this even further, and yet there were still people that thought the Blair Witch was a very real figure that had been used for the movie.

In the movie, it became easy to believe that the spirit was a very passive idea that was real but didn’t need to do much other than to stand as a symbol and reason for people to do some very terrible things. The mass hysteria theory that was used in the sequel plays into this as the idea of what the Blair Witch really is becomes muddied as the story takes on an appearance of fans of the original movie buying into the whole aspect of the Blair Witch as they push it onto others that need to believe in something. Trying to believe in the character of the Blair Witch isn’t too hard if one decides to fall into the legend and the possibility that there is in fact character that is ready and willing to accept the belief of many individuals while remaining in the shadows as the believers tear themselves and everyone else apart due to their incessant need to believe that their actions are the responsibility of something or someone else that is controlling them.

The story of the Blair Witch invites the idea of madness since it latches onto a legend that people wanted to believe in so badly that they would convince themselves that there had been a real witch that the story was based upon. There’s not much to go on that could help entirely debunk this idea, but the truth is that in the real world, the Blair Witch is entirely fictional. But in the actual world that was created around this idea, it’s kind of interesting to think that the witch is real enough and that she’s a trickster that gets the ball rolling and then sits back to watch people drive themselves crazy.