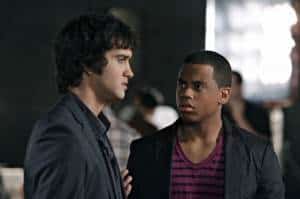 After watching last nght’s 90210, I immediately had to dust off my can of mean. Be Gone to eradicate the scum that is Emily Bradford off my screen.

Her explanatin for coming after Annie was not only lame, but the most pathetic excuse to ever come out of a 90210 (past or present) character’s mouth. There wasn’t a hidden grudge pre-arrival to Beverly Hills or need for competition in the acting game. The reason for Emily’s reign of terror? Her feelings were hurt.

If your feelings were hurt, you say your peace and slap on a bandaid, not a grenade, and keep it moving. I seriously hope that wasn’t Emily’s complete excuse for being The Bad Seed 2.0 towards Annie, because I’m not buying it one bit. Now, that we see how far Emily can go with her evil ways, and how convincing she is at it, Annie might want to retrieve whatever holy water she has left over from her battle with Jasper and go to war.

While Annie was off battling demons, Naomi was battling fraudulent spiritual advisors and who else to turn to than a scientific mage in her new science partner Max (Josh Zuckerman), whose knowledge on wildlife ended up saving Naomi’s money and us from having to endure the Cult of Sona any longer. The unorthodox paring of science geek and mean princess spawned the best line of the night: “I think I have the hots for a nerd!” Oh, Naomi, you slay me…

Feeling like the worst friend in the world for stealing Navid, Silver turned her attention to helping Teddy with his recent coming out and loss of boyfriend on the same night. She returned Teddy to their spot on West Bev’s rooftop to blow off steam by whacking tennis balls off the room. I really dug that little call back to season two and it helped show how there is such a thing as friendship after a relationship. Last night also marked the first appearance of Teddy’s new boy toy Marco, who made it no secret that he was digging Teddy. Is our boy Teddy ready for what Marco has to offer?

Then there is Navid and Dixon’s venture into music videos, which was noble at best on Navid’s part due to him trying to salvage his family’s name and finances. You have to hand it to the character that despite his moral compass being a bit much a times, he has a genuine heart that cannot go unnoticed. With that being said, I found it odd to hear only two of Nelly’s current songs and a whole lot of his old stuff. Well, maybe not a whole lot, but it would’ve helped if they left his old stuff in the past. For now.

Lastly, there is the problem of Adrianna. Her reality show is just as fake as she’s been all season long and her director was right: who wants to watch a show about Adrianna whining about Navid 24/7? We have [enter your favorite reality show here] for that. Speaking of Navid, she’s not letting his cheating ways go and is sniffing for the blood of the person who wrecked her perfect union with her man, but will she retreat or attack when she finds out Silver is the culprit? But most importantly, will we care?

Thoughts and opinions on this week’s 90210? We have two more episodes before another hiatus hits! 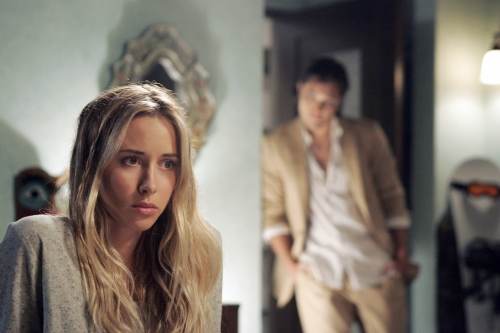 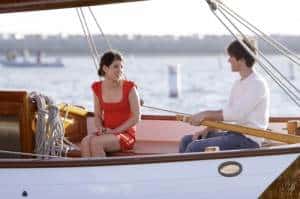 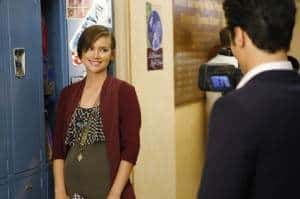 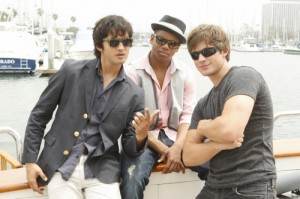 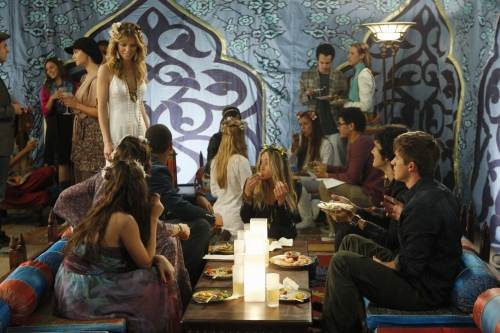