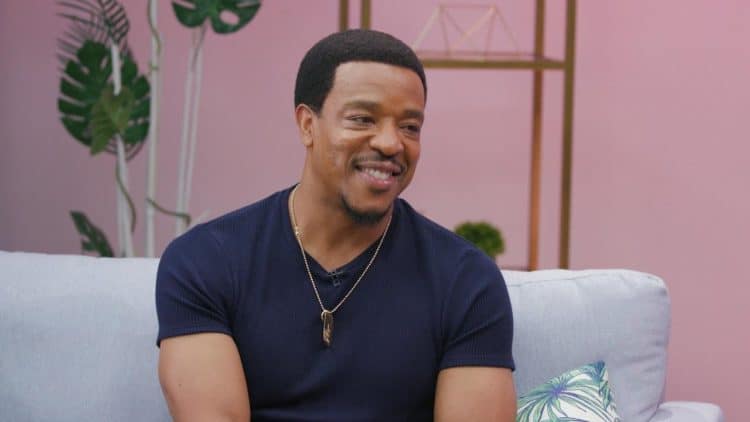 Russell Hornsby is a guy you’ve probably seen once or twice on TV or in movies as of late since it seems that he’s been getting more and more popular as time goes by. He does seem like one of those individuals that wasn’t an overnight star but had to really work at it in order to get noticed and become someone that people would eventually point to in recognition. But after one of his most recent roles it’s become obvious that he’s for real and he’s definitely worth the effort of getting to know. It could be that it’s taken this long and thus he’s had all the time in the world, so to speak, to perfect his technique and get his acting down to a science where people will recognize and respect him, but it could also be that he’s just been working his way up the ranks in order to keep things as level and as professional as they need to be.

Here are a few things you might not have known about Russell.

10. He played football in high school.

He was an athlete for a while and seemed to be pretty active when he was a kid, but eventually he got interested in drama and his sports career didn’t really go any further. Some kids just figure out what they want to do and where they want to be earlier on.

9. Russell became interested in theater after starring in The Wiz.

Something about drama just seemed to get under his skin and took hold. He went full on into acting in high school and even started to take on parts that seemed like they’d be up his alley, and The Wiz is something that a lot of people know and respect since it’s been around for a while and obviously based on one of the most iconic stories ever.

8. He’s been in successful Off Broadway shows.

Russell has managed to create a fan base for himself by getting on stage and it’s well-deserved since he’s studied his craft and done quite well for himself. Being on stage seems to be a lot more difficult than being in front of a camera, especially since there’s no second take if you mess up.

He was the promoter for the fight but in a nice twist he wasn’t the ultimate sleazeball that a lot of promoters have been depicted as throughout the years. He might have been somewhat questionable as a character but he wasn’t a Don King thankfully.

Russell has been doing his thing in the theater for a while now, well over two decades, and has seemingly shifted over to movies and TV it would seem. It does make you wonder if he misses being on stage so much but he seems happy where he’s at.

Another report said about $2.5 million but at this point in 2019 it seems easier to believe that he’s worth more since he’s been coming up the ranks and is now seen as an actual talent that doesn’t need to carry a resume around. He’s earned his spot and it’s definitely time to see him getting one role after another where he can be noticed.

4. Some people actually think he’s gay despite the fact that he’s been married since 2008.

It’s amazing really how people come up with these ideas and thoughts and turn them into rumor and gossip simply because they have nothing better to do. The man has been married to Denise Richards for a little over a decade so it’s kind of obvious that he’s either heterosexual, or cisgender if you prefer, or is really good at hiding his homosexuality. It would definitely seem that the former is true while the latter is kind of an eye-rolling bit of sarcasm.

3. He’s led a pretty clean life and doesn’t even smoke.

Russell has done quite a bit to keep his health in good shape and not smoking is one of those things that definitely helps. He’s also never taken anything other than prescription drugs if and when needed according to him so it would seem that he’s led a pretty clean life.

2. His career has been on a roll lately.

He’s definitely been popping up in more projects as of late and that’s likely why you might recognize him a little more than others since he’s been putting himself out there as much as possible. He’s got projects lined up as of now that are either coming out or are still in production.

1. There’s not a lot of data on the internet about him.

There’s a decent amount but not an overwhelming abundance of information since you can find out facts stating how tall he is, if he’s married, and so on and so forth. But any trivia you might want about him is in short supply.