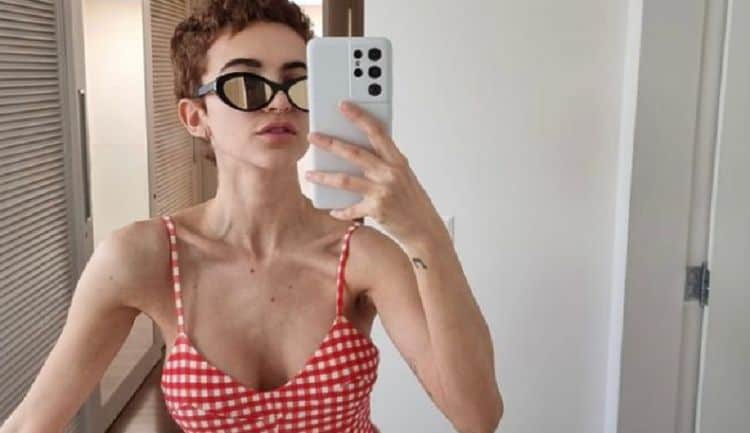 Manu Gavassi is a young woman who has led a very interesting life. Her life is filled with so many interesting stories and twists and turns, and it’s amazing that more people don’t know anything about her. She is a fascinating woman, and it’s time for people to learn more about the Brazilian beauty with so many talents. She’s a songwriter and a singer, an actress, a director, she is a producer, and she writes among so many other things. What else should you know about her? Here you are.

The Brazilian actress is quite young. She was born and raised in Sao Paulo, Brazil. She was born on January 4, 1993, and she grew up in the area most of her life. Her parents were there, her sister was there, and she had a happy childhood.

She has an excellent example of hard work in her life. Her family works hard, and she learned just how hard growing up. Her father was a broadcaster and a presenter. He is name is Ze Luiz. Her mother is both an artist and a psychologist, and her name is Daniela Gavassi. Her sister is a fashion student.

She was a child of only 12 when her dad gave Manu her very first guitar. She learned to teach alongside her dad – her teacher. By the time she was 13, she’d already written her own songs. She was likely a great student, and she and her father bonded so much during their time teaching her to play the guitar.

Professionally, she does go by the name Manu. However, this is not her given name. She was actually born with a much longer name. She is Manoela Latini Gavassi Francisco by birth. She shortened things quite a bit when she chose to go into the business.

When she was 19, she left home. Not because she had an issue with home, but because she was ready to start living her life and doing her own thing. She moved to her own apartment at the time. She began doing things like learning from an interpreter, and she had a great time doing it all.

Manu has a long history of dating. She seems to enjoy being in a relationship, but she also seems to have not found the one for her yet. She dated an actor called Caique Nogueira in 2009, but they ended up being better off as best friends. She dated Chay Suede in 2011, but that ended in 2014. When that relationship ended, she dated a man by the name of Fiuk the same year. When that ended, she dated a man by the name of Leo Picon for most of 2018. When that ended, she was single about a year, and she began dating Igor Carvalho Rodrigues in 2019. They confirmed the end of their romance in 2020.

7. She Began Her Career as a Model

It was 2009, and she was doing her own thing. She began working for a magazine called Capricho as a model and as part of several other ventures at the magazine. She did this for some time. It was not until her fellow reporter found out she was a singer that she began to make waves in the music industry.

It’s something that regularly surprises her fans. She’s so much larger than life in her work on television and as a singer, and when people find out she is petite, they are almost always shocked. She is only 5 feet tall. Many people are, but it’s always surprising when someone you see so often is so tiny.

So much of her life is out in the open and out in the public, and she is someone who has no control over that. She does, however, have plenty of control over what she shares in her own life. She’s managed to make it work so that she can be a public figure with a private life. She doesn’t share anything she is not comfortable sharing, and it has been good for her.

10. She is Currently Single

Well, we assume she is currently single. There doesn’t appear to be a special someone in her life, but she might be keeping that quiet. She’s been through many public breakups, and she might not want to have yet another. We don’t know, of course, but we can only speculate.