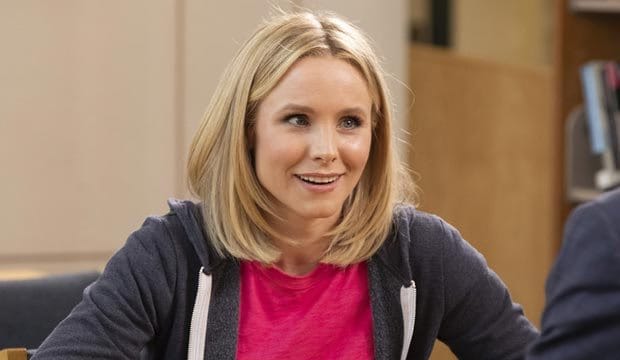 Looking at her and making an assumption without actually finding anything out you might think that Kristen Bell is the nice girl that is extremely confident in herself and has a set plan for her life and how she wants to go about accomplishing it. But in truth, well, she’s actually kind of like that. She’s ambitious, that much is obvious, and she’s the type of person that doesn’t really dither over how she’s going to get to her goal as she seems to just go out and do it while making it look like, in film and TV, that she might be kind of a basketcase now and again. That’s the level of talent she has though, she can sell the act of being so out of control and out of touch with her surroundings that she pulls a person in and makes them think that she might actually be like this in real life. Sure there might be moments, but otherwise she seems to exude confidence.

10. She was auditioning for film roles by her sophomore year of high school.

See? Ambition is nothing new to Kristen since she’s been aiming for the stars for a while now and has finally landed among them in her due time. She wasn’t trying to wait for her opportunity to get to where she wanted to be, she was working hard to get a jump on it before she was even out of high school.

9. She was in her 20s when she started the Veronica Mars series.

This is pretty typical of a lot of roles that are created in movies and TV shows. The character will be in their teens but the actor is a bit older, in their 20s and usually no older. It does work if the actor looks young enough, but it’s kind of a surprise to the fans when they find out.

8. Kristen worked at TCBY as a senior in high school.

Just because she didn’t wait to get her career started doesn’t she managed to eschew the whole experience of growing up and earning her way. TCBY was a big thing at one time and while people might not have flocked to it the name was known well enough that anyone would understand what you were talking about.

It’s always interesting to find out what sports, if any, a celebrity enjoys and being from Michigan Kristen could have been enamored of a lot of sports but hockey just seemed to be her thing.

6. There was a time when she tried to go vegan but she loves cheese too much to give it up.

To a lot of people that love meat or at least love animal byproducts because they still adhere to a vegetarian lifestyle vegan diets are kind of extreme. To each their own and all but so long as everyone gets along with it then so be it.

5. Kristen tends to volunteer for a lot of animal-related charities.

A lot of celebrities have jumped on this bandwagon but Kristen is one of them that has actually done more than jump on, she’s taken her turn at the helm and actually put a lot of energy into her volunteering duties.

4. When she was 12 years old she broke both her wrists while playing hockey.

Hockey is known as a tough sport and a sport that you need to be tough for, but breaking both wrists would be an easy call to make when it comes to sidelining a player. Hockey players are bred to be tough, but you’ve also got to be able to rotate your wrists.

3. Apparently when she was 3 years old she wanted to change her name to Smurfette.

This is probably one of the cutest things any kid could ever say since there’s no doubt that she was quite serious when she said it. Those with daughters will probably smile since like any little kid they tend to say things that just make us bust up with laughter, especially when we figure out that they’re absolutely dead set on the idea.

For such a simple game it’s so easy to love and get addicted to it, unless of course your back doesn’t allow for such things. But be that as it may she was actually ready to put her own skee-ball game in her home at one time. You have to wonder if she came to her senses or if Dax just said no.

Anyone that’s married to someone that loves to cook is a lucky person and should be immediately grateful, especially if their spouse is actually a good cook. Dax Shepard is a lucky man indeed.

All in all she’s a rather interesting and well-rounded person it would seem.