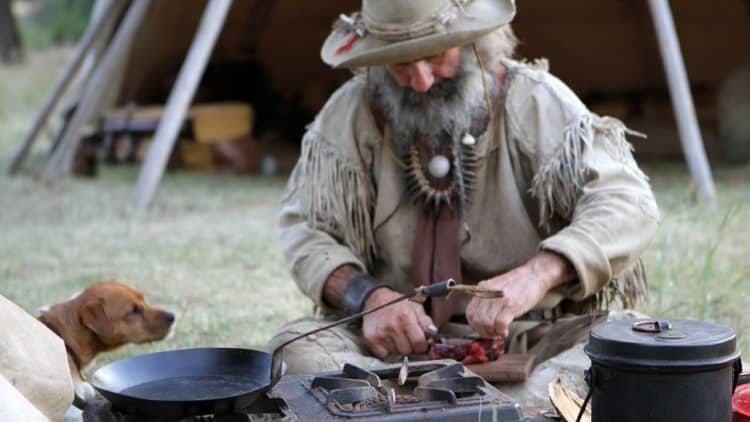 Technology has made so many impressive advances over the years, that most of us can’t imagine living without things like electricity, computers, and the internet. However, there are some people who have chosen to go without the comforts of the modern world and prefer to enjoy life completely off the grid. Thanks to reality TV, several of these people have had their stories documented. While many of us wouldn’t want to live this way, there’s something intriguing about watching other people live in the middle of nowhere. If these kinds of shows are up your alley then today is your lucky day. Keep reading to see our list of 10 TV shows about living off the grid.

If you’ve always dreamed about living life without being tethered to modern technology, Homestead Rescue is a show that will pique your interest. In the series, survivalist Matt Raney and his children attempt to help other families learn how to live off the grid. By the end of the episode, the families must decide if they really want to attempt life off the grid for a year, or if they’d like to return back to the comforts of modern civilization.

2. Building Off the Grid

At its core, Building Off the Grid is really a home design show. However, it will also appeal to those who love shows about survival because the series is focused on building homes in very remote places. As you can imagine, building in these locations comes with lots of challenges and some of the projects even border on impossible.

Unlike the other shows on our list, Jericho was actually a scripted series. Even though the show only lasted for two seasons, it left a lasting impression on many viewers. The series centered around a group of people who are living in a post-apocalyptic world after surviving a nuclear attack. Although they initially think that help is on the way, they eventually realize that the attack was actually orchestrated by the government, and they must learn to adapt to a new world without the technology they’re used to.

Mountain Men is an interesting series that follows the lives of people who have chosen to live off the grid in Northern Alaska. In addition to the normal challenges that come with living without modern technology, the cast of Mountain Men also has to deal with very harsh weather conditions. No matter what they’re up against, though, they always seem to be prepared for what Mother Nature throws at them.

Each episode of Naked and Afraid centers around two people, one man and one woman, who meet for the first time in the wilderness. The two are tasked with figuring out how to live off the land for 21 days, but the catch is that they must both be naked while doing it. While it’s true that the show is a little on the gimmicky side, it’s also one of those things you won’t be able to stop watching once you get started.

Alaska has become the setting for several shows about life off the grid because if you can survive in the Alaskan wilderness you can survive just about anywhere. Building Alaska is a show about people who are trying to build unique cabins in remote areas of Alaska. If you love DIY projects and watching things be built, this is one show that is certainly worth checking out.

7. Alone In the Wild

Alone in the Wild is one of those shows that didn’t get nearly enough credit as it deserved because it only lasted for one season. In the show, Ed Wardle filmed his journey as he attempted to survive alone in the Yukon territory for three months. The experience pushed Ed to his limits and it proved to be a true test of what he could endure.

Alaska: The Last Frontier chronicles the lives of the Kilchers, a family that has been living in the Alaskan wilderness for several generations. The family lives in a very isolated area where they are forced to rely on themselves for survival. In addition to not using modern technology, the Kilchers also don’t have much contact with the outside world.

9. Off The Grid on the Beach

All of the people featured in Off The Grid on the Beach are looking to relocate from thriving cities to more remote homes on the beach. Along the way, these potential homebuyers often discover that life on the beach isn’t just about living in paradise. There are challenges that come along with their new lifestyle that some simply haven’t prepared for.

During its nearly 10 years on the air, Life Below Zero has taken viewers on a wild ride through the Alaskan winters and the below-freezing conditions that come along with it. The show revolves around the lives of people living in Alaska and highlights things like how they earn money and how they prepare for the brutal weather.