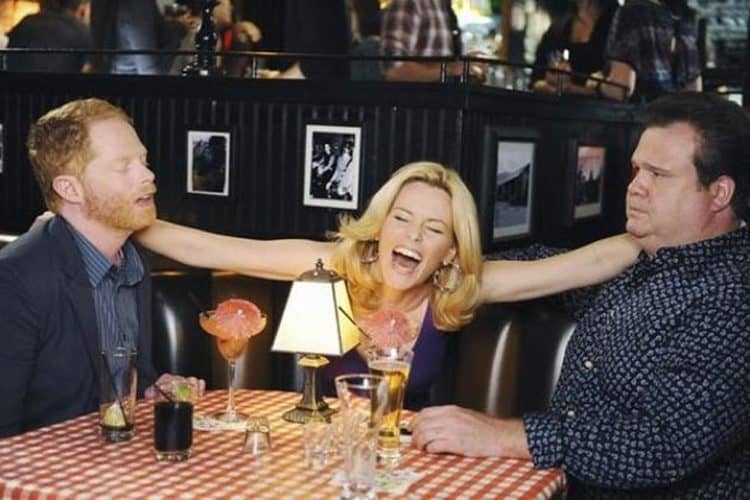 Throughout its eleven-season run, Modern Family gave us one too many memorable moments. In addition to the Pritchett-Dunphy family which was a handful to take it, numerous guest stars popped up every now and then. Sometimes they’d show up in a flash and be gone just as fast, and other times they’d stick around for a while. Whether they were a long-lost neighbor, a celebrity who appeared as themselves, or a love interest, they added some light into Jay Pritchett’s large family. These are ten celebrities who made the cut:

As Cam ( Eric Stonestreet) and Mitchell’s ( Jesse Tyler Ferguson) fun friend Sal, Elizabeth Banks had a strong hatred for Cam and Mitchell’s adopted daughter, Lily ( Aubrey Anderson). Sal felt that Lily had robbed her of her friends. After she came around, Cam and Mitch weren’t fun friends anymore. They rarely hang out, and even when they did, they were such party poopers, constantly talking about Lily. Meeting face to face did not stop Sal from hating on Lily either. The two of them couldn’t help but throw shade at each other. Safe to say, Lily was not invited to Sal’s wedding.

What would you do when you meet an idol, let’s say a basketball legend you are a fan of? You’d at first be in awe, then collect yourself together and tell them something like, ‘I’m such a huge fan,’ right? Well, if you happen to be Phil Dunphy ( Ty Burrell), and find yourself at a Lakers Game where you saw Kobe Bryant (may he keep resting in peace) warming up, you’d be tongue-tied. He’d look up, ask what he could do for you, and you’d ask him a silly question like, “Do you like being a…basketball…player?”

Cam and Mitchell had what was a great relationship. Outside of that, they’d have some fun when the time called for it. At the bar, Cam tried to show Mitchell that he could absolutely pick any girl he wanted. He walked up to Katie (Leslie Mann) and pretended to have known her from the past. She in turn feigned a past accident and told Cam that after a comma, she didn’t have that good a memory. When Cam confessed that they didn’t know each other, the two of them got off to a fantastic start.

Guillermo ( Lin Manuel-Miranda) introduced Jay Pritchett ( Ed O’Neill) to the love of his life, Stella. Guillermo showed up to pitch a business idea to Jay but he did not like it. In the end, when he decided that school was a better choice, someone had to adopt his dog, Stella. Jay did not like the dog one bit, but it was only a matter of time before Stella stole his heart. Jay would protect Stella at all costs, and sometimes showed her more favor than he did his family.

Adam Devine joined Modern Family as Hailey’s (Sarah Hyland) love interest. The pair met when Devine’s character, Andy, was a male nanny for Hailey’s uncle, Joe (Jeremy Maguire). The pair did not start on the right note, and even when Hailey finally admitted to liking Andy, his girlfriend Beth (Laura Ashley Samuels) was in the way. When they finally got together, Andy was ready to forgo his dream job for Hailey. She, on the other hand, wouldn’t let him.

Gad appeared on Modern Family as Kenneth, who was formerly a Dunphy neighbor. Kenneth had dropped out of college and returned to visit the Dunphy’s as a laid-back billionaire. “At every crossroad, I ask myself, what would Phil Dunphy do?” Kenneth said. He divided the Dunphy household into dreamers and realists, and in the end, we established that both parties needed each. The realists prevented the dreamers from soaring too close to the sun, while the dreamers helped the realists with getting their feet off the ground.

Phil had the belief that once anyone got older, it was hard for them to get new friends. That was solid until his next-door neighbor Andre ( Kevin Hart) saw him building a treehouse. Andre offered to help, but not before each of them learned that they had been neighbors for too long. Phil ( Ty Burrell) had lived in the neighborhood for twelve years, while Andre had been around for eight. Andre was an orthopedic surgeon who thought the ‘dude on the tree’ was cool. Phil learned that he was great with tools, and a great guy to hang out with.

Norton was tasked with making Phil and Claire’s anniversary worth it. As a member of the band Spandau Ballet, Norton tried his best to serenade the Dunphys. Claire recited a poem, after which she and Phil hugged as Norton played the guitar. Claire thought Phil was a fan of the band, but she was wrong. “ This is our song. You love this song.” Claire insisted. Phil wasn’t in agreement. Phil and Claire hugged it out afterward, and Norton was glad that he’d saved a marriage.

Alex had just moved to a new residence and her family was having a blast, enjoying everything good the apartment unit had to offer. Luke ( Nolan Gould) and Manny (Rico Rodriguez) in particular had taken to using the gym. Luke had developed a liking for women who were older than him, and the gym seemed to be the perfect place to meet them. David Beckham and Courteney Cox happened to be expecting a bowling instructor, and when Higgins ( Stephen Merchant) saw Manny and Luke walk in, he thought they were bowling instructors. 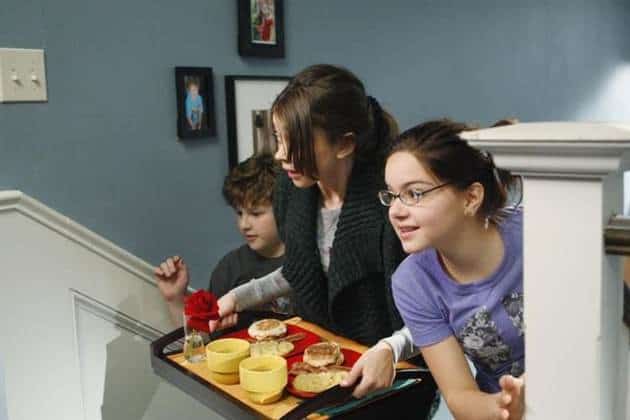 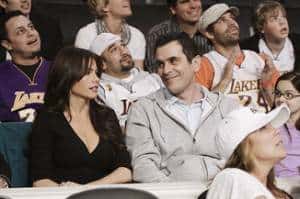 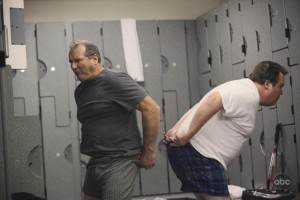 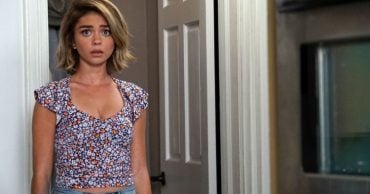 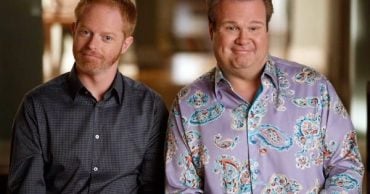 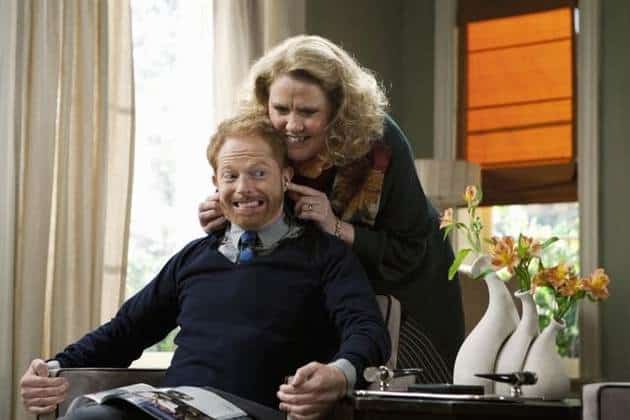