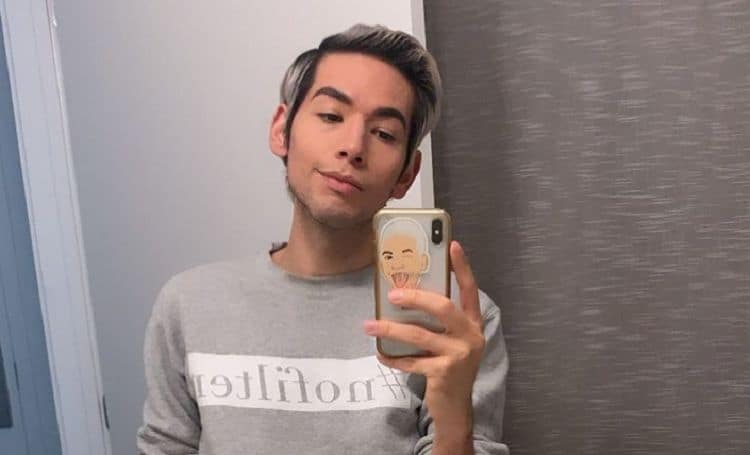 Finding something you’re passionate about in life can be a never ending journey, but Zack Peter has been fortunate to find his calling at an early age. Still in his 20s, Zack has already established himself as an all around entertainer and TV host. His charismatic personality and keen sense of humor have made people from all over the world fall in love with him and the things he has to say. In 2011, he also began performing stand up comedy at venues across Los Angeles. Although he’s already done lots of cool things, he also has some great things in the works. If you’re not familiar with Zack now, it’s only a matter of time before you will be. Keep reading for 10 things you didn’t know about Zack Peter.

1. He Is A Los Angeles Native

Zack was born and raised in Los Angeles which is essentially the perfect place to be for anyone who is looking to have a career in the entertainment industry. Luckily for Zack, he has been able to stay close to home while pursuing his dreams and establishing himself.

Zack is a talented writer. Many people are familiar with the fact that he’s contributed to several well-known online publications such as POPSUGAR and Men’s Health. What many people don’t realize, however, is that Zack has also written four books. His first book, Saving Deets!: A Family’s Journey with Autism, was released in 2009.

3. He Loves Helping Others

In addition to the creative projects that Zack has worked on, activism has always been another passion of his. Causes pertaining to autism awareness are especially close to his heart because his younger brother, Ethan, was diagnosed with autism. Zack was also the executive director of Jenny McCarthy’s foundation, Generation Rescue.

4. He Is All About Health And Wellness

Zack may not consider himself a health and wellness influencer, but he’s sort of become one by default. Health and wellness are two of his biggest interests and he loves sharing his journey with the world. On top of following a healthy diet, Zack is also into taking good care of his skin and hair. He has even partnered with several wellness brands to help promote their products.

Los Angeles may be one of the most popular cities in the world, but that doesn’t mean there aren’t other places that Zack would like to see. He enjoys getting the chance to travel and visit different places. Some of the cities he’s been to include Dubai, Chicago, and Dallas.

The world knows him as Zack Peter, but many of his fans will be surprised to know that his first name isn’t actually Zack and his last name isn’t Peter. His real name is Peter Zachary Gonzalez and it’s easy to see where he came up with the stage name Zack Peter.

When you’ve worked really hard at something there’s nothing better than getting recognized for your efforts. In the entertainment industry, that recognition often comes in the form of an award. Zack has won several awards since starting his career including a MSAAFinc. Award  in 2009 for Young Hero’s Literary Work of the Year. There will probably be even more awards in his future.

8. He Hosts A Podcast

As a true content creator, Zack likes to engage with his audience in as many ways as possible. He is currently the host of two podcasts, #NoFilter with Zack Peter and The Adulting Podcast which he co-hosts with influencer Abigail Fraher. Both podcasts are available on all major podcasting platforms and streaming services

9. He Dealt With Bulimia

For many years, Zach struggled to maintain a healthy weight. In an article Zack wrote for Men’s Health he said, ” I developed and battled an unpleasant eating disorder. I was clinically diagnosed with bulimia and spent many years trying to overcome it. I entered a treatment center. I went to therapy.” He continued, “I read self-help books. I studied nutrition. I went on-and-off meal plans. I did everything the books tell you to.”

2020 has been a very big year for the social media platform, TikTok. Even though the platform is relatively new, it’s been able to attract millions of users from all over the world and Zack has decided to get in on the action. He has been working to build a following on TikTok by uploading funny skits. At the moment, he has just 90 followers on TikTok, but he’s already gotten nearly 1,000 likes.