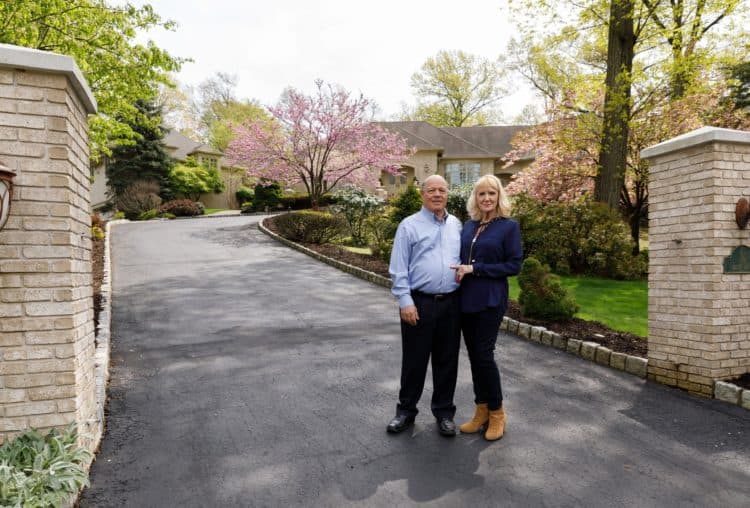 According to Caitlin O’Kane of CBS News you could have a piece of TV history if you happen to be rolling around with an extra $3.4 million in your back pocket. The house of Tony Soprano went up for sale not long ago and for those that followed the show this would be an extraordinary treat since no amount memorabilia could possibly equal this fabulous estate. According to what the house is really worth the owners are asking close to twice what the market value is but when you get the idea of what it’s been used for you can understand why they would be so confident in thinking they could get this much. After all the location and the space that it offers are pretty average for a house in this price range, but the cinematic history bumps it up quite a bit since some folks are willing to go the extra mile when they can lay claim to even a piece of something that was on TV for so long.

The home was actually used for the pilot of the show while a replica was built for later seasons, but the intrinsic value that comes because of this is enough that it allows the price to jump as much as the owners want it would seem. Given the emotional content that goes with it one can’t really blame them for wanting to up the value and possibly get more out of it than normal circumstances would allow. With over 5,000 square feet of home sitting on well over an acre it’s a pretty big deal when it comes to the kind of space it offers and the luxury that’s provided. Plus, once again, the mere fact that it had anything to do with the Sopranos is something that really can’t be ignored. As Joshua Jongsma of USA Today writes the family that owns the place has been there for years, but now that their son has moved out they just don’t need as much space and will be finding a new place in New Jersey. One might ask how you might downsize from such a luxurious home and find it suitable but if you really want the honest to goodness truth a home this size comes with a lot of upkeep as well. The square footage and extra rooms and bathrooms mean more cleaning or more money spent on housekeepers since dust doesn’t just sweep itself up.

Michelle Williams of Mass Live states that fans have pulled up outside the grounds just to see the place over the years and as a result the owners have met a lot of interesting people. Some of them have even dressed up like the characters on the show just to commemorate the moment and make it a little more special as well. That might be one thing the new owners would have to get used to if it’s still happening since famous homes do tend to draw visitors every now and again largely because they were seen on TV or in the movies. As you might have guess places like the home on Full House, The Goonies, and various other homes in pop culture have become hot spots for fans and tourists alike that want to visit a piece of history. Of course it’s also noted that while there are polite and courteous fans that will respect the homeowners and keep a respectful distance there are those fans that will take it a little too far and try to come on the grounds now and again just to say there were there. Those are the kind of fans that tend to ruin it for others since as happened with the Goonies house the homeowners had to request that people keep their distance to give them some peace and quiet.

Thankfully that doesn’t seem to be a thing at this home, at least not as far as the owners have reported. When it comes to purchasing the home however people are encouraged to do so by the 21st of June and to be able to prove that they have the funds to buy the place. You might think that’s something that doesn’t need to be said but then you might be surprised to realize just how many people might claim to be interested in buying just so they were given the chance of being able to go in the house to look around under the idea that they were able to purchase it. The ‘looky-loos’ as some people call them are perhaps some of the most irritating people around when it comes to selling a home, and you can imagine that Tony Soprano wouldn’t have appreciated such a thing. But the current owners are thankfully being smart and requesting that people prove they have the funds to buy. That way no one’s time is wasted.