Home
Entertainment
News
Yes, Heroes Should Earn the Right to Diss Other Characters 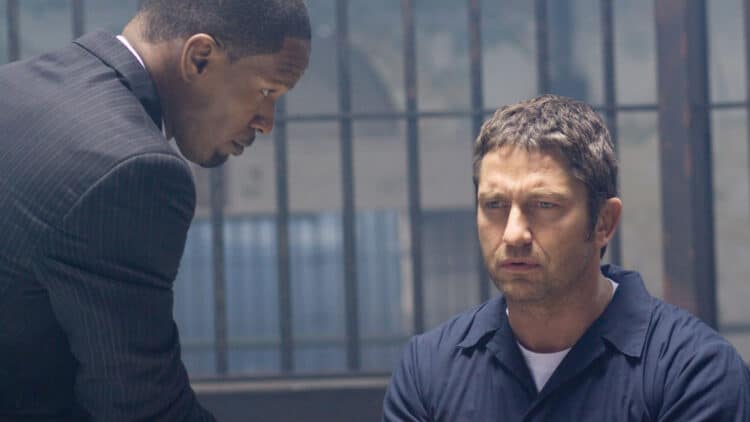 It’s tough to think that this is a story that needs to be told, but at the same time, it’s not. The first movie was great, it showed how one man was smart enough, and ruthless enough, to turn the legal system upside down and shake a few corrupt ends out to showcase just how bad things had gotten. The unfortunate fact is that while he killed quite a few people, several innocents didn’t deserve their fate. But the movie, for the most part, is something that a lot of people can see the sense in given that it involves the kind of character that isn’t a fighter but is a thinker, a tactician that’s on the warpath after his wife and daughter are killed in a senseless act that sees one of the killers go free and the other gets sent to the gas chamber. The interesting thing about this movie is that it was easy to agree with Gerard Butler’s character far more than those that were made out as the antagonists, largely because he saw the fractures within the legal system, and he made use of them.

That’s the main reason a second movie would work, since if it went in a different direction in the law and showed another story that had to do with the law, albeit one that people might see as culturally relevant in light of the several things that have happened since the first movie was released. There are quite a few ideas that might work, but at this time it sounds as though the plot and the cast are being kept under wraps. One thing that can be said, at least in theory about this movie, is that there is a way to generate interest since it’s an idea that could be written in several different ways.

But at the moment it appears that this thing is rolling along and this brings me to the reason why it shouldn’t happen. It’s kind of simple; it’s been done before. This kind of story has already been done, and it’s going to take a great deal of effort on the part of the writers and the director to make people care about a sequel. Is it possible? Sure. But is it going to be easy? Not exactly, since Butler and Jamie Foxx put in a great performance in the first movie, as did the rest of the cast. But things were closed up in a way that didn’t leave much room for a sequel unless Foxx was willing to come back. Even if he did, however, it’s still fair to say that it would be beating a dead horse since the first movie finished out in a great way that was fitting even if it was a bit frustrating. It was indeed great to see the people who work the flawed system come to understand how they’d erred so badly, but at the same time, vengeance is a sword that cuts both ways and doesn’t discriminate when it comes to who deserves it and who doesn’t.

Another movie feels a bit redundant, not to mention that it’s something that could crash, and hard if it’s not up to the same caliber as the first movie. This sequel is something that feels, initially, as though it might be a type of copycat or something that might feature someone saying something like “Hey, this is just like that case years ago when…” Insert the needed line and you’ll get the idea since it does feel that this might be the plan, kind of like it was done in the Final Destination movies and many others that have been done over the years. This isn’t that big of a deal, but at the same time, it’s just a feeling, which means it’s a bit baseless since it focuses primarily on the first movie and the idea that a continuation might not be as needed as people might think. Continuing a story isn’t something that guarantees success as many people know, but there is a chance to rotate through the many stories of the legal system and bring another bout of unholy wrath down on those that need it and cause a great deal of collateral damage at the same time.

Weighing the pros and cons on this matter is a bit tough since it stands to reason that this story should be told and that it could be different enough that it might take a seriously interesting course. One can imagine that a lot of those who enjoyed the first movie are going to be waiting to hear more about the movie, especially since the content could be something that will gain a great deal of interest given that it’s a movie that’s about working against a system that many think has become irredeemable.