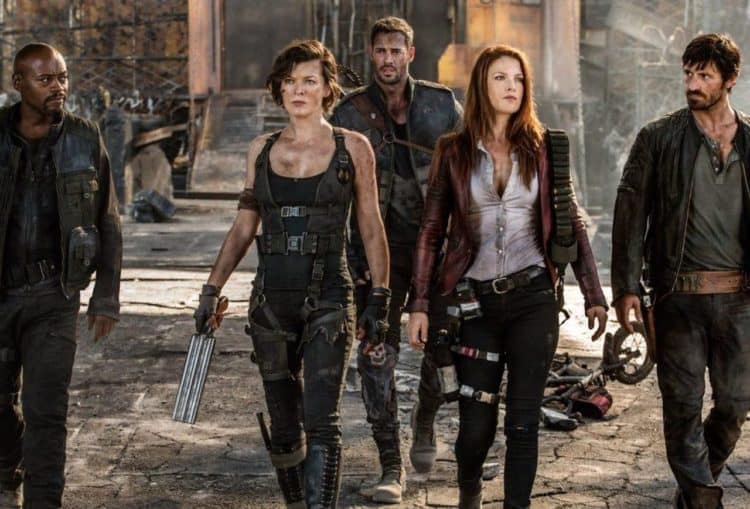 With the new Resident Evil: Village game hitting the shelves, it looks like the franchise is bouncing back. Now I’ll be honest, I have only played one game from the franchise. That was way back when the fifth game came out and I never did beat it. The thing is, the Resident Evil franchise is cool to me, but I was never really gravitated towards playing the games. What I dug most about it was the lore and the cinematic sequences. And yeah, I’m a big zombie fan, but when it comes to this franchise, they got a lot more grotesque monsters than the average zombies under their belt. Seriously, this franchise is not for people with weak stomachs.

Speaking of which, for those of you who have played Resident Evil: Village, there is a lot of grotesque monsters that are all kinds of disgustingly freaky. Now again, I haven’t played that game, but I have watched all the gameplay and cutscenes on YouTube. In fact, that’s exactly what I did with Biohazard and I understand why fans of the franchise like the games. They’re different from the old Resident Evil formula and emphasize more on the horror aspects of the franchise. Plus, with the recently released remakes of the classic games, it looks like this gaming series is making a comeback.

Now I’m happy for fans of the games, but sadly, we also have to remember those movies from Paul W.S. Anderson and starring Milla Jovovich. Just in case anyone forgot, she played a character called Alice, who was never a part of the games. Those classic characters who were from the games, such as Chris and Claire Redfield, Leon Kennedy, and Jill Valentine, had quick and frivolous appearances in Anderson’s movies. That made very many fans of the franchise very, very angry. It’s understandable, but if you hate those movies, check out the animated ones. Seriously, those are significantly better.

So I’m someone who first learned about Resident Evil with the 2002 movie. Yes, I recognize how unfortunate that is, but at least that one wasn’t too bad. Then I read about the lore more and got interested, but I just watched my friends play the games. And when those movies finally ended, I’m sure many Resident Evil fans felt like the dark times were over. However, even the games took a dip by the time the sixth game was released. And where did they go next? The solution was Biohazard and Village.

That’s good news for the games, but what about the movies. Thank God we’ll never see Alice again, but we have to understand that Resident Evil is too big of a gaming franchise for Hollywood to ignore. I’m all for another live-action Resident Evil movie, but like the hardcore fans, I just want it to be good. That means no adding in original characters that nobody wants to see and it also means don’t mess with the lore too much. This is the reason why most video game movies are trash.

But hold on, there is indeed another live-action Resident Evil movie coming to us this year. For those who forgot or just didn’t look into it, Hollywood is taking another crack at the series. This time, however, it does seem like they’re deciding to stay more faithful to the source material. The movie will be called Resident Evil: Welcome to Raccoon City, and it will adapt the stories from the first and second games. And no, there will be no original character for the movie forced in like Alice. This movie will have the classic Resident Evil characters that everyone loves.

We’ll be getting Leon, Claire, Chris, Jill, Ada Wong, Dr. William Birkin, and the famously sinister Albert Wesker. Now I don’t fully love the casting choices of these characters, but I’m happy to see that the movie will be including all of them. The only question is, will this movie do them justice? Considering that they’re going to be the focus of the movie, I’m betting it will. So let’s think about the gross stamp Paul W.S. Anderson’s movies left on the franchise and this upcoming movie. If you’re excited about it, do you think it will redeem the Resident Evil movies?

In all honesty, I actually think Welcome to Raccoon City will do the Resident Evil series justice. Then again, I was one of the few overly optimistic fans who thought the Warcraft movie and Assassin’s Creed movie would be good. Those movies didn’t turn out the way I wanted them to, but I feel like this new Resident Evil movie will be different.

And why is that? Well, for starters, we’re beginning to see a new era where video game movies aren’t so bad anymore. The 2018 Tomb Raider movie was actually a fun movie to watch because it was clearly taking notes from the greatest elements of the new games. The new Mortal Kombat movie, while nothing spectacular, was super fun to watch and respected the main characters. Even The Witcher series on Netflix has met great success and now we’re getting more video game shows on the way.

The point is, video game movies are starting to get away from that dark place they were stuck in for so many years. Yes, I’m confident this upcoming Resident Evil movie will be a huge improvement from the Paul W.S. Anderson movies. Granted, that’s not really saying much, but it already seems like Welcome to Raccoon City is avoiding the mistakes of those movies. Now, all it has to do is give us faithful adaptations of the characters and not mess with them too much. And yes, give us that zombie killing action, but please, no excessive shaky cam. And also, please do not make the big monsters like the Nemesis the secret boyfriend of Jill or Claire.

I have a strong feeling this Resident Evil movie won’t repeat those mistakes. If it does deliver, then it certainly can redeem the movies and we’ll take more sequels. I mean, it can’t be any worse than the Anderson movies, right? If it’s just decent, at least it will be better than his were.

So what are your thoughts, Resident Evil fans? Resident Evil: Welcome to Raccoon City will be released on November 21. I think for now, I’ll just keep my fingers crossed.