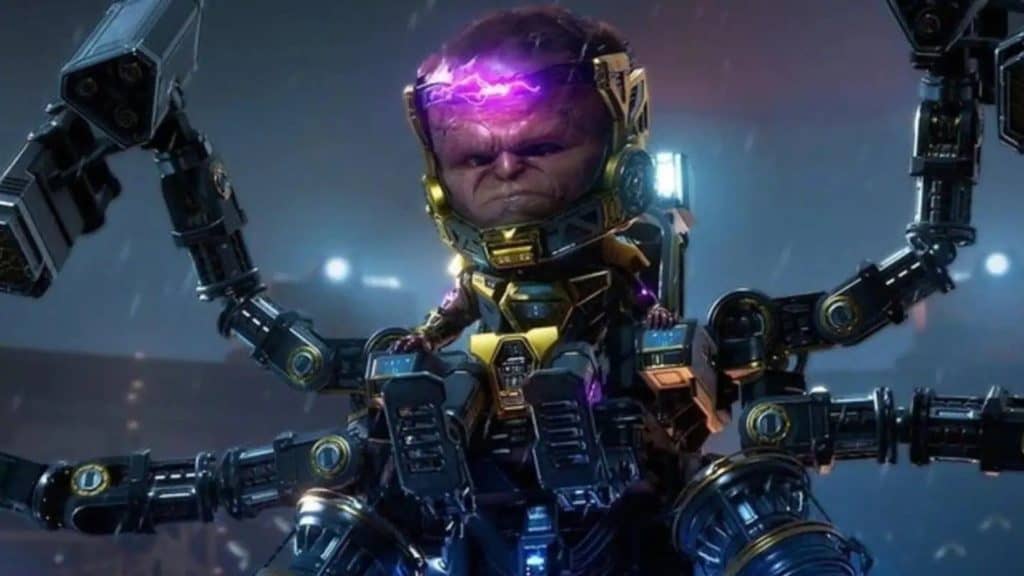 The truth is that Jim Carrey isn’t a stranger to comic book movies, but to date, he has yet to step into the MCU. The rumor at this time, because that’s all it is really, is that he might be introduced into the upcoming She-Hulk series as M.O.D.O.K. or as George Tarlton, the individual who ends up becoming the villain that a lot of people enjoy laughing at. As humorous as M.O.D.O.K. appears though, the truth is that he’s actually quite deadly since he has a very impressive array of weaponry and defensive technology that can allow him to stand as a real threat to those that he’s fought against in the past. As a Captain America villain though it does feel as if he might have a chance to become another part of the MCU that shows up more than once between the various shows and movies, which would be interesting to see, especially if Carrey took the part. At this time a lot of people are likely hoping to hear confirmation that this will happen, but until anything is certain it will remain a rumor for the time being since spreading rumors only to see them disproved is kind of a dead-end deal.

But thinking about it a little further does open the door to several ways that Jim Carrey might be able to do his part for the MCU since as most people would agree, his days of being funny aren’t entirely over, but his days of being a serious actor have been rather impressive over the course of the last decade and more. His turn as Dr. Robotnik in the Sonic the Hedgehog movie was actually very interesting since it brought back a great deal of the humor that helped to make him so famous, but it also managed to stay grounded just enough within the character that it didn’t feel so wildly out of bounds. The fact is that Carrey has taken many roles and run with them in a way that grabbed the attention of the audience in a manner that allowed him to become the wild and zany comedian he’s been seen as in the past.

One of the best aspects of Carrey’s career over the years however has been his ability to become a truly skilled dramatic actor, even if a number of people still aren’t entirely used to it. This is the guy that used to bend over and speak from his backside after all, and while he and others might not like to be reminded of it, or might not care, the fact is that seeing someone of Carrey’s obvious comedic skill transition to more dramatic movies has been something that many people didn’t know how to take. Even when he took on the role of The Riddler in Batman Forever, he was still allowed to be a comical figure since he was cracking jokes left and right throughout the movie. It’s even become a well-known fact at this point that Tommy Lee Jones, who placed Two-Face, didn’t want to work with him as he couldn’t stand Carrey’s constant need to act like a buffoon. Funny enough, that’s a big part of what made Carrey so popular in the first place.

But if he does set foot into the MCU he’ll join a growing group of individuals that have done the same over the years, and it’s fair to think that M.O.D.O.K. might be a character that might find a little more acceptance in the Marvel universe since there are plenty that believe him to be a serious character, but there are still those that happen to think he’s kind of a joke, which is hard to dispute since he’s essentially a giant head that utilizes state of the art machinery to accomplish what he wants. But with Carrey behind the character, it could be something that might be amusing but also just serious enough to be seen as a real threat in the MCU. Thinking of how versatile this villain could become it’s very easy to think that a versatile actor would be the perfect way to bring him into the movies, and Carrey definitely fits the bill as he’s come a long way since his Ace Ventura days.

With that being said, however, it’s also easy to believe that he could make this character into something that people would take seriously in one moment but laugh at in the next, which would be interesting to be certain. There have been plenty of comical moments in the various MCU movies, but Carrey might bring an edge to this character that people might not fully expect. If he does take the part it would be interesting to think of what he might come up with to turn this into something that might be worthy of multiple appearances.