Home
Entertainment
Will There be a “Downton Abbey” Movie in 2018? 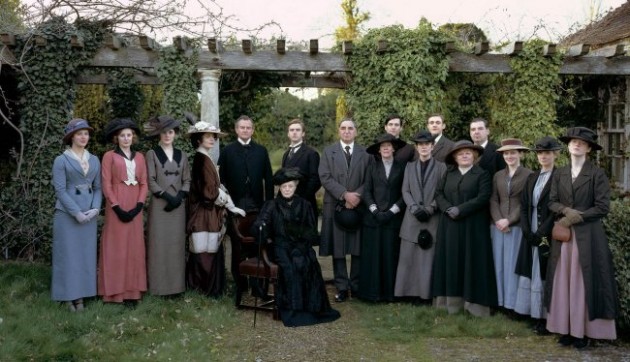 Recently, rumors have been flying that there will be a “Downton Abbey” movie and fans couldn’t be more excited. Since the conclusion of the ITV period drama in December of 2015, a movie creation has been discussed, but now, it is something that is actually “in the works.” Created by Julian Fellowes, Downton Abbey is considered a historical drama, turned into a television series. It was co-produced by Masterpiece and Carnival Films. This show, which has since become an unparalleled hit, originally aired on ITV back in September of 2010. While the series was set at the fictional Yorkshire estate, called Downton Abbey, between the years of 1912 and 1915, it depicts era-relevant events that occurred during this time. Some of the events that are seen during the series include the epic sinking of the “unsinkable ship” the RMS Titanic, the outbreak of WWI and even the pandemic of the Spanish Influenza.

When is the “Downton Abbey” Movie Set to be Released?

While the series may have ended in 2015, it wasn’t the real end of this amazing franchise. After a period that lasted more two years, full of speculation and talk, the movie is confirmed and set to be made. According to Michael Edelstein, the president of NBC Universal, when he spoke at the Downton Abbey Exhibition that opened in Singapore, he confirmed that a script is being worked on, and the key is to figure out how to get the cast together. While this is the challenge, the company is hopeful that the movie will be completed some time during 2018.

While the official release date of this much anticipated film has not yet been released, it is very unlikely that the move is going to be available before 2019.

The Cast and the Quandary

While the movie has received the green light to begin shooting, many of the original cast members were not aware of this. When asked, Laura Carmichael who was the actress who played the role of Lady Edith Crawley stated, that someone needed to tell her agent, because they were still waiting to find out. However, according to great sources, this film is set to start in 2018, and much of the original cast (if not all of it) will be in place to play the proper roles to ensure the movie is true to the TV series.

What is the “Downton Abbey” Movie Going to Be About?

The official overview for this new movie has not yet been released. It is suspected that this movie is going to be focused on the time before and direct lead in to WWII. The final season of “Downton abbey” was set in the year 1925 after the dictator Hitler had released the Mein Kampf, but before Germany had been taken control of. If you love this show, or if you want to see what it has to offer, then this movie is going to be a huge source of interest. Keep your eyes peeled, as it will be coming in the next few years.