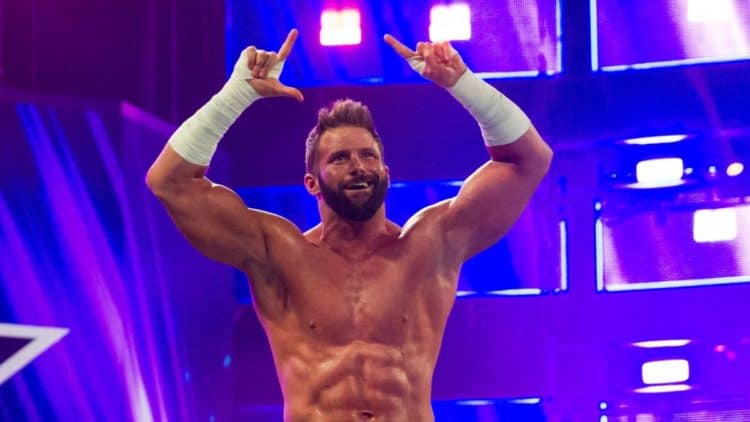 Matt Cardona aka Zack Ryder: A former WWE Intercontinental Champion. A former United States Champion. A former two-time WWE RAW Tag Team Champion. The current NWA star was in WWE for 15 years. Ryder came up through the WWE version of ECW with Curt Hawkins; however, the duo didn’t last long on the brand as they were drafted to Smackdown a short time later. Ryder would arguably take part of the best tenure in his WWE career, which is one of the members of La Familia (Edge, Vickie, and Chavo Guerrero). While Ryder wasn’t treated as a main event star like former WWE World Heavyweight Champion Edge, he was a member of the biggest faction on the blue brand. Plus, he was treated as an important figure, even though he was more so a lackey in the brand.

However, this was Ryder’s first major role in the company so it’s okay for creative to not give him a monster push. He was slowly being built up for the future as he & Hawkins were featured as prominent acts. However, they weren’t exactly showcased as the future of tag team wrestling. Despite the duo becoming the youngest tag team champions in company history at the time, their belts felt like props, and Ryder and Hawkins never really developed into their own set of characters. His stint going back to ECW was a bit better, and probably the best singles run of his character. He was able to grow as a personality and while he was still presented in a goofy manner, at least Ryder got prominent wins against names like Tommy Dreamer.

However, the core issue is that WWE never really saw Ryder as anything other than a goofy comedy character. His early run in the company exemplified that and when his Youtube channel, Z! True Long Island Story, turned him into one of the hottest acts in the promotion, that seemed to make the situation worse for Ryder. It was clear that Vince McMahon never really saw anything past jobber status for the veteran. Comedy acts rarely make it into the main event. Sometimes they barely get any love on the mid-card scene. Guys like Santino Marella are the exception, but Ryder just didn’t fit the typical mole of what Vince McMahon wanted for his top WWE star. When his status rose thanks to his web series, it appeared that Ryder would finally be treated with some respect. Whether you love him or hate him, Ryder has tons of charisma and isn’t too bad inside of the ring. He easily could’ve been a great Intercontinental or United States Champion. In terms of the main event, he would’ve needed to change his gimmick in order to get to that level.

However, creative spent more time turning Ryder into a joke, telling fans that he would never be taken seriously on WWE programming. Even during his biggest wins in 2011, they weren’t clean victories. The way he earned his United States Championship match was thanks to interference from John Cena. Ryder won the big title at the TLC pay-per-view, becoming the United States Champion for the first time in his career, and he had a nice moment the following night, teaming with Daniel Bryan and CM Punk in the main event that saw him stand tall with two other top stars. However, he quickly dropped the belt in January 2012 and was turned into a complete joke during the Kane/John Cena feud.

There were plenty of opportunities to change up Ryder’s character. At WrestleMania 32, it was a huge moment for Ryder as he surprisingly won the Intercontinental title. At this point, Ryder should’ve ditched the comedy character that’s plagued his career for so long and ventured into something more serious. But he wasn’t allowed to because he immediately dropped the belt. Another opportunity was when he reunited with Hawkins and went on this massive losing streak. There’s a compelling story about two men struggling to climb back onto the top. Both Ryder and Hawkins needed character development, but the company half-told the story by jumping into a WWE Raw Tag Team title bout against The Revival with little to no build. They won, but fans were robbed of what could’ve been an incredible journey. Creative didn’t even try giving them much of a push, as Hawkins and Ryder disappeared from television, and they were the Raw Tag Team Champions! Ryder could’ve been a great underdog babyface or a strong staple in the mid-card division. As proven in multiple cases, the guy had no issues getting over with the fans, and was actually a top selling star during his rise in fame thanks to Z! True Long Island Story. You would think that Vince would push an easy money opportunity, but the Chairman just didn’t want him anywhere near the top. Or at least it seems that way. It’s no surprise that Cardona has transitioned well on the independent scene. His AEW stint was a flop (to no fault of his own), but he’s managed to find a character that works on the indie circuit. Zack Ryder was an easy money opportunity that WWE let slip through their fingers.