Home
Television
WWE
Nostalgic Photos from the Golden Age of Wrestling: The WWF 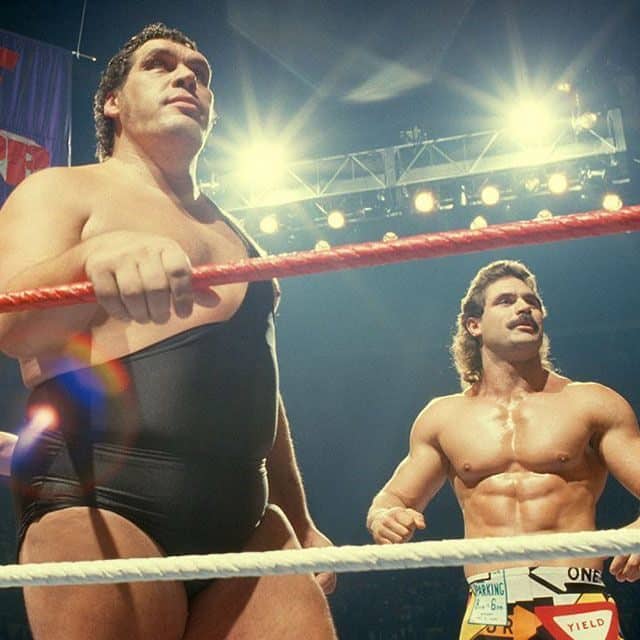 The WWE today is still in full swing and is more popular than ever before but back in the day, when guys like Triple H, the Undertaker, and even Shawn Michaels were just getting started, the legends of the WWE, then WWF, ring still held sway. Greats like the Macho Man Randy Savage (ooooohh yeeeeah!), Hulk Hogan, Rick Rude, Andre the Giant, and many, many more were already legends in their own time and needed no introduction. Back in those days man, wrestling was still something to be in awe of, and if you said it was staged then you might have had a fight on your hands.

It’s still great today, but back then the WWE was something unique and special. Back then was when legends were being born.  And here are the photos to prove it:

When he came on the scene the Undertaker was an unstoppable force the likes of which no one had ever seen before, or so the story goes. In any case he was so dominant that few people ever wanted to face him. 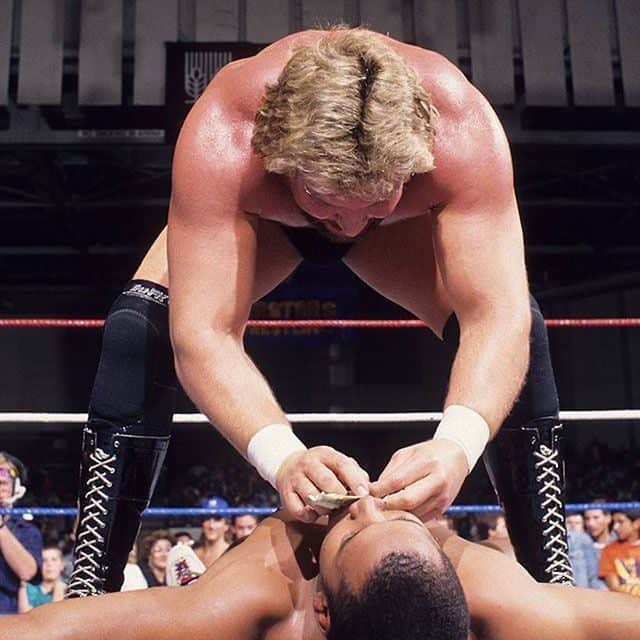 The Million Dollar Man Ted Dibiase loved stuffing bills into the mouth of his defeated opponent. It was just one more way to humiliate a guy. 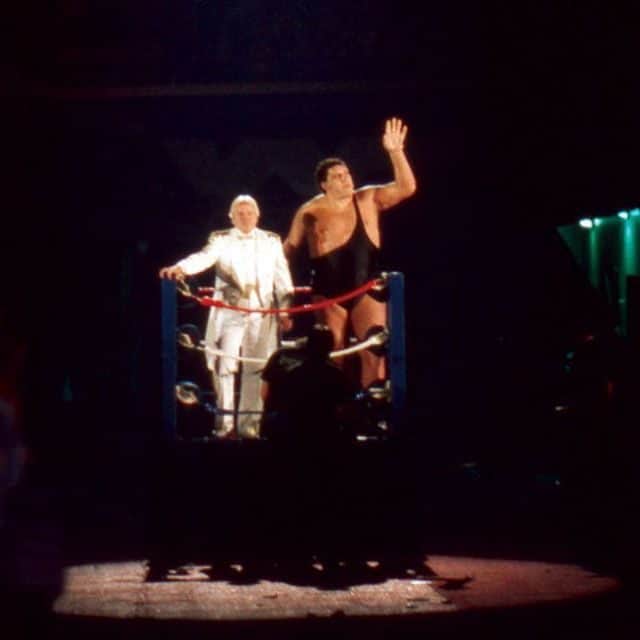 Andre the Giant and Bobby “the Brain” Heenan were both greats in and out of the ring, and together were a formidable pair. 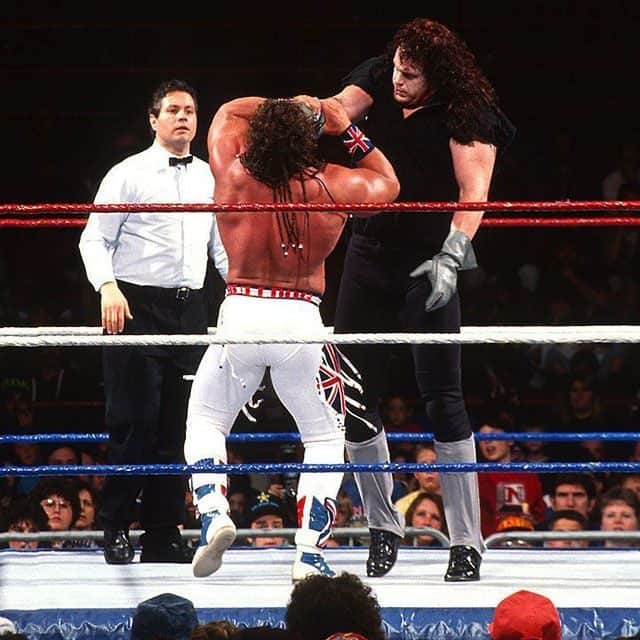 The Undertaker was a character that put everyone on notice when he came into the WWF, especially since he was so dominant. 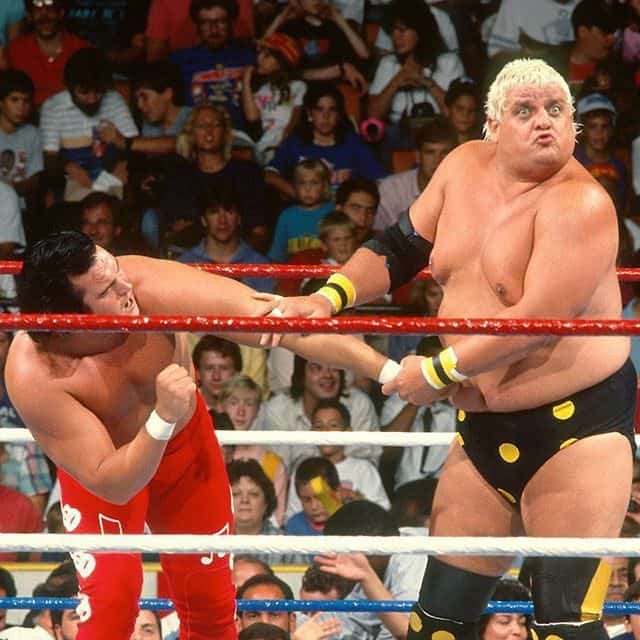 The American Dream Dusty Rhodes wasn’t much to look at but he could put on a show unlike anyone. The Honky Tonk man was pretty much the perfect heel simply because his character was made to be reviled. 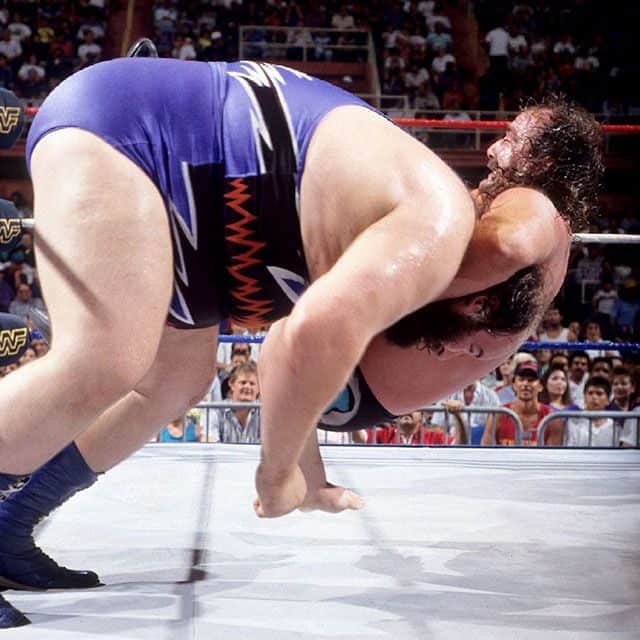 Many a wrestler got to see the end of the dreaded DDT thanks to Jake “the Snake” Roberts. 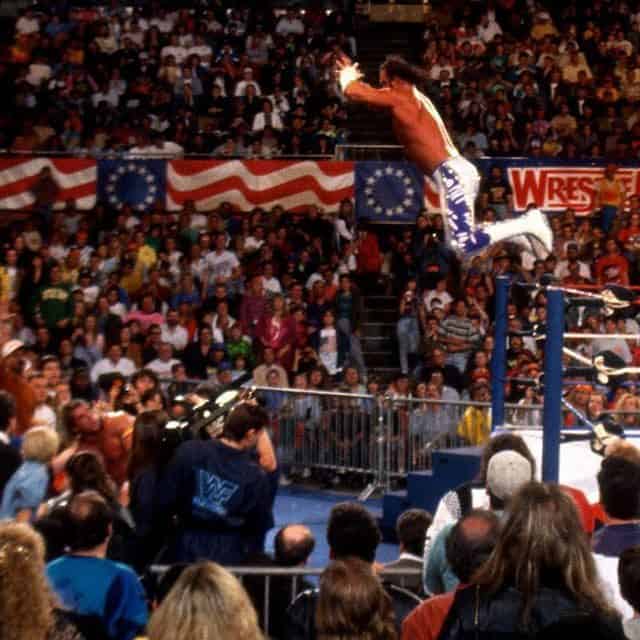 Randy Macho Man Savage was never known for being unwilling to take a risk. In fact he seemed to thrive on it. 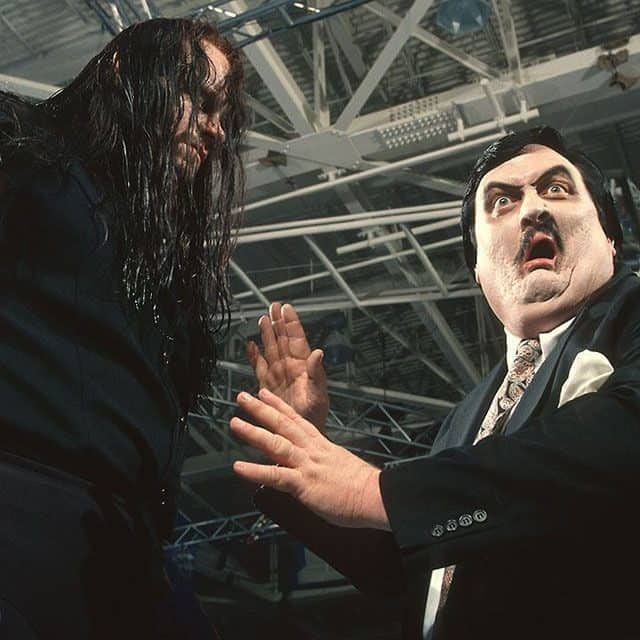 The Undertaker and Paul Bearer were about as creepy a team as you would ever find in the WWE, but their gimmick worked for a long, long time. 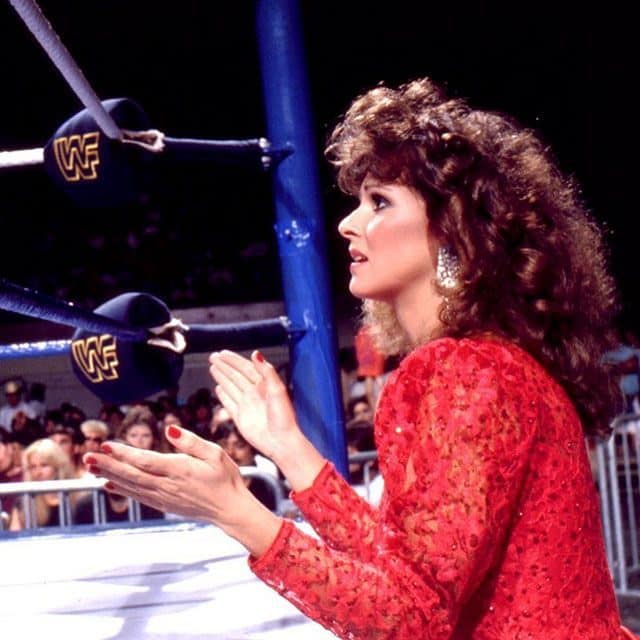 She might not have been the first woman in WWE, but many do believe that Miss Elizabeth was one of the first true Divas. She didn’t wrestle, but she was still a mainstay on the program that people loved to see. 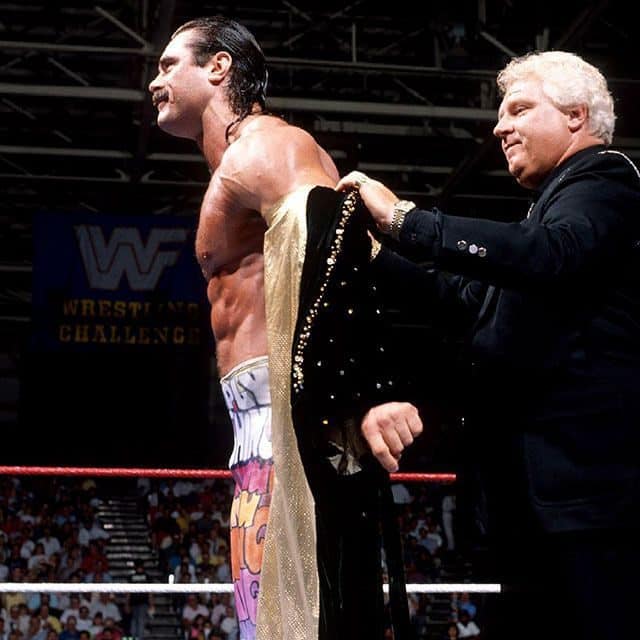 Ravishing Rick Rude was considered the epitome of male perfection, and he had no trouble playing the heel. 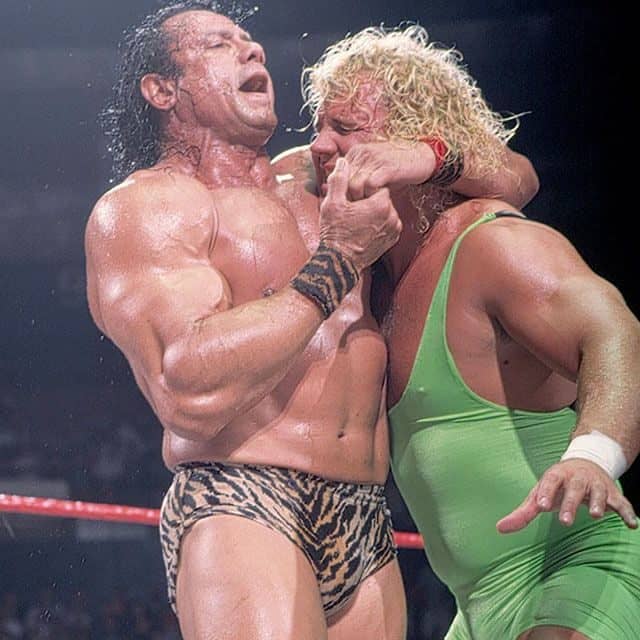 Curt Hennig was a perfect heel as well. He tried more than once to transition over into the role of the good guy but it didn’t work so well. 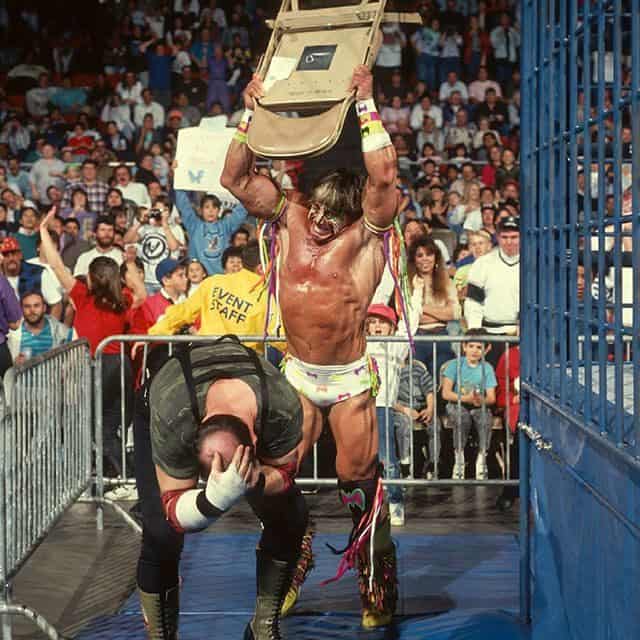 The Ultimate Warrior was a lot of people’s favorite wrestler for a while, but no one ever seemed to think that his gimmick was worn out within his first few appearances. He had so much energy that people just flocked to him. 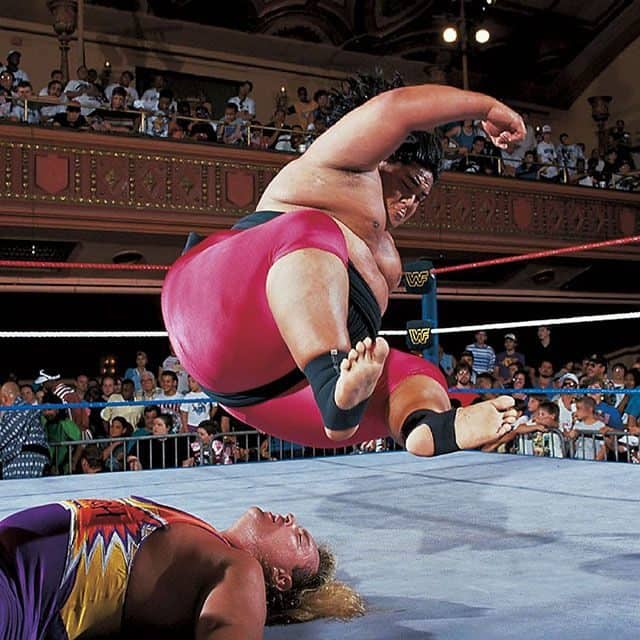 As a wrestler fighting Yokozuna this was not the most idea place to be. 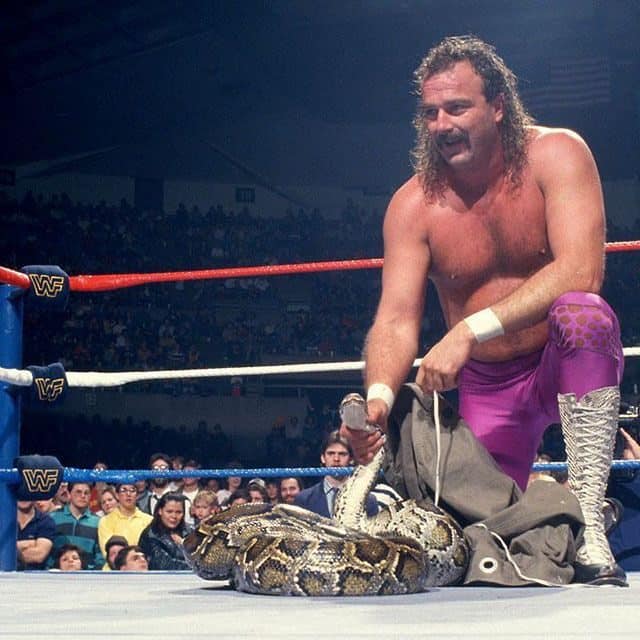 Jake “the Snake” Roberts would use his pet snake Damien as a gimmick after many matches, going so far as to drape the giant snake over his fallen opponent. 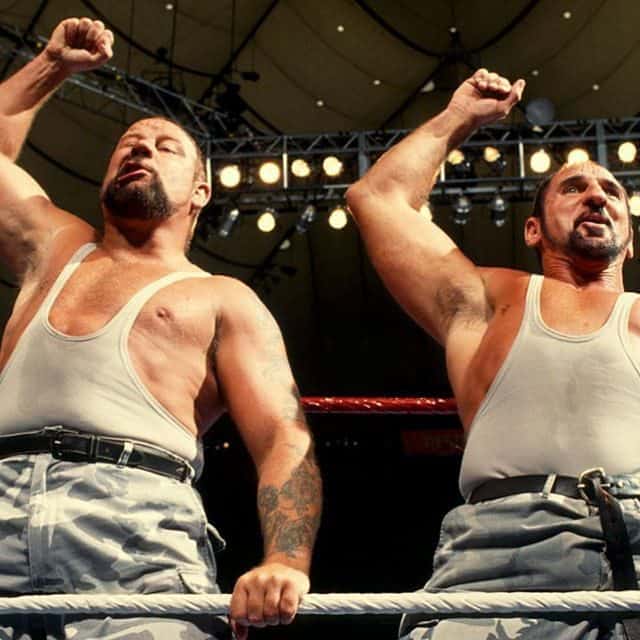 The Bushwackers were just flat out awesome. They didn’t do much and didn’t appear that bright in the ring but they could put on one heck of a good show. 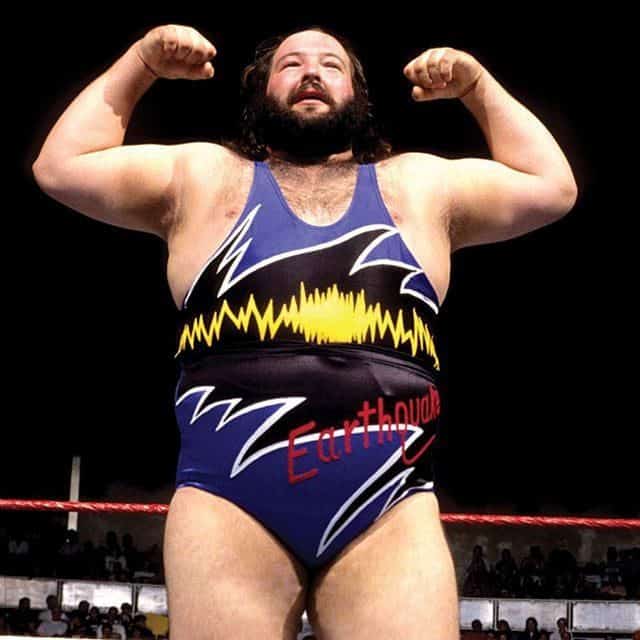 Earthquake was the kind of guy you wondered about, as in how good could he possibly be in the ring. If he got a hold of someone then he could do some potential damage, but otherwise he wasn’t that athletic. 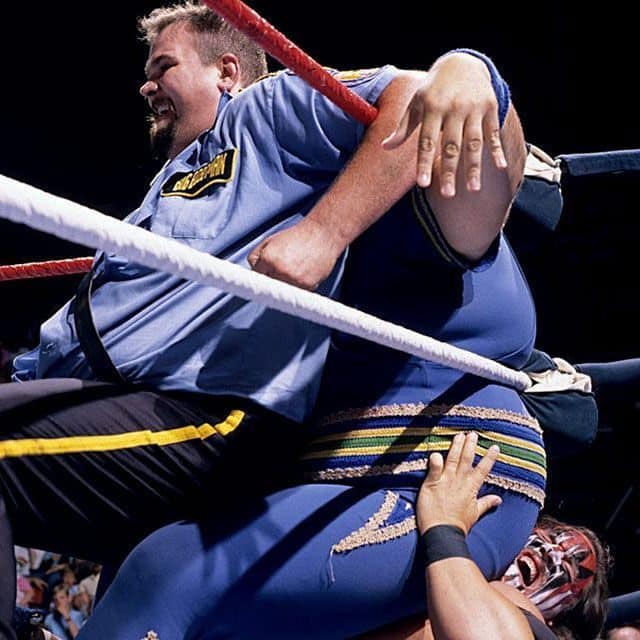 So yes, the Rikishi splash is something that was in use before it was ever given the name, and it’s not something you wanted to endure. 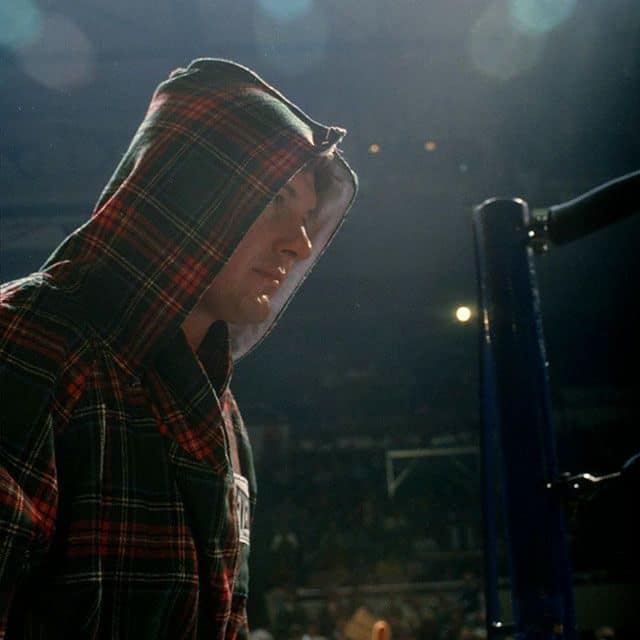 Rowdy Roddy Piper had one of the biggest mouths in the industry and still managed to back it up more often than not. The one thing he never did though was win a WWE World Championship. Thankfully he was so popular it didn’t matter.

The feuds in the WWE were epic back in this era, and were the stuff that legend are made of.

Sigh, why can’t we go back to those days? Oh, right, because McMahon isn’t satisfied with his current income. Talent doesn’t seem to mean as much anymore. If the wrestlers can’t find a way to please McMahon and do their job then they’re destined to be written into obscurity.

That’s the  WWE of today.