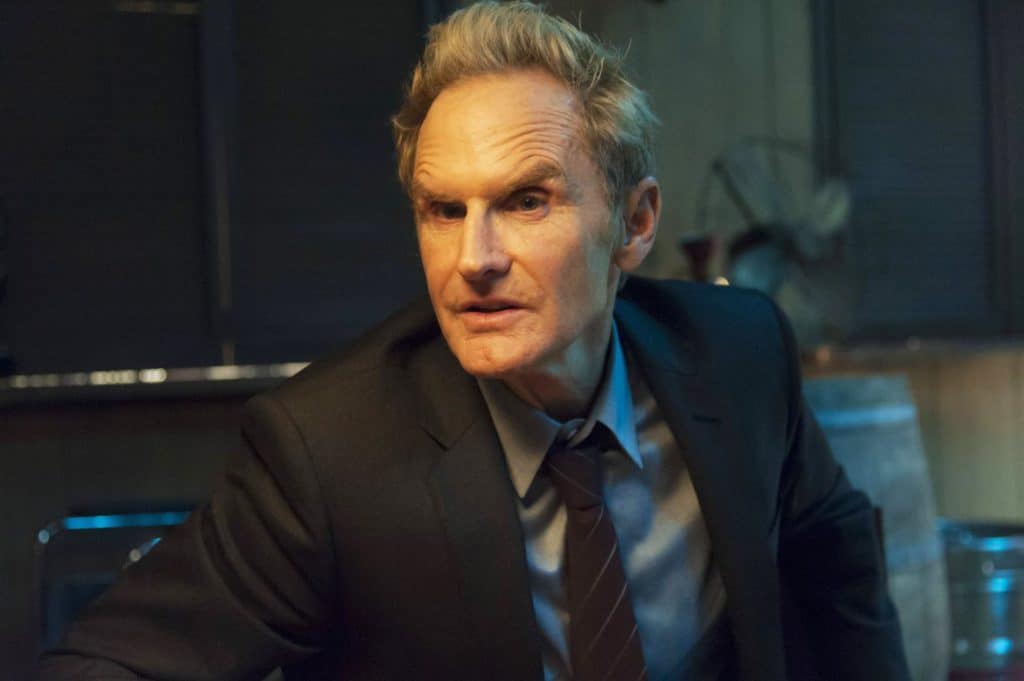 There are characters that become fan favorites somehow even though they’re come of the worst characters in a story that anyone could ever imagine, meaning that they’re always in life for themselves no one else, and don’t care who gets hurt when it comes to getting what they want. Wynn Duffy is one of those characters since throughout his time on Justified he was perhaps one of the characters that really deserved to get shot, and he even wound up getting shot at one point. Duffy is the kind of character that a lot of people expect to die at any moment since he continues to rack up a bill that many would feel is akin to poking karma one time too many. One interesting thing to note about the character is that he was supposed to die a couple of times, in the first season to begin with, and later on during the series at another point. Both times the script was changed, once because it made more sense to keep him around, and the second time because Timothy Olyphant didn’t like how the story was written.

This kind of character is the miserable type since he has no real loyalty to anyone and will do anything to survive. Duffy is the kind of guy who will back down to someone when they can show a much crazier side and a willingness to create mayhem, but if he figures that he has the upper hand he’ll act like the man about town. Plus, somehow guys like this tend to survive when everyone else is either dropping dead or running about trying not to get their head blown off. One thing that Duffy can be called is a survivor, and it had more to do than the fact of belonging to the Dixie Mafia. By the end of the show, he was off to parts unknown to disappear, without any intention of coming back.

To be honest, it was a little irritating to see a character like Duffy get to walk without suffering any repercussions for his actions, but to some, it obviously made sense considering that a lot of people appeared to like his ending. Characters like Duffy are often let go simply because by the time they’re out of the picture there’s nothing left for them, meaning they can’t really do anything since they’ve become highly ineffective in their own sphere of influence. Even if they had contacts and connections that could help them out, such characters are often better off just making their way into the shadows, hoping that those that don’t like them and would gladly shoot them down like dogs won’t come looking. To say that Duffy and Raylan didn’t have a good history between them is kind of obvious, but why Raylan never found a reason to end Duffy is still kind of hard to think about. But somehow, someway, characters like Duffy are often needed since they provide something that a story needs, a weak character that is only strong when they have every advantage but are somehow vicious and opportunistic enough to know when to strike.

Wynn Duffy was definitely that kind of guy since on his own, without a gun, he was a weakling that couldn’t really do anything. But with hired muscle on his side, he was supposedly someone that people knew to fear since he was the guiding force behind people who knew how to dispense pain and wouldn’t hesitate to do so when Duffy wanted it to happen. As an author, these are the hardest characters to avoid taking out of the story at some point since they do tend to serve a purpose, even if they’re detestable and more likely to turn on anyone the moment they get the chance. How Duffy became a fan favorite is a bit confusing, but seeing as how people are bound to root for one character or another for any given reason, it’s easy to think that they saw something in Duffy that appealed to them, whatever it was. But from a story standpoint, not a personal one, he’s definitely one of the scummiest characters and the worst characters in the show since this is the kind of guy that would likely sell his own family down the river if there were a benefit.

If Justified was ever turned into a feature-length movie it feels accurate to say that Wynn Duffy might be better off as a statistic if he happened to be mentioned at all. The character definitely fit into the story, but seeing him get some sort of comeuppance after all he’d done would be nice for once. With that being said though it’s enough to state that thinking that he might have found his end at the wrong end of a gun might be satisfying.