Home
Movies
Why We’ll Be Watching “The Dry” 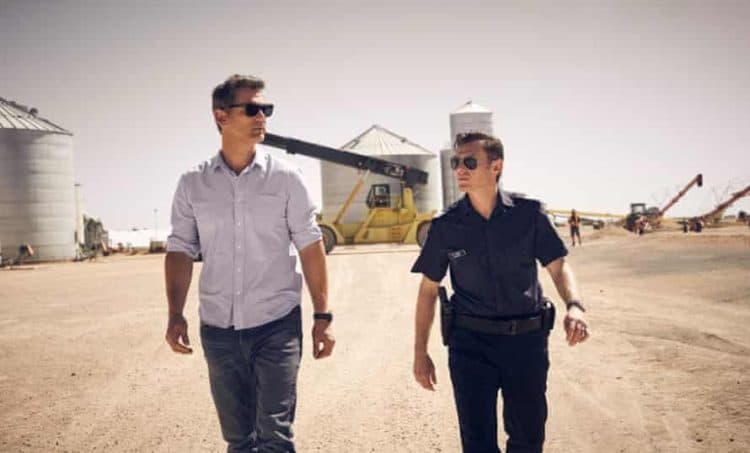 It feels as though we don’t get to see Eric Bana that often, but when he does show up it’s for a movie like The Dry, which already looks like it might be something that people might enjoy. Of course, the title might be descriptive as well since it also looks like something that might not have quite enough substance to really allow people to sink into the story. Bana is a good enough actor to bring a bit of interest to an otherwise basic movie, but this one looks as though it would stand out to a distinct group of individuals that might enjoy a good thriller and are ready to sit and wait to see how all the loose ends of the tale come together. Others might think that it doesn’t look like something that will hold their attention, but this is to be expected since like it or not, the movie does have the look of something that might take a lot of patience to sit through and could kind of fail to deliver on any expectations that people might have. Just watching the trailer is enough to make it clear that there’s bound to be a lot of doubt when it comes to the reason why Bana’s character is being brought back, as well as the fact that a small town is going to hold tight to its secrets when certain people are pressed. In real life, this does happen in small or tightly-knit towns, as people don’t want to divulge secrets for fear that their neighbors will turn on them and possibly turn them out. But at some point, there’s always bound to be that one dissenting voice that will finally break down since they’ve had enough of the secrets, and will divulge enough for the protagonist to learn what really happened.

Having come from a smaller town it’s very easy to see the effect that comes from secrets and the idea that townsfolk need to stick together against outsiders, even if the outsider was one of their own at one time. Small towns in which people are close to one another or at least know enough about each other tend to be their own little worlds at times, and getting any cooperation out of them that isn’t volunteered is bound to be kind of tough. While not every small town is like this there are plenty that still act like this, and it’s fair to say that trying to get anything out of anyone can be like pulling teeth. But the movie makes it appear that there are bound to be several weak links in the chain. The trailer also makes it clear that Bana’s character will not be welcome due to an accident that was blamed on him as a younger man. Another thing about small towns is that if they do turn on one of their own it’s usually because that individual was believed to have hurt someone within the community, or did something so terrible that it couldn’t be forgiven. Being ostracized in a small community comes with a lot more pressure than some folks might realize since it becomes nearly impossible to live among those that won’t speak to you or even interact with you for fear that the community will kick them to the curb as well. And the undeniable hatred that can come from people who once called the individual a neighbor is even worse since in a way it’s almost as bad as having one’s family turn on them.

The Dry could be seen as something that doesn’t need a lot of over-the-top chills to really entertain the audience, since it could be a slightly understated movie that might reach a lot of people with the story and little else. It’s safe to state that Eric Bana is going to be the biggest star in the movie and therefore the easiest to pay attention to, and that might be by design. But it’s also easy to think that the reason his character returns home is going to impact the story initially but somehow get caught up in the rest of the story that will swirl around it like a dust devil before finally settling to tell the whole story before closing it out. Many upon many similar movies tend to move along in this manner, creating an expectation that many people might already feel as the movie gets going. Right now it looks like something that would be enjoyable enough on a weekday evening after work with one’s feet on the couch and a bottle of beer in one hand and the remote control in the other, but it could be that The Dry will turn out to be a little more gripping than that. We’ll just have to wait and see.