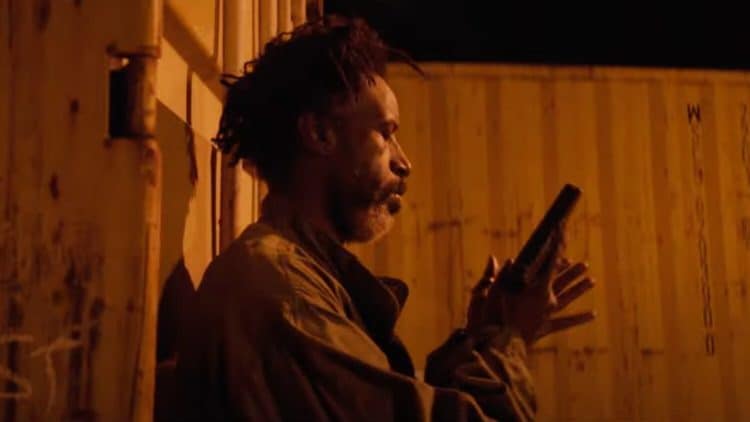 It’s intriguing to see how the legalization of marijuana might affect the overall business, especially the illegal side of it. But in Akilla’s Escape, we get a pretty good look at how things are going down on one end as the titular character is attempting to get out of the business while doing his best not to get anyone else involved. When he comes across a young man that’s attempting to get drawn into the life he does everything he can in order to make sure that the individual doesn’t find himself lost in the woods so to speak. Just going by the trailer this feels like something that might not be entirely possible simply because once one takes a step into the life it would appear that those that it’s too late to get out all the way, especially when a person gets involved with certain people. The drug trade is a large-scale business that many people fall into at one point or another in their lives, but few ever find their way out without massive difficulties, or so the tales go. Akilla appears as a man that is intent on following his own path and will do what is necessary in order to make certain that path is as clear of obstacles as possible. From a viewer’s standpoint, this movie looks like all types of bad when it comes to the deals being done between the various individuals, but this makes for a powerful and gripping tale that people will want to watch simply because they might feel incomplete having only seen the trailer. From the dark and foreboding feel of it to the action that obviously takes place throughout much of the movie, Akilla’s Escape already looks like something that people might find enticing simply due to the uncertain and dangerous nature of it.

A big message of the movie is the generational violence that Akilla and the young man he saves are exposed to and that has been a part of their lives for years. The obvious notion is that Akilla has been trying to move away from violence for years but has somehow always been drawn back to it somehow, no matter how much he’s attempted to escape it. There’s a huge message that many should be able to see if they’re paying attention, a cycle of violence that is a little too real and prevalent in the world today. Some might actually say ‘not to this extreme’ which is laughable since yes, there are extremes to which the violence has gone lately, and while it’s typically for different reasons and not always drugs, there are those who will state that drugs are always involved. Akilla is a man that is trying his best to get away from the violence, and is bound and determined to keep the young man he’s helping out of trouble as well, which turns out to be a rather difficult task since as one can guess, this movie is going to show plenty of violence given that this is one of the things that the drug trade is known for as many of those that are firmly embedded in the life will become violent at the drop of a hat when it comes to defending their product and way of life.

If there’s one reason that we’ll be watching this movie, and there’s more than one without any doubt, it’s that the hero story that Akilla experiences isn’t the typical tale that shows someone with a big heart and a moral code that is seeking to do the right thing. Well, Akilla is trying to do the right thing, but as far as his heart he’s likely lacking in some ways, but being the conventional hero isn’t really his thing. Instead, he’s the man that’s made plenty of mistakes and has tried and tried to step away from a life of crime only to find that it continues to draw him in and offer promises that might not always be kept but are lucrative and able to help generate the funds that might be needed. This movie looks like something that might not appeal to everyone simply because it does appear to make good use of the shadows for practical and aesthetic reasons, and on top of that the action is definitely practical and not too over the top, which looks great and should tell a good story when all is said and done. Action movies that involve movements and storylines that go way over the top aren’t necessarily bad, but they definitely get old after a while and leave people hoping to see something that’s a little tone-down when it comes to what’s possible and what will be seen. At the end of the day, this is a movie to watch when a person wants something practical and easy to watch.