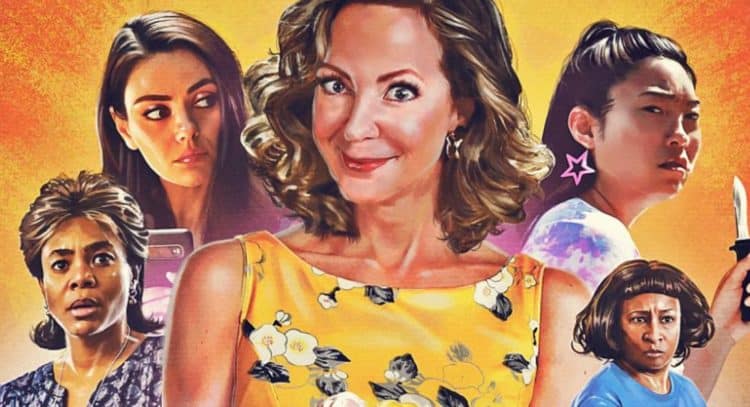 If your first reaction to this trailer is ‘What the…is this?!”, then you’re not alone since Breaking News in Yuba County looks like something that’s bound to speed up and slow down and provide a very herky-jerky ride the entire way through. And yet, it definitely feels like something that people won’t mind since it will likely be entertaining all the way through as well. With an all-star cast headed by Allison Janney and Mila Kunis, this movie looks like a big batch of crazy that a lot of people should be able to appreciate since from the look of it, the movie focuses on the idea that a woman’s husband has gone missing when in truth it also looks as though he’s simply split, and her mind tagged along for the trip. In other words, she appears to be seeking some sense of self-worth in her life after he’s run off, and after throwing a massive tantrum, that some would probably call justified since it could be, the narrative is pushed that he has in fact been abducted, and the damage she’s done is evidence of foul play. Of course, when one goes to the media instead of the police first it might look a little dodgy, not to mention cold-blooded since anyone that’s so worried about their spouse being abducted but not worried enough to go straight to the cops is bound to be hiding something, or they could be one of the worst people in the history humanity.

This movie appears to be lining up to take a poke at how people can allow celebrity status to go to their heads even if that status is brought on by something that’s inherently tragic, which is going to be darkly amusing no doubt since the husband, played by Matthew Modine, is looking very alive and well throughout much of the trailer, but will obviously be captured at one point. But the story is definitely bound to take a few twists and turns as the audience will no doubt wonder where this is going and just how much crazier it can possibly get. From the first look, it does appear to be something that’s going to get a lot of laughs and will also be a movie that people might be talking about for a bit, but we’re going to have to wait until February 12th to find out if any of the expectations that are already being built up for this movie will be met.

One thing that’s obvious is that it’s trying to make it clear that Awkwafina, who is portraying one of the kidnappers, is someone who is supposed to be pretty scary, which works when it’s shown how awkward and off the wall she can be. Clifton Collins Jr. is definitely bound to be scarier than she is, and it has nothing to do with being a man, but everything to do with attitude and the ability to be someone that can deadpan with the best of them. Awkwafina is definitely amusing and humorous, but scary is something that she can only accomplish with being undisciplined and less than patient. Otherwise, she’s already not looking tough but she does look like an annoyance that has a habit of causing harm to others when she wants to. Janney’s character definitely appears unbalanced since throughout the trailer her wild-eyed look is one that’ absolutely terrifying since it implies that not everything is alright upstairs. With that in mind though, it almost feels as though we’ll be thinking ‘meh’ if Matthew Bodine’s character gets taken out at some point. He’s been playing characters that people kind of shrug about when they end up getting hurt or killed for some reason in recent years, but at the very least he’s not too bad at them as by the end of his character’s life span people are actually ready to get rid of him.

One could argue that this movie is pretty female-centric considering that the men in this trailer are either cheating, the unsavory type, or what appears to be a ruthless boss, while the women run the gamut from troublemaking tough girl to the slightly off-kilter wife that’s been jilted, but the fact is that it’s bound to work like this since it doesn’t feel like something that came out of a feminist oven half-baked. If anything it feels like something that has plenty of development and should be able to be enjoyed by a wide number of people since it’s not really targeting anyone and appears to be the time of movie that will offer up a good number of laughs that might make us feel guilty for even chuckling but will have a lot of us rolling by the time the movie is ending. We’ll have to wait and see, like always.