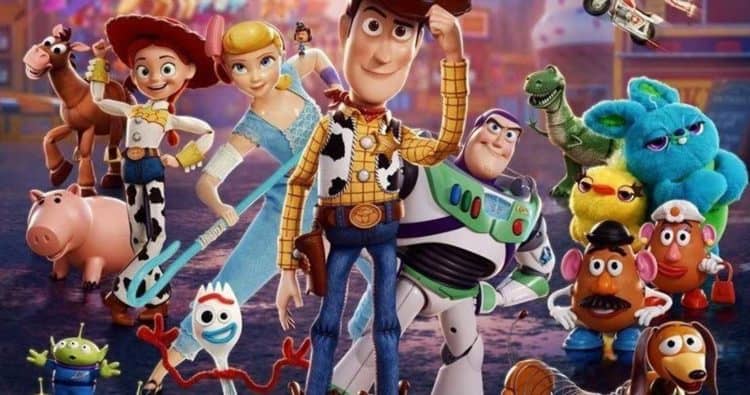 When getting to see Inside Pixar it’s very likely that one would see a place that literally never sleeps since it would appear that there’s always someone working there, always someone creating, and always someone that’s trying to improve on one thing or another. In short, Pixar is kind of like a creative beehive, there’s always something going on no matter what it might be. The level of creativity that exists at this place is amazing to be certain and it does appear to be a fun place to work, but also a spot where they take their job very seriously since they’re doing their best to represent as many people that they can in creating one animated marvel after another. Considering the wonders that they’ve already churned out it’s hard to argue with the idea that things could get any better, but year after year it’s been apparent that they’re more than willing to surprise us by coming out with added material that has entertained and inspired a large number of people around the world that have continued to love and follow the works they produce. There have been a couple that feel as though they should have been let go a while ago, but at the same time, the company has found ways to explain the continuation of some of their best stories and has continued to deliver other stories that are just as powerful and have been just as widely accepted.

It does sound a little daunting to work with so many people on a project and have to collaborate on an idea that might get ripped to pieces and then put back together in a way that feels jumbled from its original form. But this is where the ego of any creator really needs to be put on hold since collaborating with others to create a project that people will enjoy requires a process that is less ego-driven and more cooperative since everyone brings a different idea to the table and the goal is to come up with something that will work for everyone and that can encompass the core idea that’s been agreed upon. That’s how a tale such as Toy Story or anything else that Pixar has done comes together since it can take one writer or a few but the chances are that once everything is said and done, there will be a couple dozen if not many more individuals that will have added to the idea in some way to bring it to life.

There are plenty of artists that would likely find it difficult to work in such a space since despite being able to bounce ideas off of each other, which sounds like a blast and a headache depending on the subject, there are a lot of folks that take the ‘my way or the highway’ approach. This doesn’t feel like something that might work at Pixar if only because of the need to share ideas and how they might work together in order to create a cohesive unit that will one day become a full-length movie or a short film is a big part of how this place works. It’s not about the individual, it’s about what the individual can bring to the table and share with the team, which sounds like a great environment so long as people can work together and create a space that’s conducive to letting everyone share their ideas and have them be heard. This is how a place such as Pixar runs since the team is more important than the individual and so long as this is understood and allowed to flourish as an idea then one can work within the confines of the team and allow their creativity to run wild since the team will help to build that creativity or will possibly steer it in a direction that will allow everyone to see the same vision that will eventually come to fruition.

Obviously, there will be some friction now and then since working in a team space isn’t exactly perfect every passing second. But working through and past any issues the might crop up is what has managed to allow those at Pixar to bring their many fans the movies that people have enjoyed for so many years. A lot of what Pixar does is bring hope and a great deal of inspiration along with the imagination that helps to fuel the overall effect that they attempt to create. Getting a chance to see inside the process and to understand a little better how it works will be nice for a lot of people since they’ll get a glimpse at least of what goes into their favorite movies and how the process is broken down bit by bit. It might actually make people love the movies even more.