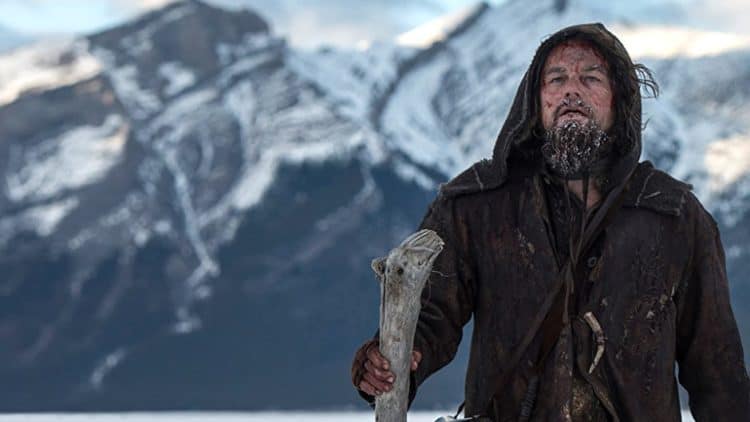 First of all for those that remember the video game Revenant from 1999 don’t get confused, we’re not talking about remaking the game, interesting as it might be now that two decades have passed and the available technology would make such a game insane. Nope, we’re talking about the movie that made such a huge buzz back in 2015, the same movie that finally got Leonardo DiCaprio his Oscar and was seen as such a gruesome and in some ways controversial picture that depicted the life of Hugh Glass. The story was something that might be gritty and extremely rough to the eye, but given the kind of games that have been developed and released in the last two decades it doesn’t seem as though it would be any worse for its content. In fact you could say that despite the amount of gore and violence it would still be kind of tame compared to most games that have hit the market.

One scene that might still get to people, though it might lessen now that the movie’s been out for a while, is the famous bear-mauling scene that nearly killed Glass and left him injured to the point that he couldn’t even move for a while. According to Brent McKnight of CinemaBlend the scene was actually kind of pain to shoot, especially for the stuntman that had to play the part of the bear before it was added in later. A lot of people might have died in that moment, unable to find any reason to keep going in the bitter cold and with the kind of wounds that he’d incurred. As a quest game this almost seems as though it might be best as something that could be divided up into various mini-quests that would take the character throughout the development of the movie, perhaps even offering added incentives like bonus movie clips or the making of the movie. For movie and history buffs it would be a great incentive, but there might be a little more needed to really push this game since unlike many others it’s not exactly the fast-paced, constantly moving story that a lot of people tend to like in their video games. The emotion it could bring about however might be a big draw since Glass had to endure quite a bit in order to first survive and then finally gain his revenge for the death of his son. Of course as you can read from historical records the movie isn’t exactly honest in how things turned out, but it was an end that people happened to like since it was a conclusion to a tale that had already been insanely tough.

Making movies into video games is a switch without a doubt since it’s been done but as usually happens something has to be added to make it a little more entertaining so that gamers won’t try it once and then consider it a flop. In this game it would probably be necessary to start well before the events of the movie to give some sort of basis to Glass and his lifestyle and why his life was the way it was. Plus, it might be helpful for the players to have to develop certain skills in order to make their character, who would likely be one of the unnamed trappers that were seen in the movie, to survive the wilderness, native attacks, and other pitfalls that can come from such a hard life in the fur trade. In this manner it would be easy to get into the game since the constant development and buildup would give a player the enticement they need to keep going. Of course it might also pay off to take the same style of gameplay as Call of Duty and switch back and forth from one character to another as the story goes on, perhaps even playing the character of Glass in order to finally close the story out at the end. It could be an interesting game since anything based off of history already has a good amount of story to go with it, and would only need to be tweaked so much in order to become something great.

It would definitely have to be a first-person game though as this seems like the best way to give the player the kind of experience they would need in order to really get into the story and feel some kind of connection to it. Anything else and it seems as though the game wouldn’t perform as well and it likely wouldn’t get a lot of attention before being put on the shelf. The one thing that keeps a game going are the gamers and their reactions to it, and this one might be a hard sell as it is without adding a good amount of frills. The story might need to be touched upon more than a few times by other elements that might not have been seen in the movie but could still be used to enhance the overall game experience. It could work.