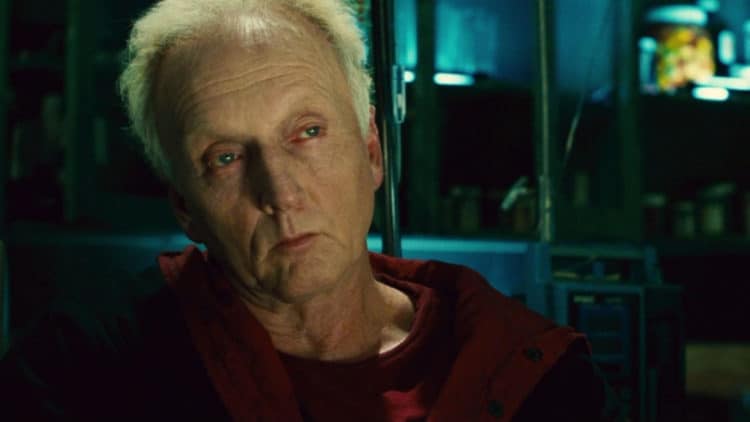 In 2004, the world was introduced to Saw, a micro-budget horror film that would grow into a lucrative nine-film franchise. The overall premise of the films was about John Kramer aka Jigsaw, a cancer survivor who puts criminals in sadistic traps in order for them to truly see the value of life. Saw was never a critical darling; however, the premise was intriguing to audiences and the film was a popular tradition for Halloween. However, interest waned for the franchise following the third entry. The Saw reviews weren’t getting any better and the notoriety of seeing a Jigsaw trap was wearing off. Following Saw: The Final Chapter, the series attempts to reboot twice, Jigsaw, and Spiral: From The Book of Saw; Unfortunately, the critics still weren’t impressed with both films. Jigsaw managed to get an impressive $102 million worldwide; however, the star-studded Spiral featuring Chris Rock and Samuel L. Jackson only garnered nearly $40 million. Of course, the pandemic played a crucial part in the box office returns but there should be no denying that the Saw franchise isn’t as popular as it used to be. Horror has done particularly well in 2021, with A Quiet Place Part II and The Conjuring: The Devil Made Me Do It making over $200 million worldwide. Let’s dissect the Saw franchise altogether and break down the reasons the franchise continues to be a disappointment.

Saw Is A Contrived Mess

The Saw franchise must be applauded for creating a unique world within the horror genre; however, the films are a convoluted mess that actually bogs down the series entirely. Saw is known for three things: Its traps, the twists, and the over-the-top connection between each film. There’s nothing wrong with having a connecting universe, Marvel is a master at it; however, the Marvel Cinematic Universe isn’t a twisty and contrived mess of stories that confuse the audience. With the franchise heavily relying on the backstory of Jigsaw – who died in part III – the overexplaining of the character has ruined the lore of the serial killer and the mystique of the franchise as a whole. The first Saw has the best twist in the franchise; however, the writers ultimately ruined that great ending by explaining that moment in the later films. All the nonsense with Jigasaw’s apprentices muddled the property even more. The franchise should’ve simply focused on being a horror movie revolving around the serial killer and his victims, not some melodramatic rounds of flashbacks that clouded the mythology of the Saw world.

One of the biggest problems with the Saw franchise is the lack of character development when it comes to the victims. Usually, we’re following unlikeable people who have done heinous crimes. Or in the case of Donnie Wahlberg’s Detective Matthews, a straight-up a**hole. Most of the time, we’re usually following the victims and the issue is that we never truly get to understand their motivations. The Saw victims never truly show any remorse for their crimes, thus it’s hard to feel sympathy for a group of criminals. The character development was usually maintained for Jigsaw and his group of lackeys; however, as previously stated, the deeper we go into the Saw mythology, the more it becomes a contrived mess. John Kramer is an interesting character; however, he’s a serial killer, a sympathetic one, but still a murdering bastard. The Saw franchise could’ve been an intriguing character-driven piece that could’ve been reminiscent of Seven, but with cool traps. Instead, the franchise focuses way more on the inventive ways of killing people, instead of a compelling narrative. Saw is filled with interesting characters, but when you fail to give them more than one dimension, they become boring and insufferable people. Perhaps the creators wanted you to root for John Kramer’s torturous methods. Unfortunately, the film never picks a side and adds to the perplexing storytelling.

The appeal of the Saw franchise is the death traps. How could anyone forget seeing the bear trap in the first film? Or the bone-shattering Rack trap in Saw III? Or even the carousel shotgun trap in Saw VI? Either way, the filmmakers were running out of cool trap ideas as each film passed along. The good news is that every film at least had a decent trap. The bad? The traps tend to be lamer than not. The novelty of the Saw traps was seeing how the victims would get out of these impossible situations; however, with each sequel, the novelty diminished over time and audiences simply stop caring by the time Spiral came around. Spiral tried to take a different approach by not simply focusing on the gore too much; however, the Saw sequel arguably had the weakest traps in the entire series. While a strong narrative should be the focal point from Saw going forward, the bread & butter of the series is the traps. Both should satisfy the lust of fans who pay a ticket to see the once-popular franchise.