Home
Television
Why Selena The Series Was Mostly Ignored 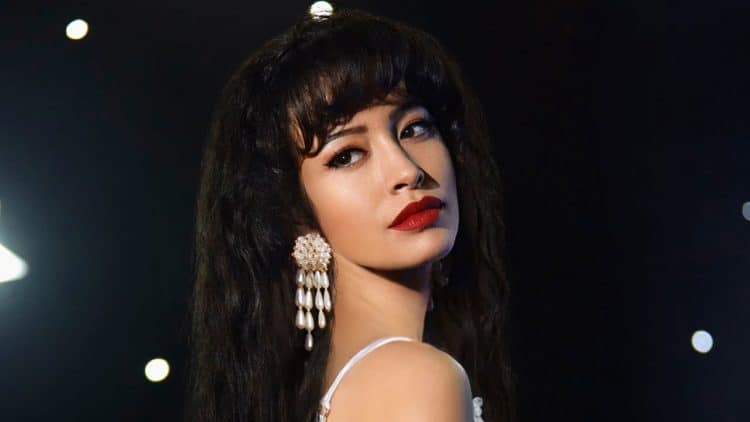 Over 20 years after Jennifer Lopez’s remarkable turn as the iconic Selena Quintanilla-Perez, Netflix had a two-part series surrounding the Latin/American singer this past year. For those of you unaware of one of the most popular entertainers to dominate the music world during her time at the top, Selena grew up in the world of music by starting out in her family band named Selena y Los Dinos. As time went on, Selena ventured into solo territory and slowly became the “Queen of Tejano music”, selling over 18 million albums worldwide and she has won two Grammy awards. Tragically, Selena lost her life at an extremely young age due to her manager Yolanda Saldivar, who is now serving a life term for the murder of the popular Latino star. Saldivar will be eligible for parole in 2025. What made Selena such an iconic figure wasn’t just her tremendous music, but her warm and loving personality, and her impeccable sense of fashion. The 1997 feature wasn’t perfect by any means, but the film did a great job of capturing the essence of who Selena is as a performer and human being. So, when a Netflix series was announced, this was a chance to dig deeper into the larger-than-life personality that a new generation of fans could get to know and understand. However, the Selena series was met with critical disapproval for parts I & II, and there wasn’t much chatter surrounding the show once it dropped on Netflix. So, why has the series quietly disappeared in the eyes of critics and audiences? Let’s dive deeper into the reasoning why Selena was mostly ignored.

The First Season Was A Disaster

One of the biggest issues regarding the first season of the series is that it doesn’t feel like Selena is the star of her own show. We never get a true sense of who she is. The show doesn’t take it’s time to highlight the Latin star by diving into her psyche out of her music prospects. The purpose of the series was to dive deeper into Selena’s world, yet the focus was most so on her family, namely A.B. Quintanilla and Abraham Quintanilla. Had this show been labeled as a family affair then it would’ve been fine if the focus was on the entire family instead of the title character; however, the purpose of the supporting cast is to aid in the journey of Selena. The first season failed to focus on Selena because there aren’t many stakes regarding her character. As season two begins, the show does a better job of highlighting the Latin sensation, but many of the fans who did check out the show didn’t feel that they got to know Selena on a deeper and personal level. It felt like cliff notes taken from media and television headlines instead of an intimate portrait of the woman who grew up to be one of the biggest Latino stars of all time. Another key issue was the production value and script were a complete mess. This was oddly strange for a Netflix series because the streaming services tends to put high quality stuff; however, there’s plenty of shoddy camera work or obvious greenscreen moments. Let’s not forget about the horrible wigs! Jesse Posey (Chris Perez) was a notable standout because his wig was hilariously bad.

The Portrayal Of Chris and Selena’s Relationship Was Bland

Speaking of Chris, there’s nothing about him in the series that made audiences understand why Selena fell in love with him in the first place. Unfortunately, Posey and Christian Serratos just don’t have the chemistry to pull off the romance and it doesn’t help that their story is undeveloped. We need more screentime with the two together to showcase their developing feelings because it the show quickly dives into the relationship and then the family drama that came with it. Going back to the 1997 feature, the film does a great job introducing Chris and the budding romance between the two. It does help that Jennifer Lopez had some onscreen chemistry with Jon Seda. Over the course of the biography, the progressing of their relationship feels natural and authentic. Granted, we don’t go deeply into Chris, but at least we understand why Selena was attracted to him. The series was a nice opportunity to explore Chris a bit more, but the dynamic never feels organic between the two characters and their constant arguing in the latter half of the season actually makes you root against these lovebirds from getting married. These highlighted issues are what prevented a strong word-of-mouth for the series. Naturally, fans of the show were going to ignore the critic reviews for the television series; however, the Netflix exclusive actually made fans appreciate the Jennifer Lopez movie even more. The second season was a bit better in terms of quality, but most fans checked out by that pointed and so did many of the critics. Unfortunately, Selena isn’t showcased much in the mainstream media, which is a shame. Most of the new generation likely didn’t know who the legend was and didn’t care enough to find out more, despite the decent trailer. Selena the series failed to properly showcase it’s title character and when fans caught wind of that, so did the interest for the entire series.