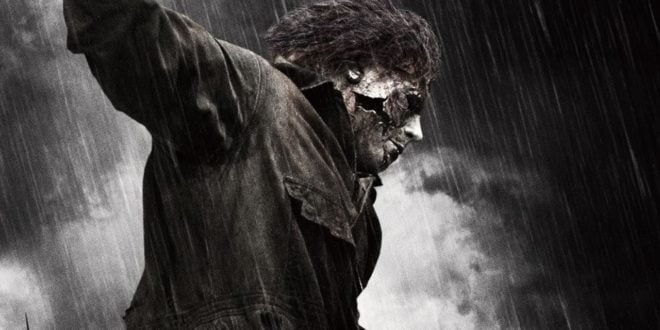 The timeline of Halloween was a reset when John Carpenter hired Rob Zombie to direct a new version of the iconic villain. Now, when it comes to Rob Zombie movies, his films tend to be hit or miss. While the horror maven certainly has a knack for the genre, his hillbilly, white-trash elements that plague most of his films also keep Zombie’s horror movies from being great. Halloween gets somewhat of the same treatment here; however, Zombie actually manages to do a decent job with the Michael Myers origin story. In the original, what made Michael Myers so menacing was the fact that we knew nothing about the murderous brute, thus making his movements and intentions unpredictable. While there was nothing wrong with keeping the iconic villain a mysterious entity, there’s a rich lore of exploring the past of Michael Myers.

While the Myers story in Zombie’s reboot is nothing overly original, it does add layers to Michael’s character and helps audiences understand why he’s such a monster. It helps that Daeg Faerch is solid in the role as young Michael. He’s not the intimidating brute that the adult Myers has been in the original films, but we understand his psyche thanks to his portrayal of the young serial killer. While Michael does come across as sympathetic here, Zombie wisely does enough to make sure he’s unlikeable. Myers being a psychopath by murdering innocent animals could’ve been explored some more. What exactly makes Michael Myers tick? Why does he feel that murder is okay in his mind? The film mistakenly glosses over this interesting angle and goes into the generic “psychopath was bullied/abused as a child” story that ultimately drives him into madness. Yeah, being abused or bullied can have a huge effect on your mental state, but it’s clear from the beginning that there’s something wrong with the young boy.

From there, the movie only gets worse because Halloween retreats back to a shot-by-shot remake of the original classic. It’s a shame that Zombie decided to revert back into the original’s territory. John Carpenter himself gave the filmmaker reigns to do whatever hell he wanted to in his new version of Halloween and it would’ve been a cool departure from the Halloween formula if this was more of a character study of the mad man himself. Since Halloween reverts back into the original’s plot, we’re left with a generic backstory that culminates into a bland and predictable new generation of Halloween. Rob Zombie’s Halloween falls short because he stops himself from taking a big risk that could’ve found himself exploring a different and intriguing avenue. I get that Halloween was never a deep character study. People want to see Michael Myers stalking and slashing away. However, that formula gets extremely tiresome. Other than the fact that the original Halloween sequels were just plain bad, audiences were growing tired of seeing the same beats in the franchise over and over again. While Halloween III: Season of the Witch tries to deviate from that formula, it still turns out to be a mundane slog that doesn’t have much to say, like Zombie’s Halloween.

The Halloween remake turns out to be in the same vein as 2013’s Carrie or 1998’s Psycho, all three remakes feel pointless because it doesn’t justify it’s own existence. Zombie may have crafted an origin story that may have deepen the persona of Michael Myers; however, since the film ends up retreating back into Carpenter’s original story, it ultimately proves to be a worthless addition as it has no impact on the overall Halloween arc. The actors pull out a solid performance once Myers goes back on his murderous rampage, but it pales in comparison to stars Jamie Lee Curtis and Donald Pleasence. I understand that Laurie Strode wasn’t exactly a layered character in the first film. What made Strode such a likeable “final girl” in the original was due to the performance of Curtis, who has a magnetic personality anytime she’s onscreen. Since Scout Taylor-Compton is playing the same character 20-plus years later, there’s a black cloud surrounding her performance. It’s going to be damn hard to top Jamie Lee Curtis’s original take on the character and unfortunately, Scout is unable to transcend from the shadows of Curtis. Halloween is longer and bloodier than the original; however, it simply doesn’t stand toe to toe to the classic Carpenter film. It’s a shame, because Zombie’s Halloween started off promising, but the failure to deviate from the original formula ultimately backfires.