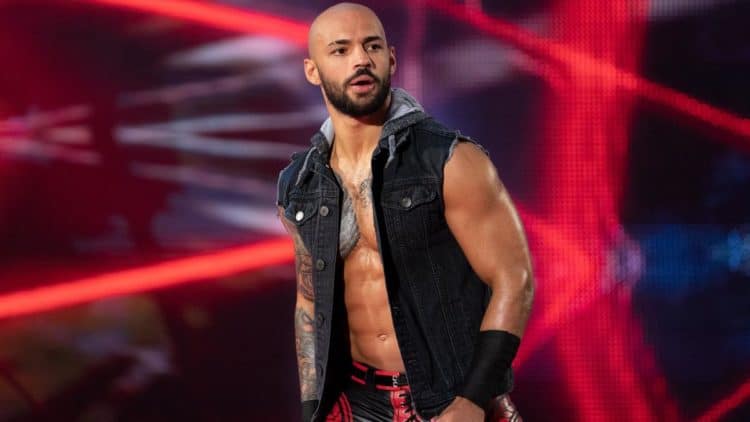 Ricochet is a former NXT North American and the United States Champion. He was deemed the best highflyer in the Wrestling Observer awards for three years prior to his WWE run. He’s notable for his time in Lucha Underground, New Japan Pro-Wrestling, Dragon Gate, and Pro-Wrestling Guerilla. 2013 – 2019 felt like the glory years for one of the world’s best highflyers. Now, the WWE star is mostly a mainstay on Main Event. Sure, he’ll pop up on Smackdown here and there, but he’s nowhere near the level that many thought he would be before his WWE stint. What happened? Why has one of the most influential highflyers in modern wrestling failed to get over in the biggest wrestling company in the world? Let’s dive deeper into the journey of the former WWE United States Champion.

Let’s address the elephant in the room: Ricochet is nowhere near the level of Stone Cold Steve Austin or The Rock when it comes to promo ability. It’s the reason that Lucha Underground gave him Konnan as a manager because his microphone skills were horrendous. Ricochet is nowhere near as bad as he used to be on the indie scene, but his charisma fails to stand out when a mic is in his hand. Here’s the thing, it’s been proven in the past that you don’t necessarily need top-notch promo skills to get over with the fans. Former WWE star Jeff Hardy is a prime example of this. The former WWE Champion was the hottest thing in professional wrestling back in 2009. However, Jeff Hardy had a star presence about him that made the wrestler stand out as unique. Hardy was the daredevil of the company and Vince McMahon took advantage of that special trait. With Hardy oozing with charisma and his devil may care attitude, fans gravitated towards him because he was truly a joy to watch onscreen. The most frustrating fact is that Ricochet is ten times the athlete that Jeff Hardy is. The amazing things that Ricochet has done in WWE thus far paled in comparison to the awe-inspiring moves he pulled off on the indie wrestling scene. Ricochet could’ve been the next Jeff Hardy. Yes, promo ability is vastly important in the WWE landscape.

Audiences care more about characters than wrestling ability. The reason modern talents such as CM Punk, Bray Wyatt, Becky Lynch, Enzo, and Daniel Bryan got over with the crowds is because of their character work. But Jeff Hardy was a character himself and you felt a superstar presence every time he stepped into the ring. It helped that the company actually treated him like a star during his second stint. NXT actually treated Ricochet like a star, and despite his mediocre promo abilities, most fans were receptive of the popular independent talent. However, Ricochet’s move up to the main roster was a disaster. The company instantly branded him as a mid-card talent by putting Ricochet in a makeshift tag team with Aleister Black and never gave him much to work with from a storyline perspective. Still, he was given a decent push and though Ricochet wasn’t exactly pulling out the spectacular moves that he did on the indie scene, he was presented in a decent light. That was until the company decided to make him a dork. Trying to bank on the superhero craze, they branded him as a real-life superhero. Problem is, Ricochet wasn’t doing anything different that made him stand out from the pack. He was the living embodiment of tell, don’t show, and constantly reminding audiences that he was a superhero actually turned fans off of him.

However, the most damaging moment in his career came at the hands of him being squashed by Brock Lesnar. It was bad enough that the build consisted of the company essentially telling audiences that Ricochet wasn’t in the league of Brock Lesnar. This could’ve been an incredible underdog story that saw the former United States Champion use his quickness and unique aerial move set to get the better of Lesnar until one mistake costed him the title. Nobody expected Ricochet to win because it was so close to WrestleMania, but a star performance would’ve skyrocketed his stock in the eyes of many fans. Ricochet was buried beyond belief, and it further proved that the company didn’t see anything special in the young man. Ricochet may not be a star on the microphone, but he has all the tools in the world to be in the main event scene. The Ultimate Warrior, Goldberg, and Brock Lesnar (early in his career) were also bad promos, but they felt like stars because the company booked them that way. Hide the weakness and highlight the strengths. Instead, the company opted to hide the strength of what got him over in the first place. It’s not too late to repair the image of Ricochet, though that squash match really damaged his credibility. The company could’ve had the next Jeff Hardy on their hands, and hopefully someday, Vince McMahon realizes the money left on the table.