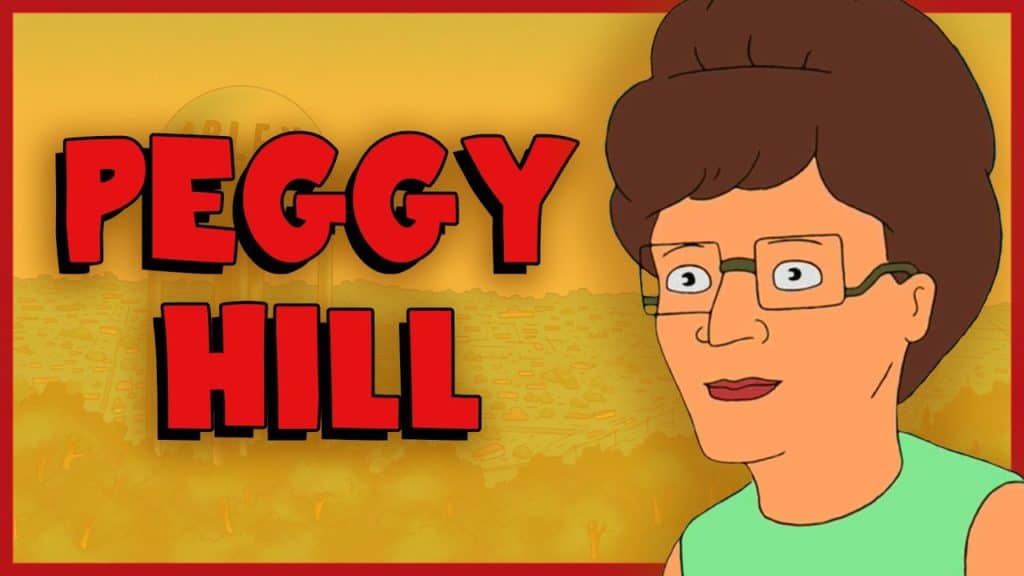 It definitely feels that this choice would bring up a few arguments that might actually get heated, but I’m going to stand by my pick for a few simple reasons. One is that it’s very easy for a character in a sitcom, animated or not, to come off as bossy, pushy, and not at all sorry for the things they do or say, but Peggy Hill still takes the cake on The King of the Hill. She wasn’t just a bossy woman, she was a narcissistic individual that thought and believed that she was greater than she was, no matter who disagreed. Her husband Hank would stand up for her, as he should have, but even he had to realize at times that Peggy wasn’t such a great person no matter what her own self-confidence told her. While she was good at some things, she believed that she was good at everything and capable of doing anything. If it had been proven by the writers that she was in fact that good, it might be that she wouldn’t have been picked for this designation, but all in all, she believed in herself but didn’t want to see the reality.

Peggy wasn’t a horrible person to be fair, since she cared for her family and those around her, but when it came to admitting her own faults and shortcomings, she suddenly became blind and not even a slight bit humble. A lot of the time she was the type that strode forward and simply ignored anything that might have been a negative review of her life. The one thing that can be said about villains and bad people in sitcoms is that a lot of them do own it, they understand that they’re bad and will accept it in the name of keeping their own persona alive and well. Peggy didn’t own her failures in terms of her character or when it came to the fact that she couldn’t do all the things that she thought she could. Peggy had a forceful personality that allowed her to bull her way forward without listening to any doubters, but there were a lot of times when she needed to slow up and look around.

The truth is, those that push forward and continue to think that they’re doing awesome without taking any feedback from those around them are worse than villains that will own their actions and admit to them. It sounds like a ridiculous thing to say, doesn’t it? A lot of people might say that a confident woman in a sitcom is better than five villains that own up to their evil any day, but the thing is, the villains know what they’re doing and they’re willing to stand up for what they’re doing. Peggy would never stand up for her mistakes, she would sob and weep over them as though the world was picking on her for one reason or another. After that she would get up and stride forward again, either doing things the way she wanted or finding another way that might produce results but would still show that she wasn’t willing to reflect on the idea that she wasn’t such a magnificent person.

This kind of ego and confidence is enough to make a person roll their eyes and shake their head. Peggy had plenty of self-confidence, but she had very little reason to enjoy herself this much. She was a substitute teacher that lorded it over everyone that she was an educator, or tried to, and often tried to pass herself off as a big deal when a lot of people knew nothing about her. This is the type of person that, in real life, a lot of people might roll their eyes at as she tried to generate a buzz about her work when in truth she was important in her family but nowhere else. One could say that Peggy did her absolute best to be the kind of person she wanted to be, but the fact is that while there are other characters on this show that were ridiculous in their ways, Peggy was the worst since she willfully ignored her own faults. Dale was a moron that believed every conspiracy theory that came his way, Bill was an even bigger dolt but he was a loyal friend, most of the time anyway, and Boomhauer was, well, he was the cool guy of the group that was there but didn’t involve himself in the nonsense that often.

As for Hank and Bobby, sigh, they were too dull and way too odd respectively to fall into the extreme of the best or worst character. Peggy was by far an extreme character since she took initiative and became the type of character that felt the need to hype everyone up whether they wanted it or not. If not for her inability to see her own faults she might have missed out on the worst character designation.