Home
Movies
Why Major Grom: Plague Doctor Might Be Worth Checking Out 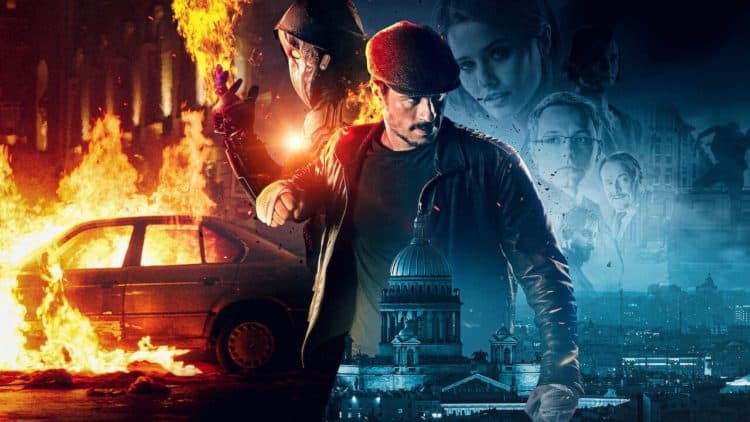 The number of titles that Netflix currently has on its site is simply staggering when one takes into account everything that it’s pushing at this time, but while some of them aren’t performing quite as well as they probably should be, there are interesting movies such as Major Grom: Plague Doctor, that has been performing quite well in various areas of the world. The realization that certain stories do manage to catch the attention of various people due to their location, their story, and the ability of the audience to relate to them is very real. A lot of times there are plenty of shows and movies that will take on a universal appeal to many people throughout many countries, but when it comes to this particular movie it doesn’t appear to be doing well in every country, but in Russia, it’s been apparent that people can’t get enough of it. That kind of goes to show that every place is going to be different when it comes to what they like and what’s valued the most in terms of a story.

Obviously, plenty of stories from every nation have been of interest to a lot of people all over the world. But the big earners are those that tend to be seen to succeed in more than just one country. With that being said, this movie has still been gaining attention here and there as more and more people are turned on to it. With so many movies and shows on Netflix, it’s easy to think that Major Grom wouldn’t be the hottest thing going, but like many movies that might not get a lot of attention, this movie has gained a following that will probably keep it around for a while to come. When one looks at the list that Netflix boasts it’s very easy to realize that some of the movies on the site have been there for a while and haven’t been recycled yet, which gives a great deal of hope that this movie will last for a while so that people can tune in and see what it’s all about.

After reading through the synopsis the movie does sound like something that might be interesting since it does take a very familiar route, but perhaps this is why some people aren’t enjoying it quite as much. Some folks are always looking for something bigger and better, however, it does feel as though this movie might have been taken for granted since the whole plague doctor look is actually pretty cool and shouldn’t be so easily discounted. The vigilante angle is definitely something that’s been done throughout various movies and TV shows since if one is really going to be honest about it, superheroes are costumed vigilantes that usually don’t have a government sanction and are therefore violating the laws of whatever country they’re in. The fact that they get anything done is because they operate outside of the law and aren’t bound by the strict and rigid ideas that are seen to give even the worst criminals the benefit of doubt. Some folks actually don’t agree with this or like it since the whole idea of being seen as special because one gets results is a dangerous precedent to set. But then again, many people love this idea right up until they think about the real-life consequences of allowing vigilantes to roam wild throughout society.

The vigilante idea in any movie is bound to be popular up to a point, but it’s also likely that it will wear thin unless those creating the story are willing to do something inventive and pull out all the stops. According to the fan reaction, this movie has done that in some regards, though there are likely a few solid reasons why critics haven’t taken to it. The superhero genre has taken on many different forms, and while this movie is definitely not the same as many of those that have been seen, it’s likely that critics might think that it comes too close to the mark to really be as unique as it’s trying to portray itself. Normally I’d say not to listen too closely to critics, but there are times when they speak sense, though it might not be this time since the idea of a vigilante in a plague doctor mask running around hurling fire at people is something you don’t see that often.

It’s very possible that Major Grom: Plague Doctor will remain a popular title with fans, at least until something new and even more attractive comes along. But for now, it would appear that it’s worth a watch and that people might think about asking if there could be another one on the way at some point. Hey, it never hurts to ask, especially since it could present a challenge to the creators.