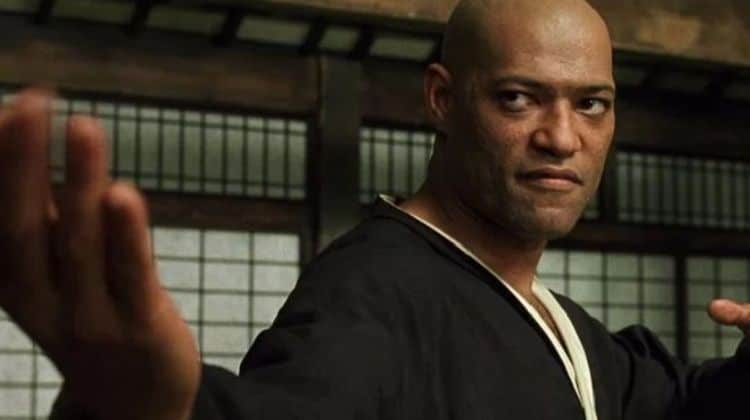 It’s amusing to hear what a director says when asked about why a certain actor didn’t take on a role that was created for them as opposed to what an actor will say. Listening to Quentin Tarantino one would hear that the role of Jules in Pulp Fiction was crafted with Fishburne in mind and that it just wasn’t a big enough role for him. But Laurence has gone on record by stating that not only is Tarantino wrong about this but that his reason for walking away from the role was the heroin use in the movie and how loose it was when it came to the way it was presented. Of course, everyone is going to have a different opinion on how these scenes played out since the overdose and the adrenaline shot were pretty intense, but for Laurence, it was just too much and didn’t strike him as the best situation to put himself in since he didn’t agree with the subject matter. He didn’t agree with the way that casual drug use was presented and he stuck to his guns so to speak, allowing Samuel L. Jackson to slide in and take the part and make it iconic in the way that only he can. It doesn’t sound as though Fishburne really laments losing this role, but it does sound as though Tarantino is of one mind why it happened and Laurence is of another.

In the long run, it’s not that big of a deal since Laurence Fishburne has gone on to have quite the career and it turns out the Samuel L. Jackson playing the part of Jules was probably one of the best ideas ever since he brought the kind of hard edge to the role that Laurence just isn’t that well known for. Think about the movies you might have seen him in and then think about his level of mania versus Jackson’s. The two are pretty different when put side by side since Laurence’s loud moments are more like a rolling crescendo that takes time to build while Jackson’s are a whip crack that can strike out of nowhere and then fade off quickly as he calms down. The way that Jackson played the character of Jules is definitely what helped to make Pulp Fiction as great as it was and had Fishburne taken the role it’s likely that the movie would have come out quite a bit differently. Between the two men, Fishburne sounds more like a mentor and calm, reasonable teacher than Jackson, who is more about action and getting things done then laying back and taking the time to teach others. Jackson has definitely played roles where he takes on the role of the mentor, such as Coach Carter, but in comparison to Fishburne, he’s still a lot edgier and not quite as composed that often. Both men play to their strengths and both of them are great at what they do, but when it comes to the character of Jules there’s no doubt that an edge was needed, and Jackson was the right man for it.

When talking about the drug use in the movie it’s kind of a subjective thing at best since some people don’t really worry too much about it since it’s fictional while others may think that it glorifies the whole idea behind drug abuse and what can really happen. If there’s any glorification though then it’s short-lived since trying to plunge an adrenaline shot into someone’s chest when they’re dying of an overdose would be absolutely terrifying in real life, and in the movie, it’s a moment that a lot of people can’t bring themselves to watch. As far as Laurence Fishburne is concerned it was the dealbreaker for him since he didn’t want to be involved with the movie since the drug use was a little too much for his sensibilities. Some might have mocked him for this and perhaps even stated that he was being way too sensitive, but the truth is that not every actor is beholden to the directors that want to take them on and Laurence had nothing saying that he needed to take the role since he’d already become an established actor quite a while ago and his career never really suffered when he didn’t take it.

Whatever else Tarantino has said about Fishburne’s refusal to be in the movie is kind of a moot point since Samuel L. Jackson really nailed the role and it’s been a part of cinematic history for a while now. Thinking that Fishburne could have done any better than Jackson in the role feels silly to say since as I mentioned above, both men have their strengths and they tend to play to them in the best way they can. Fishburne didn’t want the role, simple as that.