Home
Entertainment
Why Do Adam Sandler Movies Get So Much Hate? 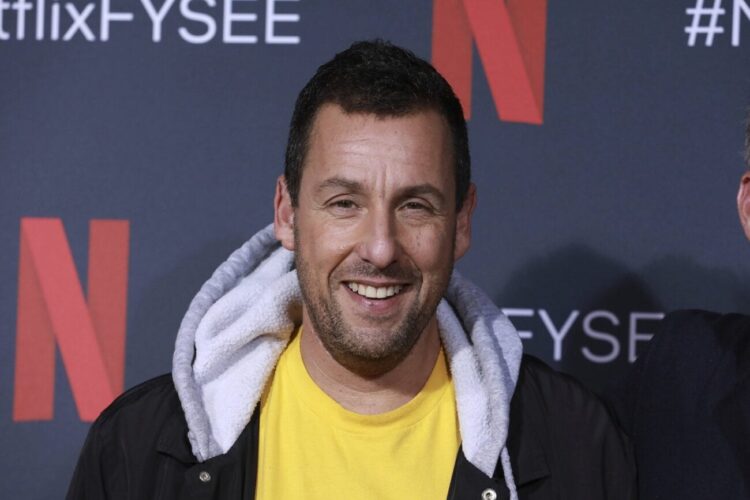 It’s an amusing question to be fair since a lot of people might hate on Sandler, but at the same time, they’ll at least watch his movies to see if they’re any good or not. But for years now it does feel as though Adam Sandler has taken a lot of heat for a good number of his movies, which makes it easy to question why this is. A good answer that presents itself in many articles offering up an explanation is that he hasn’t been creating the same types of movies that he used to when he was younger, as he’s changed his characters along with his life as he’s grown up and stopped being a man-child, or has stopped doing it as much anyway. Ever since he became a family man, Sandler has been more into family films than anything else, even though he’s done plenty of other movies as well over the years. But there’s no denying that he’s changed up his act quite a bit since the Billy Madison days. Back in the day when he was acting nuts, a lot of people grew used to his act and were sold on Billy Madison, Happy Gilmore, and The Waterboy.

Fast forward to the moment he started taking on family movies, and suddenly Adam was being ridiculed and laughed at, and not in a good way. He’s tried to be a dramatic actor and that didn’t work out quite as well until he caught the attention of a lot of fans with Uncut Gems, but even then it feels as though he’s been disrespected in a big way since then. It doesn’t appear to bother the guy since he’s been making money all the same, but making movies while people are dissing them left and right still sounds odd since one would imagine that a filmmaker and actor would want people to actually like their material.

Perhaps the trick is that Sandler has moved beyond the disrespect and doesn’t care. I mean, would you care if you were making that much money? The fact is that even if he hasn’t been making huge blockbusters for years now, Sandler has still been getting paid and taking care of his family, which should be the main goal of any family man. It might be that he traded the man-child persona for a solid family man role that would allow him to act a bit ridiculous at times but still show his dramatic chops. Movies such as Grown Ups and Grown Ups 2 have been looked at as fun but not quite as popular as the movies he’s made in the past. It does sound as though people want to see more of the man-child and less of the family man, and while he’s done some of that in his movies over the past couple of decades, he’s definitely moved away from the single, party animal type that just wants to have fun and has decided to stick with the family man routine most of the time. Thinking that people are going to hate on his movies for this is kind of silly, but at the same time, it’s indicative of how fans work and how their demands are going to shift from one extreme to the next.

As I mentioned above though, Sandler doesn’t appear to be sweating it too much. In fact, even with everything he’s done at this point and the flak he’s taken when it comes to his movies, he’s still pushing forward one idea after another, and he’s still showing up on Netflix regularly, so it’s easy to state that he’s not that bothered. Kudos to him if that’s the case since the guy has built his reputation and his name over the years in a way that makes it clear that he’s not going to be forgotten that easily. His style of comedy was a big hit back in the day when he came up with Billy Madison and kept rolling forward. In fact, his CDs and his SNL skits were great enough to get him noticed by a much bigger crowd, and most fans have stuck with him for a long time now.

It’s never going to be fully understood why fans shift their opinions and stances on certain actors and their works that often and without warning, but one thing is pretty certain, Sandler is one of those that can take the hits. He’s been a comedian for so long that it’s fair to think that he’s been able to take it since he started, and a few bad reviews and people hating on his movies aren’t going to stop him. Maybe one of these days he’ll get an Oscar and people will talk a little less, but it’s not likely. So long as he’s getting paid and can take care of his family though, that sounds like a pretty decent reward for his efforts.