Home
Movies
Why Countdown Was Mostly Ignored By Audiences 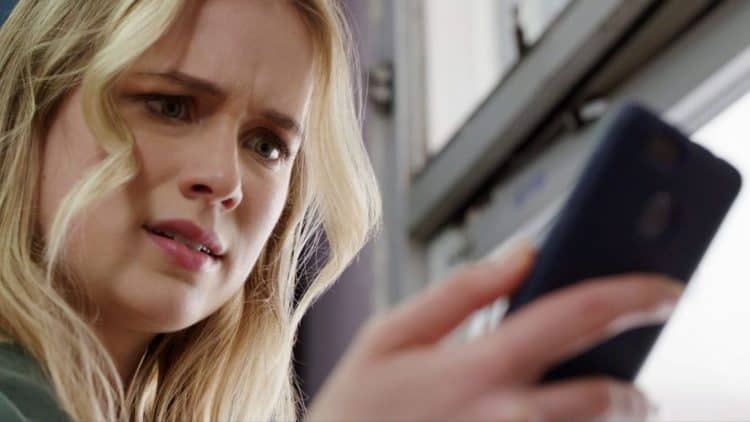 When Halloween rolls around, expect candy, creepy clowns, and horror movies. In 2019, that holiday was reserved for Countdown, which stars Elizabeth Lail and Jordan Calloway, with the film centering around a young nurse who downloads an app that has the ability to determine the exact date someone’s going to die. With Quinn, she’s given three days to live, and the young nurse must find a way to stop the curse before death closes in. On the surface, Countdown’s premise is mildly intriguing; however, the horror film was met with negative reviews by critics and currently sports a 26% on rotten tomatoes. Of course, critical reception isn’t an indication that a movie will bomb as evidenced by the Saw series, which felt bulletproof at the box office. Countdown was made for a budget of $6.5 million, so the film didn’t exactly light the box office on fire during its initial run; however, it made nearly $50 million worldwide, thus Countdown was far from a flop. However, given the C+ CinemaScore and the lack of a sequel announcement (which was teased at the end), it’s fair to stay that Blumhouse Pictures understands that they don’t exactly have a big hit on their hands. So, what happened? Countdown arrived with little buzz and failed to gain traction as weeks went on. Let’s dive deeper into the reason most audiences ignored the 2019 horror feature.

At the end of the day, Countdown felt like Final Destination’s distant cousin. While the original premise of both films differs, Countdown unintentional plays out as a Final Destination film, with death stalking down and killing victims whose timer runs out. Unfortunately, the fun was stripped out of Countdown, unlike Final Destination. I know it isn’t exactly fair to compare the two films as Countdown isn’t trying to be a FD clone, but it’s hard to overlook certain aspects compared to the well-known franchise. The kills are very lackluster in Countdown. In truth, a horror movie doesn’t need an R-Rating to be great. A Quiet Place, The Ring, Drag Me to Hell, and Poltergeist have proven that. However, Countdown isn’t a psychological or character driven piece, its premise is about an app that kills people, meaning that death is a focal point of the film. Final Destination understood its premise and had fun with it by providing over-the-top gory and inventive kills. Of course, suspense and passable to decent characters help pad out the runtime of the FD films. None of the characters are particularly interesting in Countdown, with the forced romance between Quinn and Matt failing to generate any type of heat. The kills needed to deliver here.

Countdown could’ve gone the campy and cartoonish route like Drag Me to Hell, but the film oddly chooses between deadly serious and forced comedy, which results in cringe worthy dialogue and a confusing tone. Countdown has somewhat of an interesting premise, but it’s too silly to take seriously. That’s why this should’ve been a full-blown horror/comedy.  The lack of energy behind the film really squanders its potential. The script is the main problem here, as it doesn’t feel that the writers know what it wants to be. There are too many unnecessary subplots, one of them being about the protagonist being sexually harassed by a doctor. It doesn’t have anything to add to the overall plot. Its main purpose is to justify Quinn trying to kill Dr. Sullivan, but even that plan goes bust and his end result is simply him going to jail. The whole storyline feels awkwardly forced, as does the comedic Father John. Countdown doesn’t really present itself as a horror/comedy like Happy Death Day, so when Father John joins the group, his humor fails to connect because A) the tonal shift really breaks the tension and suspense of the film and B) the humor is extremely bland and predictable. Countdown’s premise may have gotten some of the audience’s attention; however, bad word-of-mouth and the PG-13 rating likely held them back from investing into the film.

Joker Was the Biggest Film Of the Fall Season

Joker was the hottest movie in the world at the time. Sure, Countdown provided horror movie thrills for the special Halloween weekend; however, there was simply no stopping the extremely popular DC film. By the end of its run, the Todd Philips vehicle made over $1 billion dollars. If audiences really wanted to check out some horror that weekend then Zombieland: Double Tap and The Lighthouse were two viable options as well. Both films were received better by critics and while the former is more action/comedy than horror, zombies are still a main staple when it comes to the lure of Halloween.