Home
Entertainment
Why Animal Crossing Should be Turned into a Movie 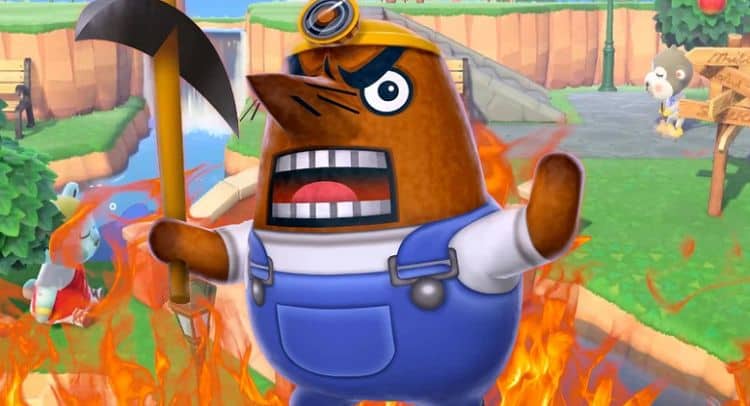 This could be a live action/animated hybrid really and it might be kind of interesting to see brought to a streaming network, though it would have to wait since at this point production is pretty much down and unless someone can do this all on their own, or pass the project from PC to PC it wouldn’t be all that possible. But Animal Crossing, a game that was basically created to create the need for and understanding of social stimulation for a few different platforms, is something that could possibly be an inviting and cute type of movie that might be okay for kids considering that a lot of what’s available these days is kind of eye-popping when it comes to content and the overall look that many series take on. As far as being okay for kids it wouldn’t be something that would raise a lot of red flags since the game is pretty innocent. What little idea of music piracy there might have been was discounted by Nintendo since the message behind one of the main characters letting his music be ‘free’ is that he wanted to share his music, not keep it bottled up. These days messages are a big thing though, and being clear and concise is necessary and extremely important since otherwise a lot of people tend to get bent out of shape and tend to take things the wrong way.

One of the best parts about this game is that there are really no defined objectives that a player has to fulfill to keep the game going since it’s an open-ended game that can be played to the heart’s content and is bound to come up with something that the player will find enticing. The thing about this as a movie though is that it would eventually have a point A and a point B that would need to be met by the main characters as the story progressed. It would in a sense explore the world of the game in a way that would hopefully make sense to the audience and follow one story that would take the viewer across the breadth of the world to show just enough of what the game has to offer. It could even be a boost for the game if the movie was crafted in a way that was intriguing enough to get people to play the game in greater numbers. So far the games have gained a positive response and have been ongoing as new versions have been seen throughout the years and things have changed accordingly to keep people interested.

In fact the only problem with a game being this big is that choosing just which way to take the story might be kind of difficult since there are usually so many different ways a video game movie can go, and often the result is never really something that’s universally-loved by the fans. There’s usually something that was missed, something that wasn’t included, and something that was misrepresented in a way that people just couldn’t get behind. Throughout the years though, writing teams and directors have been getting slightly better when it comes to adapting video games to the movies, though it does feel as though some still have a long way to go. As a movie it does feel as though Animal Crossing might be better off as a streaming movie or possibly a series that could continue onward for a while as the main characters could develop and the world could broaden in a way that the fans might appreciate. If current trends are anything to go by, there have been enough ideas when it comes to streaming that have been widely accepted by the fans to make it possible to adapt something like this in a manner that would be embraced by the people. It might take a while to get off the ground, especially given the current circumstances, but it does feel as though Animal Crossing could be a very popular idea at Netflix since the streaming giant is almost always ready to hear an idea and might even pick it up without any real hemming and hawing, once it’s able to do so of course.

It’s kind of ironic to think about pushing a game that is all about social stimulation when right now most of society is trying their best to stay away from each other, but it’s an idea that might as well be put out there all the same since the hope is that Hollywood will be back on track eventually. Once we’ve put the coronavirus behind us, and business as usual can get going again, it’s bound to be a good idea to have a few prospects on hand should such a thing be needed. Just in case. Damien McFerran of NintendoLife has a little something to say to us all though on that count.