Home
Television
Who Would Win a Green Arrow Vs Batman Cinematic Fight? 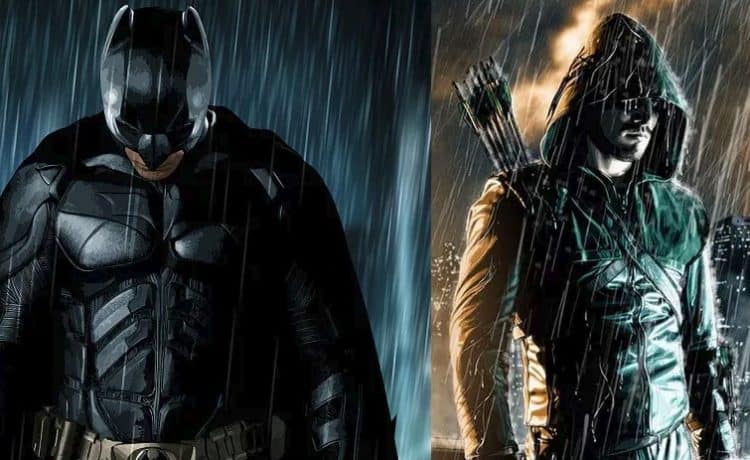 Right now let’s put away the idea that both Green Arrow and Batman are superheroes and would never fight, because even in the comics that latter point isn’t true. Heroes have fought one another quite often in the comics since differing ideals and practices have at times kept them apart. Green Arrow and Batman tend to differ since Arrow doesn’t mind killing people if it serves his purpose while Batman usually tries to end a fight with minimal or no loss of life, as he still believes in the justice system of Gotham. It’s kind of funny that the same justice system he believes in has failed more times than he’s put his enemies away. In a classic knockdown, drag-out brawl between these two iconic heroes though it’s very fair to say that it would be closer than many would think. A lot of people would give the victory to Batman without really looking at the stats or the fighting styles that both heroes employs. Many fans would point out that Batman has mastered over 100 fighting styles and could cripple Green Arrow in many different ways. But then a lot of them might be overlooking Arrow’s unpredictable nature and They would also be overlooking the fact that Batman and Green Arrow are a closer match when it comes to physicality than many realize.

But let’s talk about a couple of things and why the turnout would be hard to call.

Setting is one big key to victory.

Both men have fought in some of the toughest conditions and some of the worst areas around and have come out victorious. But in certain settings it would seem that one or the other would have a distinct advantage. If this were a death battle Oliver could possibly set up a shot from much further out and simply lie in wait for Batman. But then again Batman does come prepared with so many contingency plans that catching him off guard is just about impossible if he’s prepared himself. Arrow would have to find a way to do the unexpected and get Batman off his game, which is very, very tough. Barring that each man would have to find a way to use the environment to their best advantage and possibly gain the upper hand on their opponent. While Batman might need mid to close range for a lot of his weapons and gadgets, Arrow could possibly locate a spot where sniping positions would be plentiful and not too far away from one another. It’d be interesting to see Batman try to knock an arrow out of the air when he doesn’t know where it’s coming from.

Green Arrow is a rather unconventional fighter at times that can use just about anything he can find that’s worthy of being a weapon to great use. Batman is just as resourceful in many ways but it would seem that Arrow might have the edge on this one and could perhaps the element of surprise to upset Batman’s carefully laid plans and do something that might give him the edge in the fight, if only for a moment or two. But really if you’re able to fire off as many arrows in a matter of seconds as Green Arrow can then a moment or two should be enough to get the drop on just about anyone. Granted, Batman is very hard to surprise, but he’s human, he’s not possessed of senses that are so acute that he can predict when every attack is coming.

In the end it comes down to who can surprise who.

If the two went toe to toe, no holds barred, Batman would win pretty easily since despite being in superb shape Arrow is not a physical match for Batman’s skills and would go down eventually. But if the fight is kept at a distance and Green Arrow can somehow find a way to keep Batman from zeroing in on him, good luck with that, then he could possibly elude and evade long enough to sink one or two of his arrows into the Batman and cause some major trauma. Or he could use his specialty arrows and really mess Batman up in an attempt to make him use everything he has just to keep up and stay in the fight. So yeah, in the movies it would all depend on the writers, but in truth it seems like Green Arrow vs. Batman would be a close call and one that would benefit from adding in some interesting and useful settings.

Think of it this way, if Batman can’t see or hear the arrow coming then Arrow could take him pretty simply. But if Oliver decides to throw hands with Batman then he’s already lost.