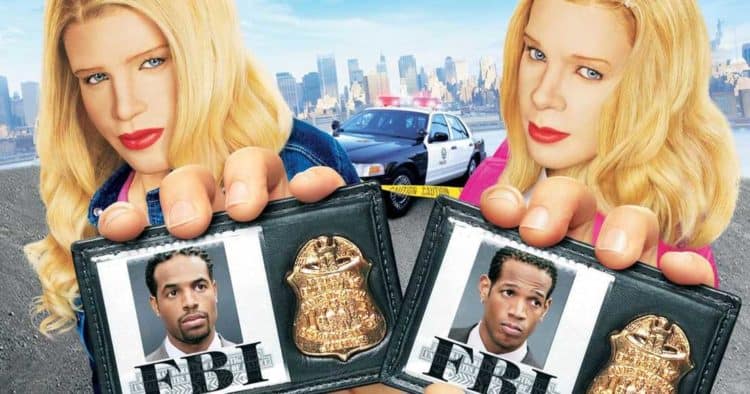 If you’re rolling your eyes right now it’s likely that you’re not the only one since despite the fact that White Chicks somehow made a profit back in the early 2000s there doesn’t seem to be a lot of hope that it could do the same as of now. Let’s not be too rash, Shawn and Marlon Wayans are both hilarious when it comes to comedy and Terry Crews is no slouch since he’s a great actor. But quite honestly it’d be better to see another Scary Movie than to see a White Chicks 2 movie, especially with the idea that the two main actors arguably had their cover blown at the end of the first movie. But hey, it’s Hollywood, people find ways to move around that kind of stuff all the time.

Perhaps the most disturbing thing about this movie was the fact that no matter how much makeup or enhancement was put on either man neither one looked all that feminine, not in the slightest. And then of course there were noticeable traits that only movie magic can hide such as Adam’s apples, the fact that both ‘women’ were so much stronger than people remembered them being, and of course the idea that a woman’s voice can drop so many octaves when she’s angered. Movie magic, remember? That’s not even mentioning the fact that they didn’t look a thing like the two women they were supposed to be impersonating, so more movie magic. But people were willing to line up and purchase a ticket for this movie during its run, which in the long run is what really matters since it did make money despite the fact that it was lost from memory pretty quickly after that.

The fact that Terry Crews and the Wayans want to revisit this idea is further proof that there’s not a lot going on at the moment in some areas of show business since having to go back to ideas whose time has kind of come and gone is something that speaks of desperation and a lack of any innovation on the part of producers and writers alike. Ryan Scott from MovieWeb seems kind of doubtful as well as he cites that movies such as Anchorman 2 and Zoolander 2 didn’t do too well since the sequels took some time to come out. This almost seems like it would be the same thing since quite honestly it’s been well over a decade and White Chicks has become one of the several movies you might find showing up on Netflix now and again and clicked if someone is truly interested in watching it. Otherwise a lot of folks could probably go an entire year without even thinking about the movie.

The premise seems to be what’s confusing since it would have to take on a whole different look. Terry Crews and the Wayans apparently say this is happening, but are being very close-lipped about it and aren’t willing to share all that much. For some folks this means that the movie could actually have some value to it and be something that’s worth the wait, but for others it’s a chance to say ‘why bother?’. In truth the movie, despite being a financial success, wasn’t all that great and kind of left people wanting when it came to the comedic part of it. Being completely honest here, the different between this and the Scary Movie franchise is that the spoof idea was great when it was still popular and had the advantage of working across a couple of different genres and really allowing the Wayans to make use of their more comedic side while minimizing the drama and need for any deep and emotional development. White Chicks wasn’t just a comedy after all, it was also a movie that went into the relationship between the two agents and the women they were interacting with throughout the movie. While a lot of the movie was based around deception there was also an attempt to make some real connections within the script as well, and unfortunately it fell a bit flat since the comedy portions attempted to take over too often and thus made them feel awkward at best.

The Wayans are good at comedy and they’re good at drama, but putting them together still seems like a work in progress, something that is better hashed out on TV or on Netflix, where this movie could end up, rather than on the big screen where it could be a huge embarrassment. Overall White Chicks 2 doesn’t sound all that promising, but if I’m proven wrong then I’ll openly admit it. The bad part is that sequels that take this long to finally come around don’t tend to go off without a hitch. The chances that this one will defy expectations aren’t that high at the moment.