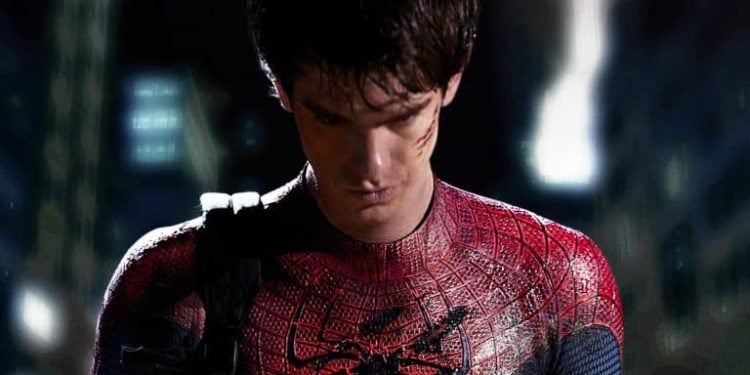 If you haven’t seen Spider-Man: No Way Home yet, please do. Spoiler alert: guess who comes back? Oh, just Andrew Garfield and Tobey Maguire, that’s all. That was quite the surprise, even though we all heard the rumors. What do you expect, we fans like to talk about this stuff and we all knew it was going to happen. As soon as Jamie Foxx and Alfred Molina were confirmed to be reprising their roles as Electro and Doctor Octopus, I took that as all bets were officially off. Months of speculation and all three actors denying the rumors became a regular thing for the year of 2021 and it made all the anticipation even greater. When the time for the movie’s release finally came, seeing the two original Spider-Men back on the big-screen was a moment of pure cinema glory. The fact that we all knew it was coming didn’t even ruin the moment. If you’re like me and grew up in the 2000s, then Tobey Maguire was your Peter Parker/Spider-Man. In that case, it’s impossible to replace papa Tobey, but I must say, it was incredibly refreshing to see Andrew Garfield finally get his well-deserved recognition.

After seeing him act as the middle brother in the live-action Spider-Men trio and as the more bitter and disillusioned Spider-Man, I think we can officially claim that No Way Home gave him the chance to show us what he’s truly capable of as Spider-Man. On top of that, his Spider-Man finally got the chance to find redemption when he saved MJ from falling to her death. If you all still remember The Amazing Spider-Man 2, which few of us do, his failure to save Gwen Stacy nearly ended his crimefighting career. The ending of that movie showed him attempting to move on, but as seen in No Way Home, Gwen’s death continued to haunt him. It’s a shame Andrew Garfield never got to continue this arc in The Amazing Spider-Man 3, but after seven years, we finally got to see what happened with him after his tragedy. He told the other Peter Parkers about Gwen and how he would never be able to forgive himself after her death. Talk all the smack you want about The Amazing Spider-Man 2, but seeing the death of Gwen Stacy recreated in that movie made us feel his pain. It made him understood loss and motivated him to help the grieving Tom Holland Peter Parker get his fighting spirit back. And when Tom Holland’s Spider-Man couldn’t save MJ from falling, Andrew Garfield got his chance to do what he couldn’t do in his last Spider-Man movie. He saved another major Spider-Man love interest and his reaction left us all in tears.

Boy, what a time to be a Spider-Man fan. Tobey Maguire made his long-awaited return as Spider-Man and Andrew Garfield finally received better treatment. Even seeing the younger and less-experienced Tom Holland take charge and lead the older and more experienced Spider-Men meant a lot for his character. We’ll be seeing more of his Spider-Man in future MCU movies, but what about Andrew Garfield? In fact, what about Tobey Maguire? Since Sam Raimi is directing Doctor Strange into the Multiverse, I don’t think it’s too crazy to think he might be making an appearance. And after that, maybe Spider-Man 4? Okay, maybe not, but Marvel and Sony have been surprising us lately, so who knows what to expect? Well, there’s a lot of fans pulling for another The Amazing Spider-Man movie with Andrew Garfield. After his triumphant return in No Way Home, I can certainly see why. But of course, we all know why those movies never made it too far. Old story, but in short, Sony tried to turn it into a big franchise right off the bat and it unfortunately backfired. The Amazing Spider-Man 2 was basically setting up for a Sinister Six movie that never happened. But you know what? It actually might happen now.

After the success of both Venom movies, Sony is once again pursuing their own cinematic universe. Who would’ve thought things would actually kick off well with a Venom movie? I didn’t, and I’m glad I was shown otherwise. And what’s the next movie set within this Sony Cinematic Universe? It was supposed to come out this month but now, the Morbius movie will be released in April. We know it’s set in the same universe as the Venom movies, but we’re all curious as to where Spider-Man lies in this universe. Does Spider-Man actually exist in their universe? And if he does, which Spider-Man is it? Based on the trailers for Morbius, it’s likely set in the same universe Andrew Garfield’s Spider-Man lives in. And if that’s the case, then Andrew Garfield could very well be returning in one of these solo villain movies. Take a look at the last Morbius trailer and in a blink-and-you’ll-miss-it moment, you can catch a glimpse of the Oscorp building. This is the same Oscorp logo we saw in The Amazing Spider-Man 2. Could this all be coincidence? Maybe it is, but I have a feeling Sony has something bigger in mind.

Okay, so maybe The Amazing Spider-Man 3 doesn’t sound too crazy. Andrew Garfield needs another shot and that could be his next best chance. But if that doesn’t happen, then why can’t we get him in another solo villain movie? Does anyone else wonder why Morbius is being delayed again? Okay, it’s probably because of the spiking Covid cases, but we should also consider the possibility of Andrew Garfield cameoing in it. Does anyone else wonder why Michael Keaton’s Vulture is in it? Of course we are, because it implies many things. After what happened in No Way Home and in Loki, the doors to the Multiverse are open. We are set to see many crossovers happen, hence the appearance of Michael Keaton in Morbius. And if it’s not Morbius, then Andrew Garfield could appear in another solo Sony villain film down the line. Who knows what else they’ve got planned, but I reckon they’re still pulling for that Sinister Six movie. No matter what you say, any Sinister Six needs a Spider-Man. Will Andrew Garfield return as Spider-Man to confront the villains of the Sony Universe? In this case, he wouldn’t really be fighting villains, since these guys are more like anti-heroes. This could lead to a very fun team-up with at least some of the villains, while some could very well turn hostile quickly.

There’s a lot to consider after watching No Way home. I think many fans would agree that Andrew Garfield should give us another performance, but when and where is the question. I wouldn’t rule out The Amazing Spider-Man 3 just yet, but I’d wait to see what happens with Morbius. Whatever happens after that, it should confirm if his movie and Venom’s movies are set in the same universe as Andrew Garfield’s Spider-Man. And if it indeed is, then we could be looking at his Spider-Man meeting these villains/anti-heroes and a very interesting crossover.